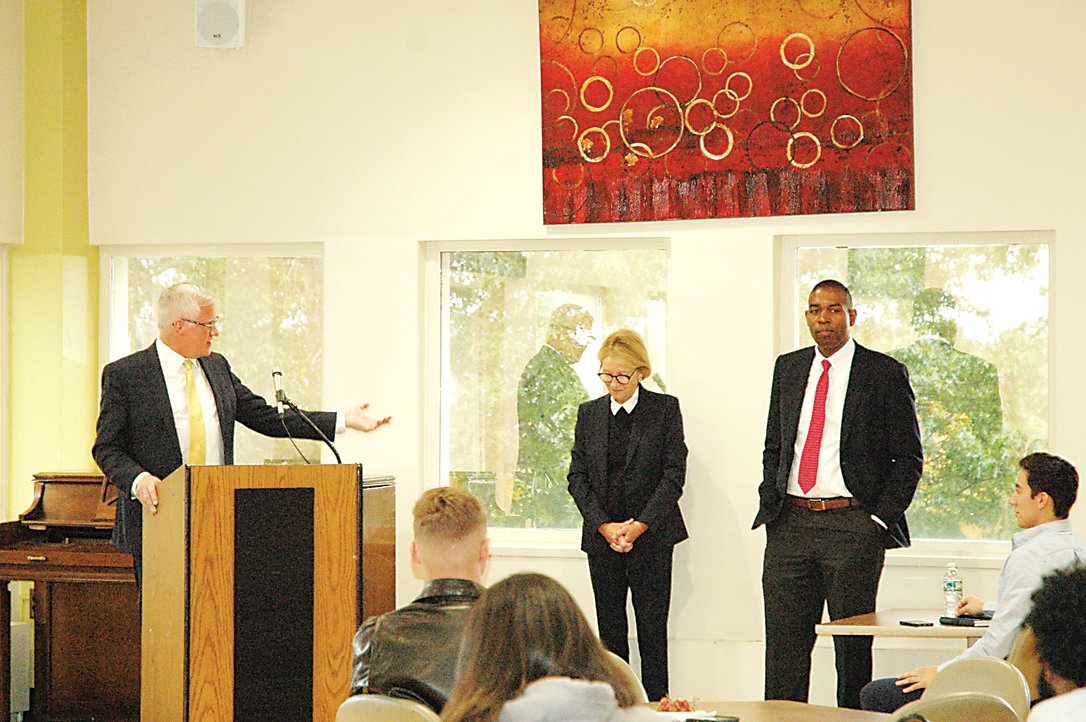 Delgado and Gunther were engaged with questions from SUNY Sullivan students on their jobs and the details of their employment, their personal background and how they came to be as they are now, and why public service is so important.

Delgado told listeners of his journey from being a student focusing his skills in law school, to his switch in careers to perform as a hip-hop artist, and finally landing on his current career path as a politician and a servant to the public.

Why “break the golden handcuffs” and turn to a life of public service? Delgado said it is because those who are blessed with good fortune and opportunity should be held responsible to figure out how to give back.

“If we don’t have real, genuine people who care about other people, then we’re in a tough spot,” Delgado told the crowd of students who are preparing to embark on their own careers.

“We were so fortunate to welcome Lt. Governor Delgado and Assemblywoman Gunther to campus [Tuesday]. They provided a bit of a master civics lesson to students regarding public service and following your own personal truth,” SUNY Sullivan President Jay Quaintance said.

“Students were very engaged and had great questions about the important work that elected officials do in the course of supporting a civil society for everyone.”

After their time visiting the college, Delgado and Gunther stopped by the South Fallsburg Youth and Senior Center.