Malcolm Spencer Brown passed from this life, with courage and purpose, on November 3, 2021. He died peacefully at home, his wife, Anne and daughter, Melissa by his side. 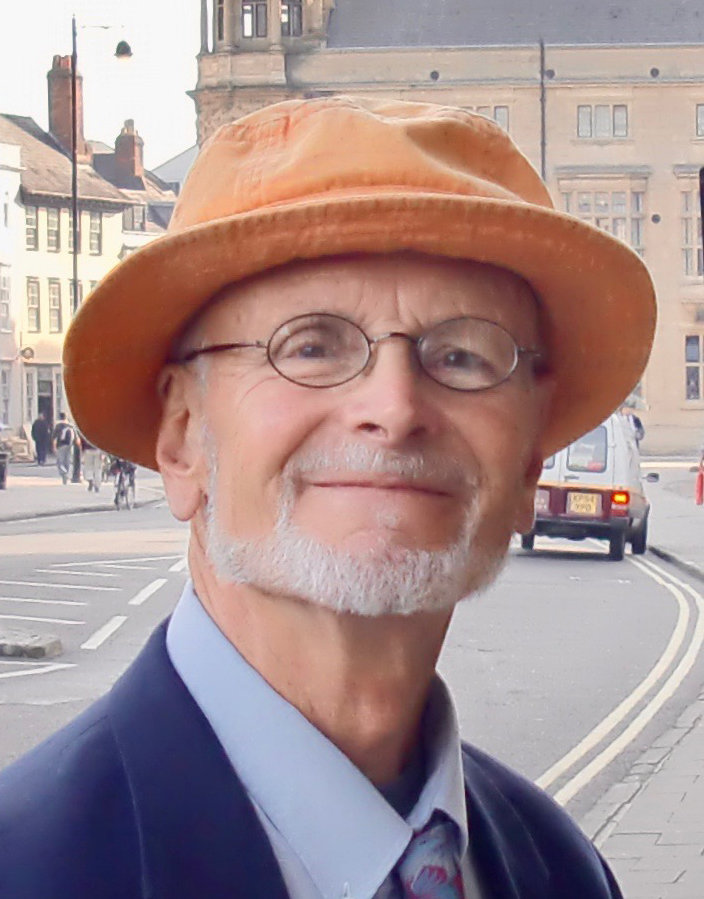 Malcolm Spencer Brown passed from this life, with courage and purpose, on November 3, 2021. He died peacefully at home, his wife, Anne and daughter, Melissa by his side.

A Renaissance man, Brown moved easily from philosophy to mathematics to environmental and social justice work. An Emeritus professor of Greek Philosophy at Brooklyn College and scholar on the works of Plato, Brown was also a pioneer in renewable energy and community-led public radio.

Born in Beirut, Lebanon, to missionary doctors Roswell and Enid Crump Brown, on February 27, 1932, Brown was raised in Buffalo, NY, and married three times. With his first wife, Carol Gardner, he had three children, Duncan, Charlotte, and Lydia. With his second, Virginia Hayden, he had two, Melissa and Greg. He is survived by his wife of 37 years, Anne Larsen, his brother Norm and family; Carol, Duncan and Lydia Brown; Virginia Brown, and Melissa Brown Neubauer, her husband Kurt, and grandchildren, Tess and Alec Neubauer. Also surviving are special friends, Kevin and Barbara Gref. He is predeceased by his son Greg, his daughter Charlotte, and his granddaughter Haley.

Malcolm graduated Amherst College in 1953, received his doctorate from Columbia University, and taught Philosophy in colleges including Reed, St. John’s (Annapolis), Barnard, and 17 years at Brooklyn College and CUNY Graduate Center. While at Barnard College, he was known for getting to class by biking across the George Washington bridge from his home in Leonia, NJ. In 1970, he spent a year as fellow at the Center for Hellenic Studies in DC pursuing his research into mathematics at the Old Academy. At CUNY, he was a pioneer in integrating computers in humanities research and through the 1970s arduously transliterated Greek to machine-readable form. He published a word concordance to Euclid and other ancient authors using modems, mainframes and aided by his student and lifelong friend, Philippe Charles. In the 1970s and early 1980s Brown published and presented papers at scholarly conferences in the U.S., France, and England. He also edited texts still in use in college classrooms.

After marrying Anne on a bike trip to Alaska in 1985, Malcolm took early retirement from his academic duties to pursue his other interests, moving to an “unrenovated” barn with scant running water, wood heat, and an outhouse in New York’s Catskill Mountains. There, he farmed, kept up to 60 beehives, and started another phase of his life. He and Anne developed a micro-hydro facility on a small dam in Jeffersonville, NY, negotiated a contract with the utility company, and founded community public radio station WJFF on adjacent land in 1990, thereby creating the only directly hydro-powered station in the nation. Malcolm joined in the physical labor on all his projects, alongside construction workers and many volunteers, and when it was time to hang the transmitter, he climbed the tower with the engineer. He also took his turn doing on-air announcing with a particularly soothing, yet confident, on-air demeanor, leading one listener to comment, “If I have to hear about the end of the world, I want to hear Malcolm’s voice tell me.” (wjffradio.org)

In 1992, he spent a year in post-Communist Bulgaria, where he taught philosophy, while Anne established a library at a newly established liberal arts college, the American University of Bulgaria. On their return, they opened The Good Earth health food store on Main Street, Jeffersonville. After several years, they moved to Hull, Massachusetts, where Malcolm championed wind power, getting elected to the Light Board on a renewable energy platform. The first commercial-sized turbine on the East Coast, Hull Wind 1, started producing power in 2001, followed by the first turbine on a capped landfill, Hull Wind 2. Malcolm was aptly called “the Johnny Appleseed of Wind” due to his tireless work spreading Hull’s accomplishments to other Massachusetts towns. (hullwind.com)

In later years, Malcolm returned to his scholarly work, researching at Harvard University and visiting manuscript collections and scholars in Oxford, Helsinki, Amsterdam, Rome, Florence, and Venice. In 2004, he delivered that year’s Rosamond Sprague Lecture in South Carolina, “Theaetetus, the Man and his Work: recovering some fragments.” In it, he announced his idea of putting up for digital access the A.E. Taylor translation of Plato’s Theaetetus, now in manuscript at University of Edinburgh’s library. His interest in computerized open access led him to facilitate the digitization of Venetus T at the Biblioteca Marciana in Venice. As was often the case, he connected people, asking questions, and discovered the Venetian photographer was the nephew of an Amherst classmate. His scholarship continued to the end, with the last posting to his website in Summer 2021. (YoungerSocrates.com)

Some might be tempted to reduce Malcolm’s greatest power to his intellect alone, based on his razor-sharp mind and seemingly endless access to the data stored within. It would be a mistake to discount his other charms, which included gifts traditionally attributed to the right brain. He taught himself to whittle wood into art pieces, including a set of figural chess pieces, he sang with a choir, taught himself to play the recorder, devised his own hand-made sundials (including one made by slicing a tennis ball in half), and solved every manner of life’s puzzles with his own creatively engineered tools. Malcolm’s extraordinarily sensitive nature allowed him to “read” emotions in every given circumstance. He was greatly protective of others’ feelings, even restraining himself from owning up to his superior mind if there could be any hint of arrogance attached. He was playful and sly and took pleasure in wordplay and gentle teasing. He was not shy to express his love and approached all people with kindness, interest, and respect. Malcolm was given equal pleasure by a joyful greeting by Roberto, a busman at the Blue Colony Diner, and being complimented on his French by President Mitterrand.

A social justice activist, he put his body on the line repeatedly, including in his 80s at the massive 2017 anti-Trump Women’s March. During the Vietnam War, he proved via solar angle analysis that a magazine cover of an anti-war march had been falsely time stamped to reflect a smaller crowd. He was ahead of his time in many things, from recycling in the 70’s to driving electric cars in the 90’s, to his present plug-in Volt. Biden administration’s actions on climate change, renewable energy, high speed rail, offshore windfarms, and nationwide charging stations allowed him to die confident about the future.

Malcolm’s scholarship searched for hapax legomena, words or expressions that occur just once, to identify varying authorship in ancient texts. Hapax legomenon is a transliteration of Greek ἅἅπαξ λεγόμενον, meaning “being said once.” As a human, he was just that: singular and unique, and will be sorely missed by the many who loved and admired him.

There will be no funeral or visitation. A future life celebration is planned. To be informed, email MalcolmBrownEvent@gmail.com. Memorial contributions may be made to Catskill Mountain Institute dba The Malcolm Brown Institute for Purposeful Living, PO Box 567, Jeffersonville, NY, 12748 (themalcolmbrowninstitute.org), the ACLU or plant a tree in his honor.