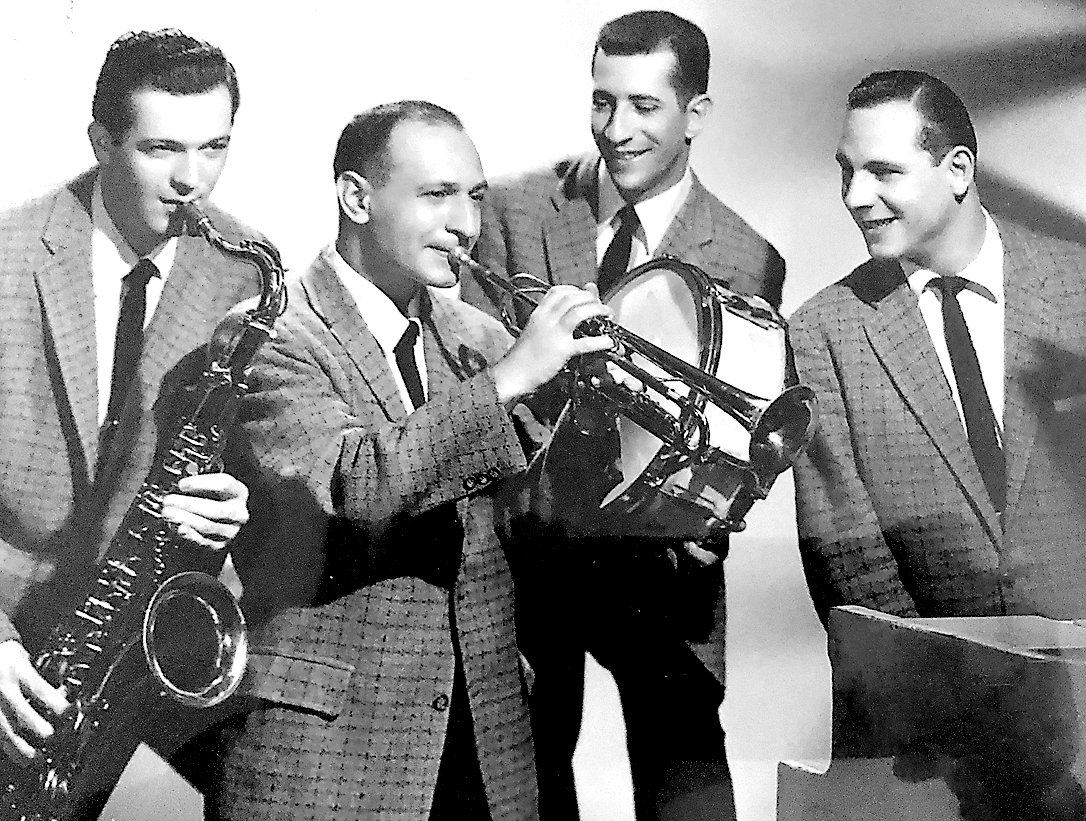 Frank (left) performed with the Jumpin’ Jaguars during the early part of this career.
Contributed photo 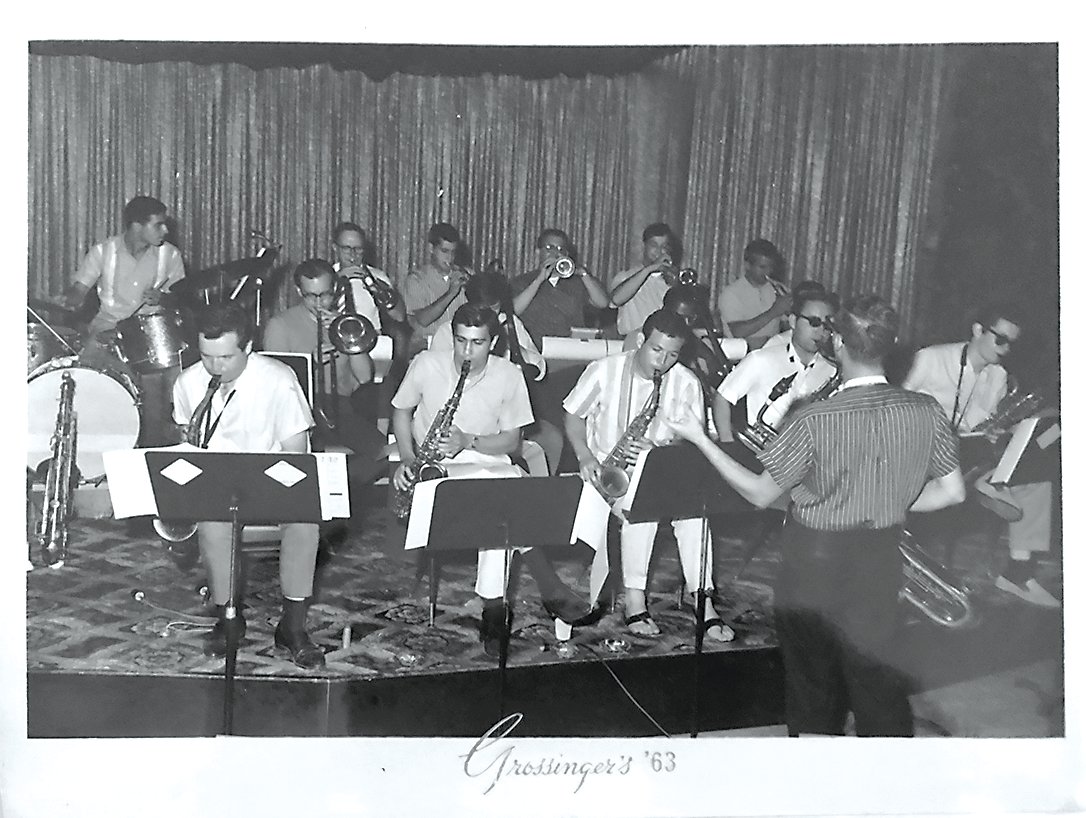 On occasion, musicians from the different hotels got together to play the music they liked. Here the group is conducted by Lee Harris, composer/arranger/sax player. Frank Petrocelli is seated front left.
Contributed photo 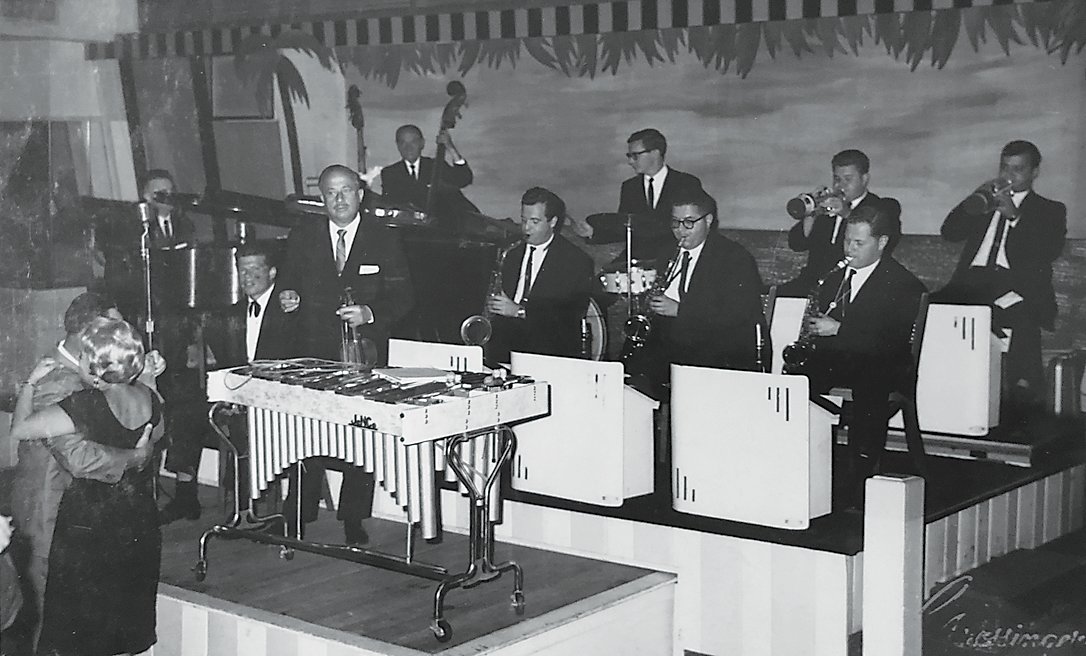 Eddie Ashman, third band member from left conducts the show band at Grossinger’s Hotel. Frank is seated just to the right of him.
Contributed photo 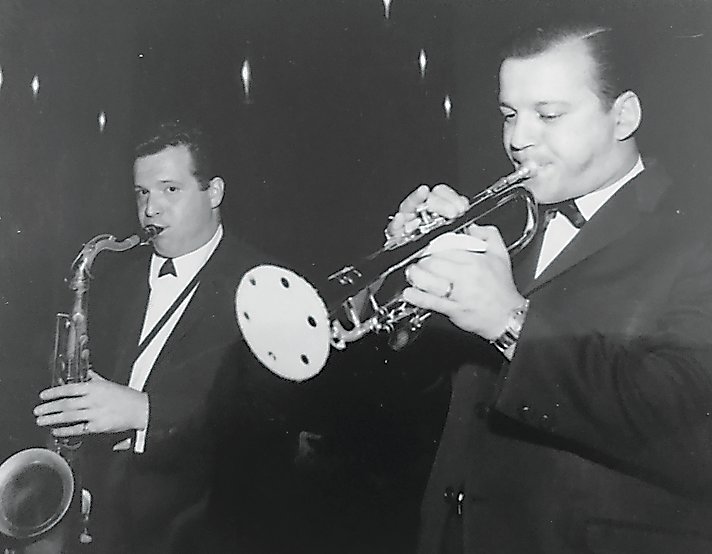 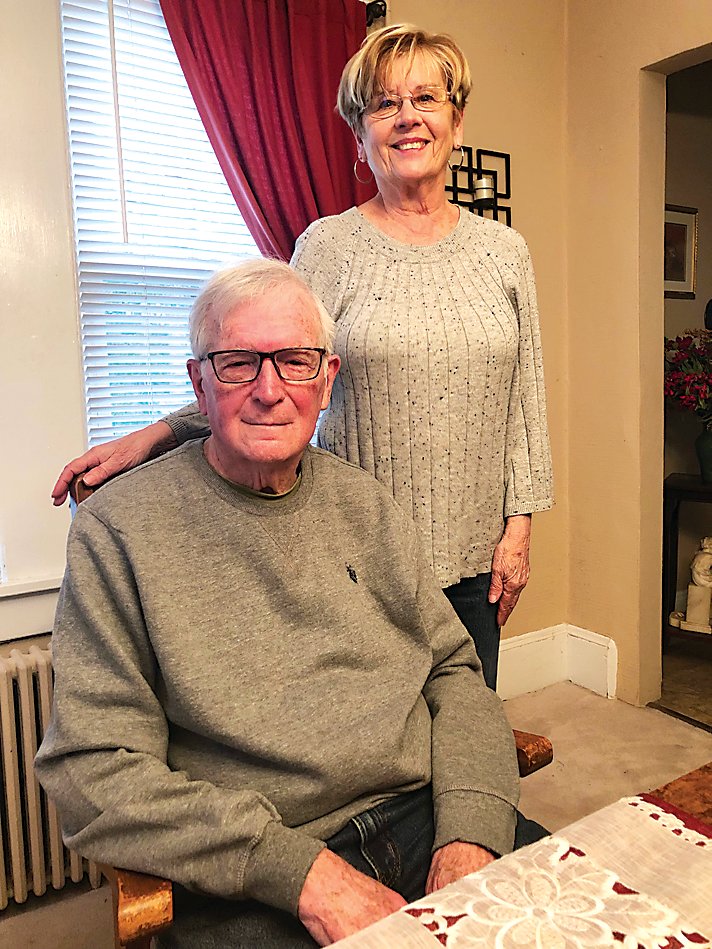 Frank and Lorraine Petrocelli at their home in Liberty.
Joseph Abraham | Democrat 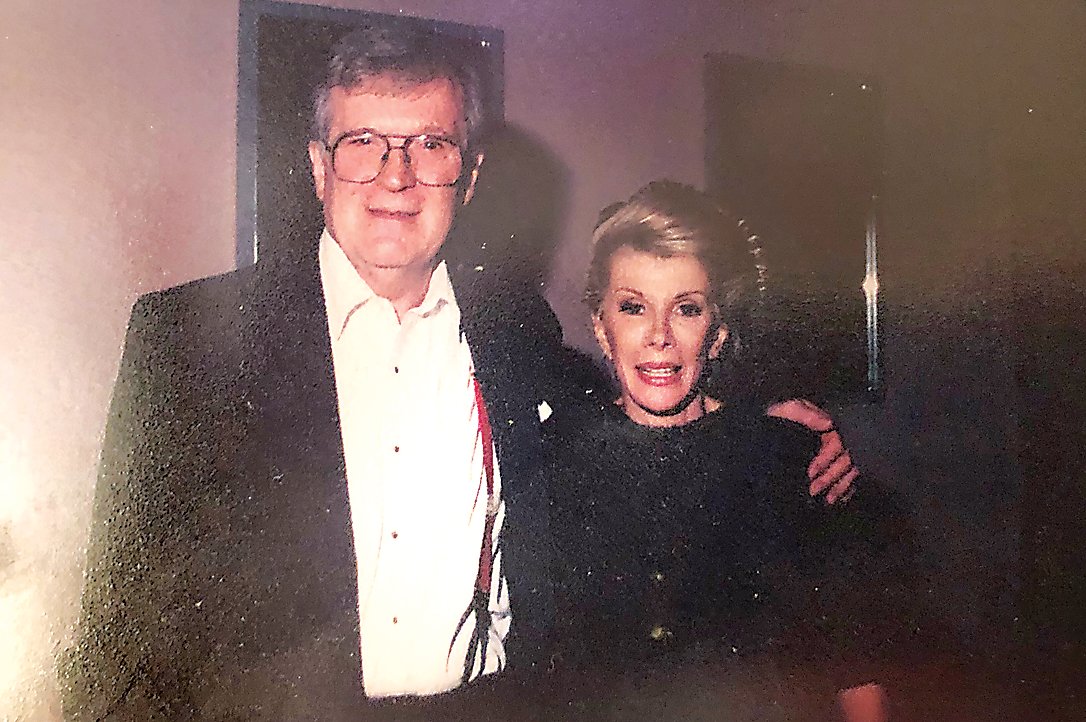 Frank described Joan Rivers as “one of the best people I ever met.”
Contributed photo
Previous Next
Posted Friday, May 13, 2022 6:10 am
By Carol Montana

Like many other musicians before him, Frank Petrocelli grew up surrounded by music.

“My father was friends with musicians. He was a short-order cook, and they used to come and hang out in his diner,” he recalls.

Born in the Corona section of Queens in 1933, Frank was influenced in his early life by one of those friends named Don Lodice, who was in the Tommy Dorsey Band.

“Every time the band would come to the Paramount Theatre, my father would take the family to see the show. … I saw those guys on stage with all these instruments and thought, ‘Maybe I want to do that.’”

So, Frank’s father got one of those musicians, Al Manducca, to start teaching his son.

Getting a lot of support from both parents to follow a musical path, Frank never really considered a different career. He laughingly reports, “I would have loved to be a baseball player, but I was the worst baseball player that ever attempted to play the game.”

Continuing on with his musical training, Frank went to Newtown High School in Elmhurst, where he could major in his chosen field.

“Music was a big deal in the school, so a lot of kids who were really interested in music went to that school.” Frank remembers that it wasn’t just parents who came to the concerts there.

“Sometimes you couldn’t get into the auditorium. And it was the first high school [in the area] to ever do a full-fledged jazz concert,” he said.

After high school, he started taking private lessons from Joe Napolean, who was well known for getting jobs for his students. Then he studied with Bob Tricarico, who Frank called “a super musician.” This would lead, at a later date, to a major event in the young musician’s life.

In his early career during the mid-1950s, Frank played with a group called the Jumpin’ Jaguars, working for weeks up and down the east coast, performing in lounges and nightclubs in Atlantic City, Seaside Heights and Wildwood, New Jersey, north into Boston and even further north to Montreal and Toronto, Canada.

When he got drafted into the army, Frank was stationed with a band-training unit at Fort Dix, NJ. He was transferred to Fort Monmouth, also in Jersey, along with two other sax players to fill out the pit orchestra for a talent show. There, the band leader liked him so much that he wanted to keep him. Frank was in the army from 1956 to 1958.

The Catskills and more

After the service, Frank took advanced studies with Tricarico, and during the Christmas holidays of 1960, he got a job at Grossingers’ Hotel in Liberty where he met his future wife, Lorraine.

He stayed there on and off for three years, leaving for a job with Si Zentner, who started a successful big band even after that era had ended.

“It was the best band I ever played with,” said Frank, who recorded four albums with the group. “The arrangements were beautifully written. Everybody knew how to play, it was a team effort, unbelievable. … It was a great experience for me, you know, to sit in a saxophone section like that.”

While on the road with Zentner, who won a Grammy Award in 1962, Frank got to play for six weeks at the Ambassador Hotel in Los Angeles, California, working the first three weeks with Vic Damone and then with Leslie Uggams.

Leaving the band because he didn’t want to travel anymore, Frank filled in for Bob Tricarico in the orchestra for Broadway’s “Funny Girl” for five or six performances. He then freelanced in New York City for about a year and a half, looking for a steady job. Figuring he’d stay for six months to earn some money, he then called Marty Beck, the band leader at the Concord Hotel in Kiamesha Lake.

Dissolving into laughter, Frank reported, “It’s been a long six months.” He wound up playing in the Concord band for 30 years.

During that time period, he went to college, ending up with a Bachelor’s Degree in Science with an emphasis in music, and taught music history and appreciation, intro to jazz, and history of American popular music at SUNY Sullivan for 30-plus years, winning the NYS Chancellor’s Award for Excellence in Teaching in 2014.

Among the musicians who influenced and impressed Frank along the way were Joan Rivers – “one of the best people I ever met. … She was very friendly, always had something nice to say to us” – Lena Horne, who brought her “whole rhythm section of star musicians … the music was exquisite to play” – and Red Skelton, who “came to each guy and introduced himself … like we didn’t know who he was … just a wonderful man.”

Frank also performed with Steve Lawrence and his wife / partner Eydie Gormé. “She was always complaining about something, so Steve used to come down for rehearsal and say “‘let’s do this before she comes …’”

Other entertainers Frank worked with include bandleaders Larry Elgart and Sammy Kaye.

By the time George Burns appeared at the Concord Hotel in the early ‘80s, Frank was the bandleader.

“It was great because it reminded me of watching old movies where they do old vaudeville stuff. … It kind of gave you the experience of how things used to be in show business,” he said.

His all-time favorite performer is Joanne Engel, who he describes as a “complete professional. … she was one of the nicest people to work with … great person … she was good … as great as anybody.”

When the Concord closed in 1998, Frank was 65 years old, and ready to retire. These days he “performs” for his wife in a room on the second floor of his house. He’s accompanied by CDs that don’t have melodies, just the piano, bass and drums.

The future of music

Frank, who gave private lessons at one time, has great hope for the future of music, pointing out the young musicians on the recent PBS special “Now Hear This” with violinist Steven Yoo.

“Here’s a little girl playing oboe, blew me away … every one of them,” Frank enthused. “They’re incredible kids … there’s hope that the music stays alive.

“So, the advice I would give anybody whether it’s in entertainment, music, the arts, anything in the arts, if you want to do that, and you feel passionate about it, do it … give it a shot, you never know.”

After all, look what his passion for music did for Frank Petrocelli.