Approximately 40 men have served in the position of County Clerk since Sullivan County was formed in March of 1809, including four of them in the space of less than a year during a particularly … 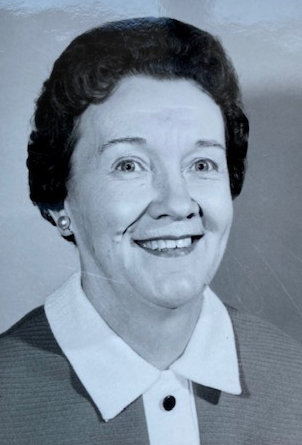 Approximately 40 men have served in the position of County Clerk since Sullivan County was formed in March of 1809, including four of them in the space of less than a year during a particularly tumultuous time for the office in 1953 and ’54. But only one woman has ever held the position.

That woman was Millicent C. Schadt Flynn, who was Sullivan County Clerk from 1958 until 1973.

Millicent Flynn was born in Jeffersonville on August 7, 1912 to Frederick W. and Anna Royce Schadt, the second oldest of five children. She married Robert J. Flynn, Sr. and lived in Roscoe for much of her adult life.

Robert Flynn was a New York State Trooper and a member of the famed Rough Riders trick-riding team that performed in Madison Square Garden and elsewhere. Following his retirement from the State Police, he was first elected Sullivan County Clerk in 1953 and was still in office when he died suddenly of a heart attack while watching television at home on June 14, 1958. After some political haggling by party bosses, Millicent was appointed as his successor by Governor W. Averell Harriman. When she was elected County Clerk in a special election in November 1958, she became the first woman elected to that position in Sullivan County history.

And to this day she remains the only woman to hold that office in this county.

That 1967 County Clerk’s race was an historic election in its own right, as Mrs. Mattie Perry of South Fallsburg, who garnered 647 votes on the Liberal Party line, became the first African American to run for countywide office in Sullivan.

Mrs. Flynn’s decision to run for a final term in 1970 came at the last minute, after much soul-searching, but she had one of her strongest showings at the polls that year. Her margin of victory in her final election was 4,164 over Republican challenger David Schiff of Liberty. She retired at the end of her term in 1973, having served as County Clerk for 15 years.

In January of 1960, Mrs. Flynn’s brother, Frederick W.V. Schadt, had taken office as Special Sullivan County Court Judge and Surrogate, after having defeated longtime incumbent Harold B. Spriggs the previous November. With Mrs. Flynn serving as the County Clerk, the unusual situation of having a brother and sister both serving in county offices at the same time prompted the New York Times to take note in a January 2, 1960 article headlined, “2 in Family in Office.”

“A brother-sister combination began today in Sullivan County government,” the Times reported in an article with a Monticello dateline. “Frederick W.V. Schadt of Jeffersonville took office as special county judge and surrogate. His sister, Millicent Schadt Flynn is county clerk.”

Although she was typically all business at work, Mrs. Flynn was also known for her sharp wit. Former Sullivan County Clerk George Cooke, now the County’s Commissioner of Jurors, recalls visiting her home in 1992 to ask for her endorsement of his own initial run for the office.

“I’ll never forget it,” he said a few years ago. “We had quite a nice chat, and the conversation got around to her late husband, who had died many years before. She told me she had just had dinner with some of his relatives and they made a point of mentioning that she rarely spoke of her late husband anymore. She said she told them that to the best of her recollection he had not done much worth talking about in the last thirty years.”

Millicent C. Schadt Flynn died in Roscoe on September 28, 1998. She was 86. She is buried next to her husband in the Beaverkill Cemetery.