As the November elections approached in 1967, Sullivan County’s political scene was all abuzz about a surprise announcement from a group of local labor unions that prompted an immediate … 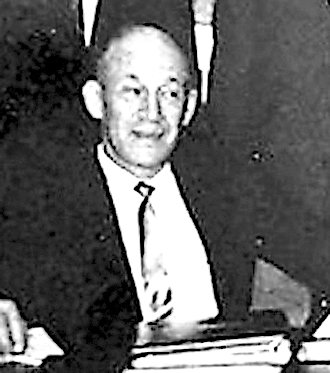 As the November elections approached in 1967, Sullivan County’s political scene was all abuzz about a surprise announcement from a group of local labor unions that prompted an immediate firestorm of reaction.

The announcement by the Sullivan County Labor Council came at a press conference and luncheon held at D’s Restaurant in Monticello, and focused on the council’s endorsements in that fall’s Supervisor races, which were especially significant in an era when town supervisors also governed the county.

The relationship between labor unions and the Democratic Party was longstanding and believed to be unshakeable, making the endorsement of a number of Republicans even more surprising.

The Labor Council’s endorsements – and the initial reactions to them – were front page news in the October 19, 1967 edition of the Liberty Register, which had not long before transitioned from a staunchly Republican paper to one with strong Democratic Party leanings.

“Liberty Supervisor William E. Pearson, Democrat running for re-election with Liberal Party endorsement, was the only incumbent Democrat other than Supervisor Mortimer Michaels of Fallsburg to receive the endorsement of the Sullivan County Labor Council in action taken by that group on Monday and Tuesday of this week,” the Register reported.

The three biggest surprises among the endorsements were those provided to incumbent Republicans Ralph Meyer of Thompson and George Neuhaus of Bethel and to Democrat Warren Doetsch of Callicoon, a newcomer running against popular Delaware Supervisor John Eschenberg.

The Labor Council, representing 15 unions in the construction and building trades, cited assurances they had received from Meyer and Neuhaus that the long delayed construction of Sullivan County Community College would be expedited in the new term if they were re-elected. The

SCLC also noted that their opposition to Eschenberg’s candidacy was based on his vocal opposition to the construction of the Sullivan County airport, another major project that had become a political football among the Supervisors.

The Council also criticized the sitting Board of Supervisors for failing to move forward plans for a civic and convention center in the county.

The endorsements drew an immediate response from Michaels, a former Chairman of the Board of Supervisors, who, in what the Register labeled a “blistering statement, not only questioned the Council’s judgement in endorsing Meyer and Neuhaus, but rejected his own endorsement by them. Michaels was running unopposed.

“He termed the council action as ‘incomprehensible,’ pointing out the long labor record of Neuhaus’ opponent, Jerry Amatucci, a lifelong plumbers union member,” the Register reported. “Michaels also stressed the failure of the Council to back men with long labor records, such as Supervisors Joseph Raffa in Neversink, Cecil Stewart in Rockland, and John Eschenberg in Delaware, while declaring that the endorsement of Supervisor William Pearson in Liberty was well deserved. He recounted Pearson’s long record of progressive measures, benefiting labor, but termed Meyer and Neuhaus obstructionists.”

In his statement, which the Register published in its entirety, Michaels sang the praises of Eschenberg and Stewart in particular, while leaving no doubt whatsoever how he viewed some of his other colleagues on the Board.

“Certainly, with labor stressing the importance of getting millions of dollars of college construction on the road, such men as Stewart and Eschenberg should not have been overlooked while labor’s blessing was given to men who used every delaying political action to block the college,” Michaels said. “To make matters worse, Neuhaus scarcely deserves praise for backing an airport in his own backyard in Bethel. In every other regard he has been an obstructionist. Virtually everything Pearson and I have fought for, he and Meyer have been against.”

“What is behind all this blessing by labor?” Michaels asked. “What sinister or hidden forces decided who was to be picked and who was to be cast aside? Behind all this, I say without fear of contradiction, is the heavy hand of certain hotelkeepers and certain Raceway representatives. We have seen this sort of thing before. I dare say we will see it again.”

When all was said and done, the furor over the Labor Council’s choices turned out to be much ado about nothing, as most—but not all—incumbents won re-election, with or without the union endorsement.

Under the new weighted voting system taking effect on January 1, 1968, the GOP would hold a three-vote margin over the Democrats.

Despite the endorsement from the labor unions, Neuhaus was unable to withstand the challenge from Amatucci, who, helped by his Conservative Party line, won the election by 110 votes, and took office as Bethel supervisor in January, 1968. Of course, there were big doings in Bethel during his tenure in office, and Neuhaus was able to regain the office in the election of 1969, in the wake of the Woodstock music festival, the blame for which he laid squarely on Amatucci.

Ch-ch-ch-ch-changes, turn and face the strange