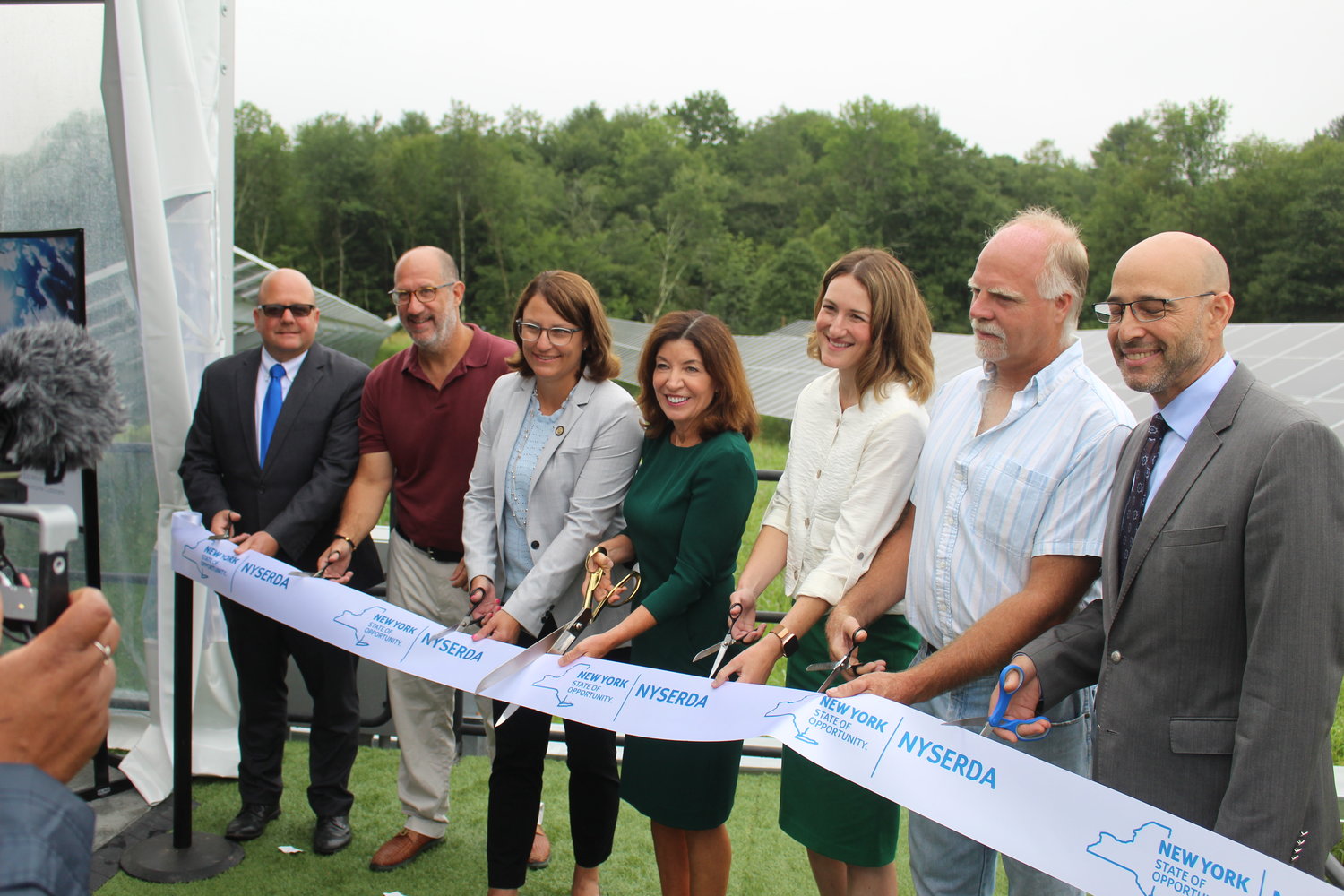 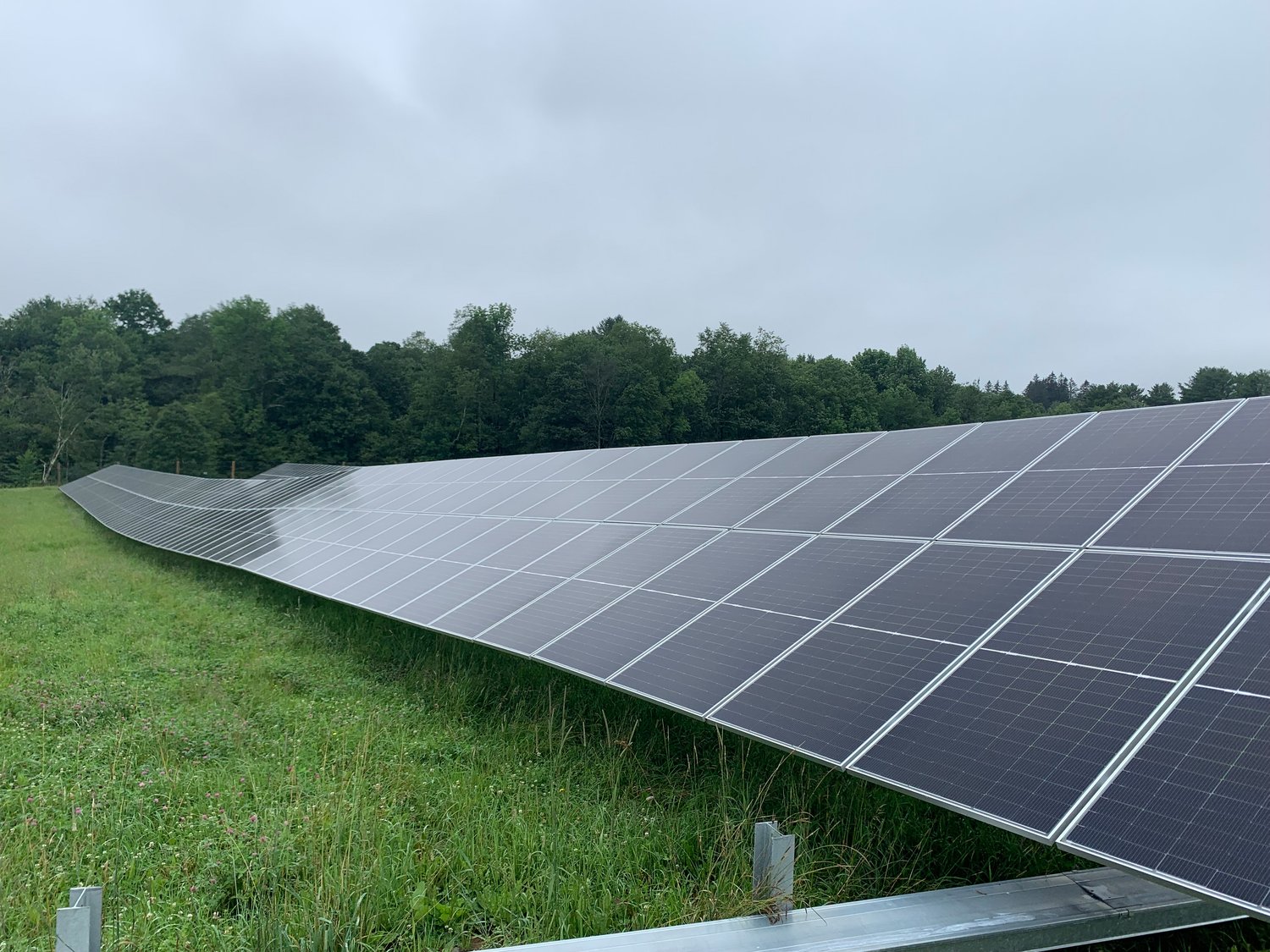 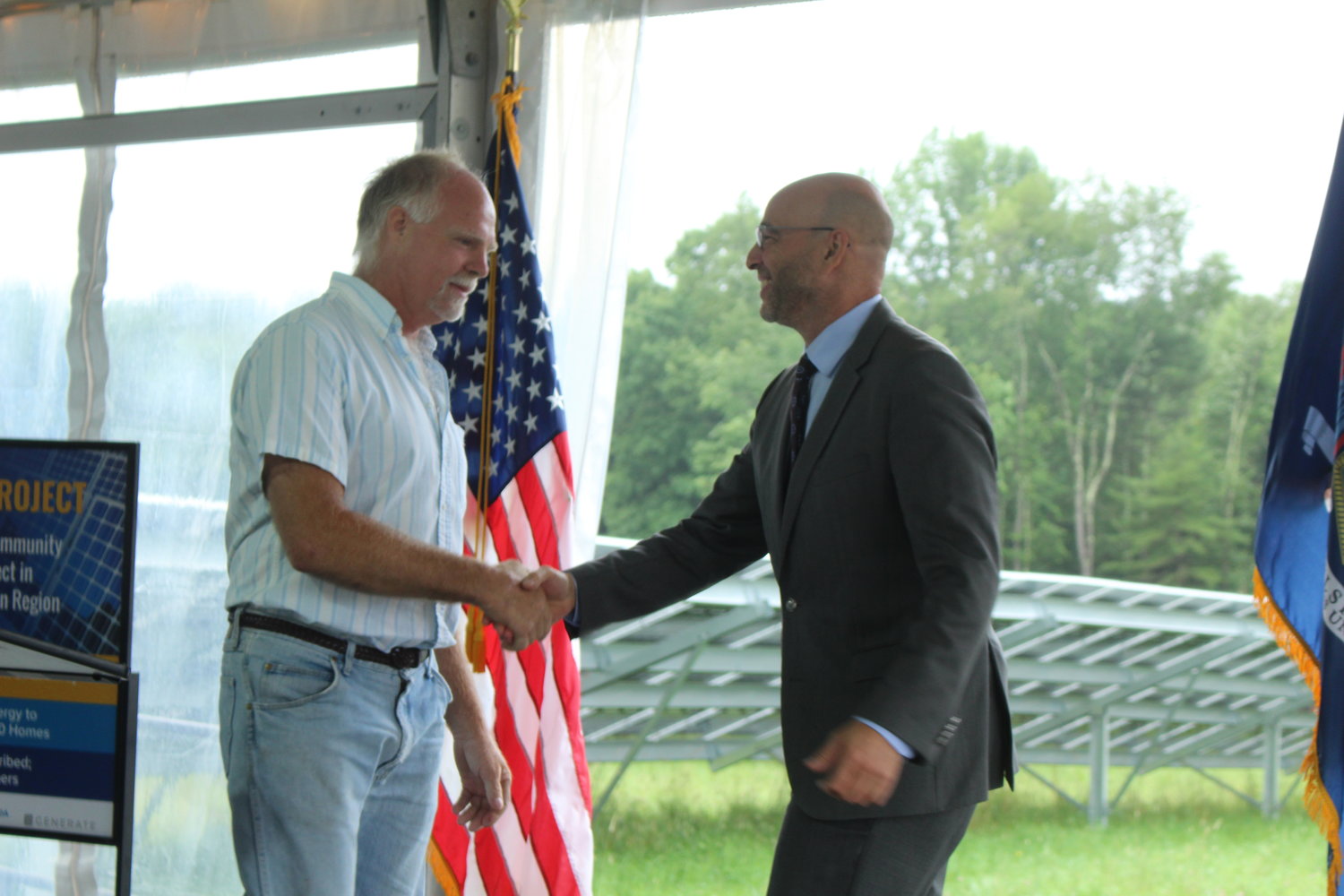 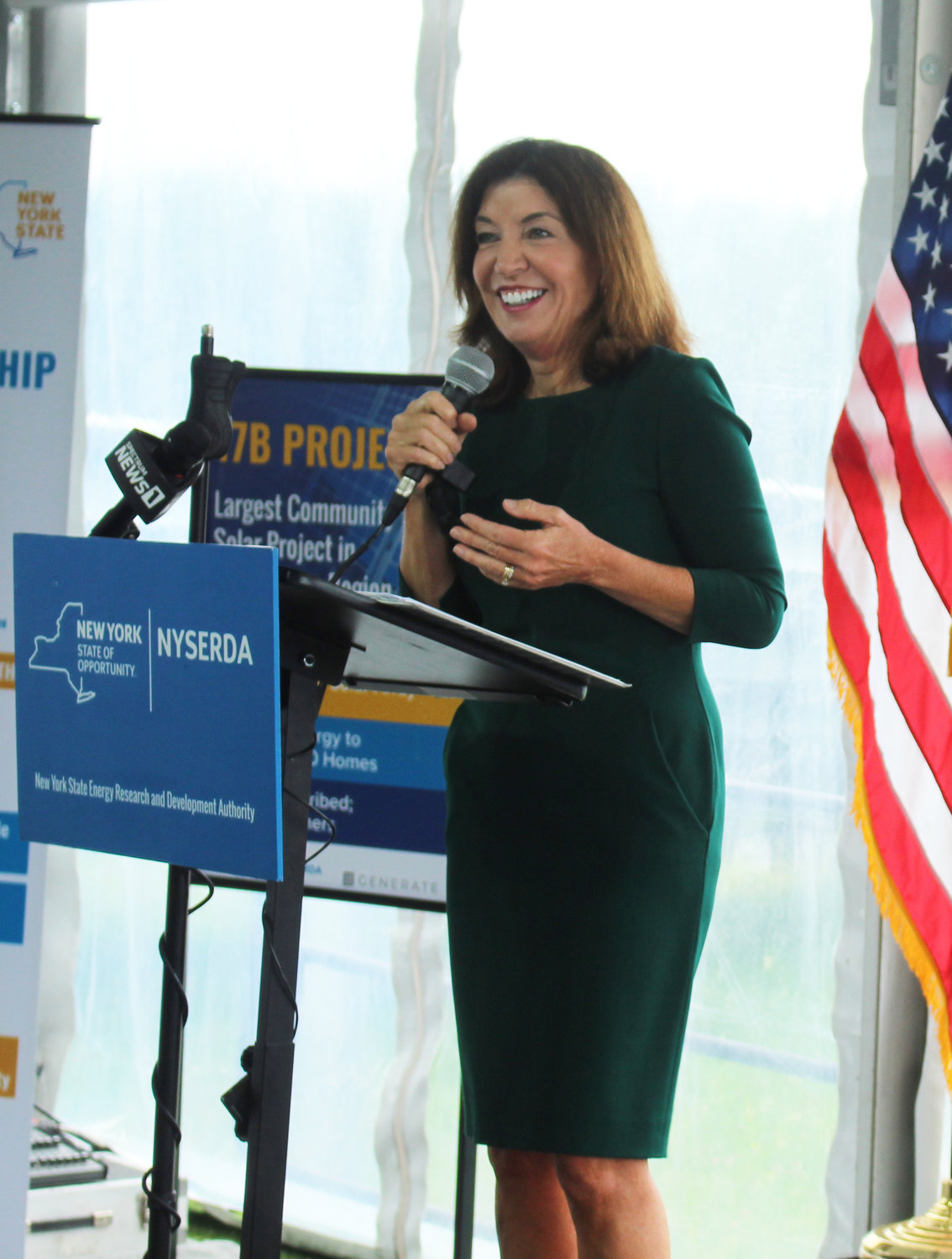 Lieutenant Governor Kathy Hochul said that thanks to solar projects like the one pictured behind her, New York State is halfway to its stated goal of producing 6 Gigawatts of solar energy by 2025.
Matt Shortall | Democrat
Previous Next
Posted Friday, July 16, 2021 5:30 am
By Matt Shortall

BETHEL — “We stopped milking cows. Now we’re milking the sun,” said farmer Peter Hofstee of Bethel on Tuesday morning standing in the 6.1 megawatt solar array that was built in his field.

Hofstee was joined by Lieutenant Governor Kathy Hochul, as well as representatives from the New York State Energy Research and Development Authority (NYSERDA) and Delaware River Solar, to cut the ribbon on the single largest community solar project in the Mid-Hudson Valley.

Developed by Delaware River Solar and owned by Generate Capital, the project will produce 7.8 million kilowatt-hours of solar energy a year and is fully subscribed to power residences, small businesses and nonprofits.

“As someone who grew up near Lake Erie and saw first-hand the harmful effects caused by emissions from the local steel plant, creating a cleaner, greener future has always been a personal fight for me,” said Lieutenant Governor Hochul. “By reaching the historic milestone of three gigawatts of solar installed in New York, we can now power more than a half million homes with clean energy, while also creating good jobs and attracting further investment in our State’s green energy economy.”

Hochul said that since the launch of the NY-Sun initiative in 2011, solar energy in New York State has increased by 2,100 percent, the cost of solar is down 69 percent and there have been 12,000 jobs created in a growing renewable energy industry.

“Not only are we achieving those goals on time or ahead of schedule, but we’re doing so by creating a thriving green energy economy,” Sandbank said. “We have a state commitment to invest in projects such as these. We’re delivering real, meaningful economic and environmental benefits to all New Yorkers.”

Doreen Harris, President and CEO of NYSERDA, said there are thousands of projects advancing across New York State to fulfill the promise of the Climate Leadership and Community Protection Act.

Harris said that despite the hardships of the pandemic in 2020, it was still their best year yet for solar installations.

“We installed 549 megawatts of distributed solar in the midst of a pandemic, so think what we can do in 2021 and beyond,” Harris said.

A sustainable partnership
Peggy Flannery is a principal at Generate Capital, a company which builds, owns, operates and finances sustainable infrastructure projects around the world, with many based in New York.

“We’re so proud this project has been able to support local jobs and help local residents and businesses save on energy costs,” Flannery said. “Even more, it produces electricity every day that adds to the strength and resiliency of our electric grid.”

Delaware River Solar is partnered with Generate Capital to jointly manage the facility.

A local company, Delaware River Solar already has 12 solar arrays in Sullivan County alone. Their combined projects produce more than 200 megawatts of solar with another 300 megawatts under development.

The Hofstee solar project holds a special significance for Delaware River Solar CEO Rich Winter, who is a farmer himself. Winter owns a local, grass-fed beef farm and Chaljeri Meats based in Callicoon.

“I’m excited to be standing here at Hofstee farm - a farm whose future has been secured by his decision to harvest clean energy alongside his other crops and livestock,” Winter said.

Winter thanked NYSERDA and acknowledged Generate Capital, describing them as “A soulmate in our vision of owning these types of projects for the long term.”

Looking ahead
Local officials say that the Hofstee Farm solar project marks the latest progress toward a more sustainable future in a town that has prioritized energy policy through zoning laws, local laws and pilot programs.

“In 2017, Bethel’s Town Board enacted a widely-praised solar energy law to encourage roof-top and ground mounted solar installations while being protective of property rights and our area’s scenic beauty” said Bethel Town Supervisor Daniel Sturm. “And as both a Bronze-certified Climate Smart Community and designated Clean Energy Community, the Town of Bethel continues to work closely with NYSERDA on projects large and small to advance our own, and the State’s, sustainability goals.”

Earlier this year, the Town of Bethel adopted the NY Stretch Energy Codes which requires higher energy efficency standards in new and renovated buildings. Town officials say the energy code reduces Bethel’s overall carbon footprint and would pay for itself through energy savings.

In a separate community solar project, Bethel approved a 2.7 Megawatt solar array to be located on the town’s capped landfill. The “psychedelic Solar Project,” being developed by BQ Energy and Source Power, is expected to break ground later this summer. 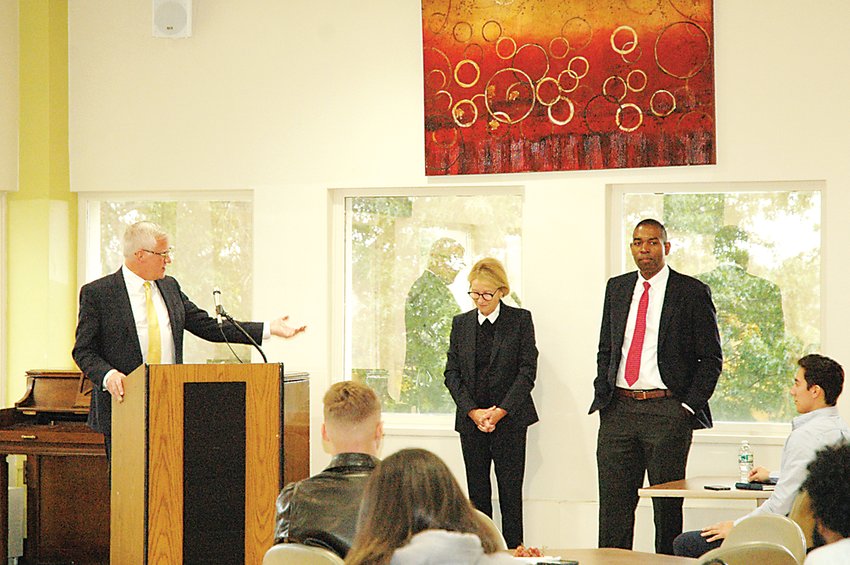 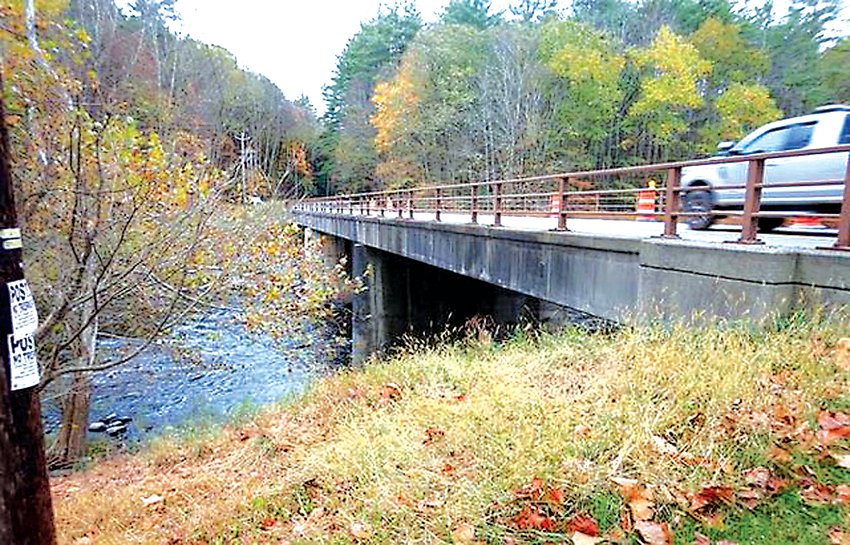 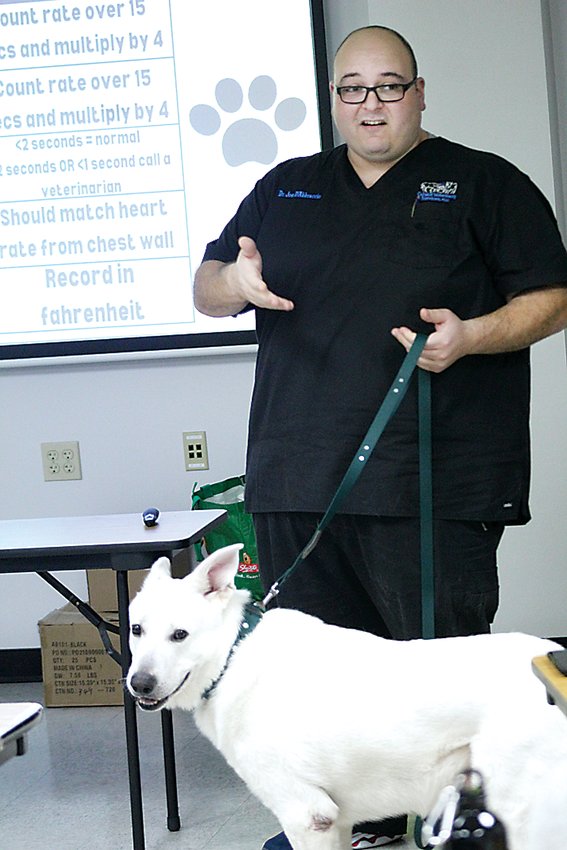