COBLESKILL –– As springtime comes around, we embrace the scent of the blossoms in the air and the freshly cut grass. But for those in the equine industry, spring also bring along … 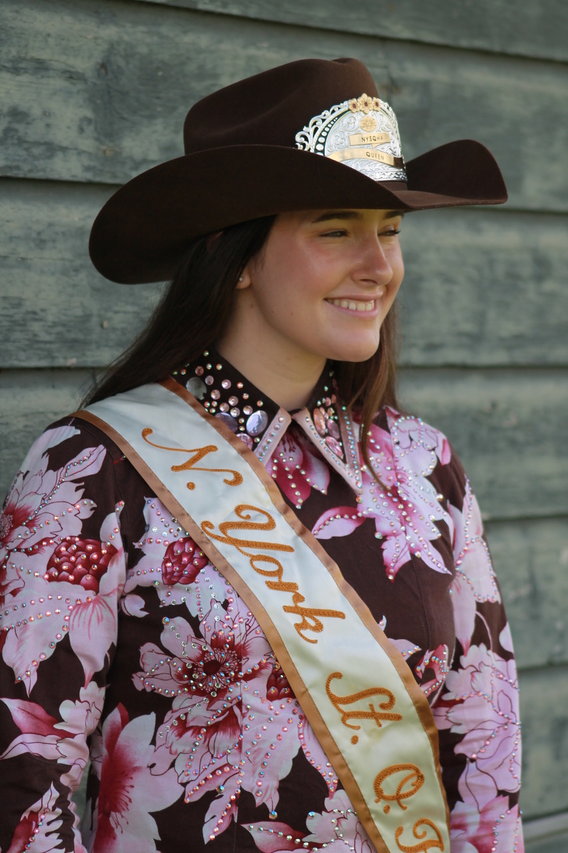 Emily Carey will be serving as the 2022 NYSQHA Queen. She will represent the association throughout the year and compete in October for the title of Congress Queen.
Photo Courtesy of NYSQHA 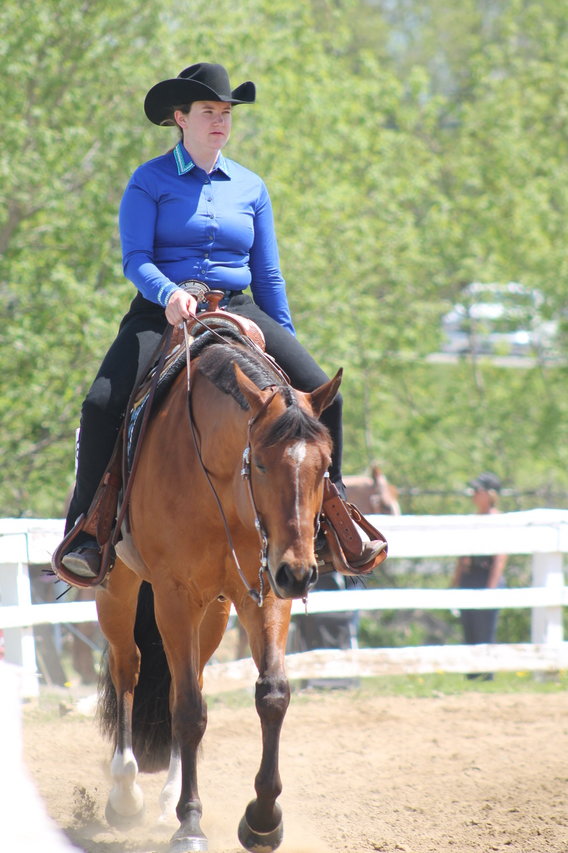 Alora Carey and her horse, New Gucci Boots, had a very successful show. They walked away with several circuit championships and plan to represent NYSQHA at the AQHA Congress in October.
Photo Courtesy of NYSQHA 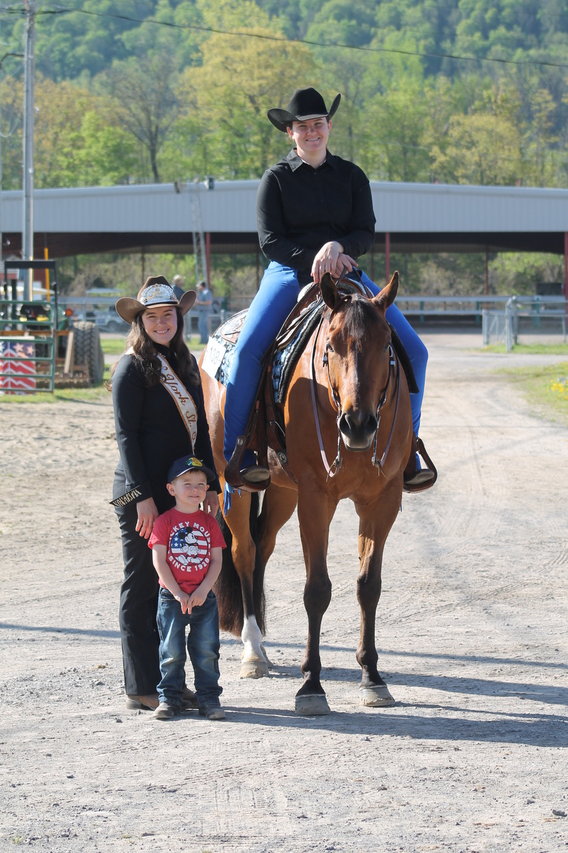 COBLESKILL –– As springtime comes around, we embrace the scent of the blossoms in the air and the freshly cut grass. But for those in the equine industry, spring also bring along different smells. The smell of fly spray mixed with leather soap and an assortment of other coat shining sprays lets us know that horse show season is officially underway in the northeast.

The New York State Quarter Horse Association (NYSQHA) kicked off the 2022 show season with a bang. The first show of the season, held at the Cobleskill fairgrounds on May 13-15 showed hope for a promising show season.

Cobleskill’s barns and arena were filled with registered Quarter Horses, competing in everything from halter to hunter under saddle classes, and western pleasure to barrel racing. With a total of 3 judges, Susan Howe, Casey Devitt and April Devitt, throughout the weekend, there were many opportunities for horse and rider teams to gain both AQHA points and experience. Aside from the experience gained in the show arena, two generous trainers donated their time and presented clinics. Dodie Howard, an AQHA Professional Horseman, held a mini clinic to help exhibitors go through patterns in preparation for the next day of showing. NSBA World Champion, Ricky Noiseux, also held a western pleasure demonstration.

With so much concern in the horse industry regarding the rising fuel prices, many people are unsure if they can afford to travel to horse shows that are far away or in other states. Due to this, horse shows across the country are seeing decreased numbers of participants. This is only the second year of showing for NYSQHA following the cancellation of all events in 2020. The recent cost increases have many people questioning how show associations across the country will fare this year.

Despite concerns, the atmosphere in Cobleskill was a joyous one. People from across NY, Connecticut, Vermont, Pennsylvania and other northeastern states were thrilled to be back in the show ring and to kick off the season. Many took to social media following the event to praise the new show management of a job well done and to share their best moments from the show.

The youth were well represented at their first in-person meeting and show. Many of the youth that competed will go on to represent the association at the All-American Quarter Horse Congress in October. Fundraising will be done at each show to help support the youth in their dream to compete on one of the biggest horse show stages. These youth come from across the state to compete in Cobleskill with the hope to compete at the exclusive Congress show. Alora Carey, a local youth from Loch Sheldrake, NY is acting as the youth team captain and has lead the youth team in points and standings over the past several years. To help sponsor the youth team contact lildude2278@yahoo.com.

The 2022 NYSQHA Queen also made her debut at the May show. This years Queen, Emily Carey, will represent the association throughout the year and compete for the title of All-American Quarter Horse Congress Queen in October. Carey grew up in the horse industry on her family farm, Maple Woods Farm, in Sullivan County, NY. Becoming queen is not as simple as wearing a crown and smiling for pictures. Carey will complete a knowledge test on the current AQHA rule book, participate in an interview conducted by four judges and compete in a horsemanship class against other Quarter Horse Association Queens from across the country.

She says, “I am so excited for this year and the journey it will take me on. I can’t wait to see everyone’s success at Cobleskill this summer and hopefully watch many of them compete at Congress!” Follow the queen’s journey on Facebook and Instagram at NYSQHA Queen.

If you are interested in helping to support Emily Carey on her journey this year, please contact her at emilycarey714@yahoo.com or through social media for more information on becoming a sponsor.

NYSQHA has three more shows scheduled for 2022: July 5-10, August 19-21 and September 10-11. All will be held at the Cobleskill fairgrounds. To become a member of NYSQHA and to learn how to register for upcoming shows, support the youth association, visit nysqha.com.

The power of walking

Celebrate the Outdoor Stages of the County