SULLIVAN COUNTY –– As some area residents began the process of taking off their snow tires or putting their shovels away, Old Man Winter came back with a vengeance  on Monday evening … 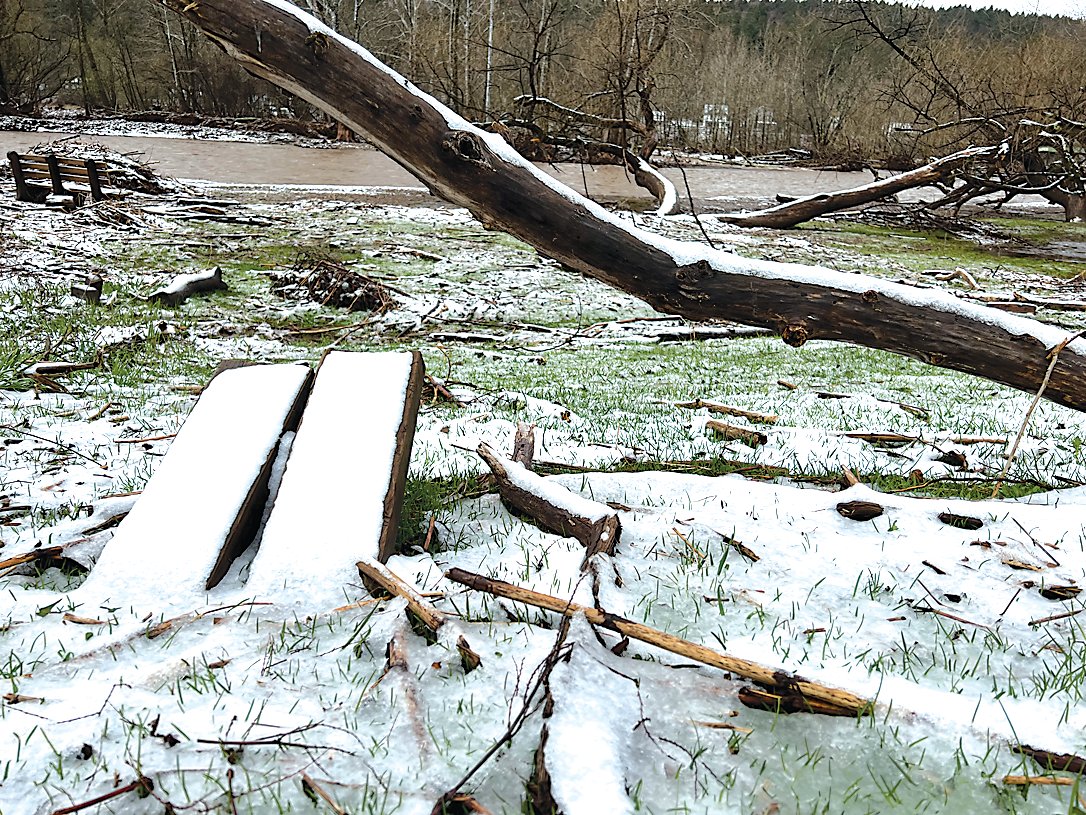 The storm earlier this week had varying snowfall totals based on elevation, with the Callicoon Creek (pictured) receiving substantially less than areas like Liberty which got around five inches.
Derek Kirk | Democrat
Posted Friday, April 22, 2022 6:10 am
By Joseph Abraham

SULLIVAN COUNTY –– As some area residents began the process of taking off their snow tires or putting their shovels away, Old Man Winter came back with a vengeance  on Monday evening into Tuesday.

With temperatures close to freezing, the snow was heavy and wet causing some issues with tree limbs and power lines.

NYSEG added that power was restored to all customers in the Liberty division by 3 a.m. Wednesday.

As for snowfall totals, Bryan Greenblatt, a meteorologist at the National Weather Service’s Binghamton office, told the Democrat that they received observations of as little of a half inch of snow in Glen Spey to five inches in Liberty.

Furthermore, Greenblatt said Sullivan County received quite a bit less snow than neighboring areas to the north and west.

For example, Delhi received 14.5 inches of snow and the NWS Binghamton office, located at the airport, set a new April two-day snowfall record at 14.2 inches.