Over 300 animals rescued in Bethel

BETHEL –– Earlier this month, the Sullivan County Sheriff’s Office responded to an unattended death on Route 17B in the Town of Bethel.

According to the Sheriff’s …

Over 300 animals rescued in Bethel 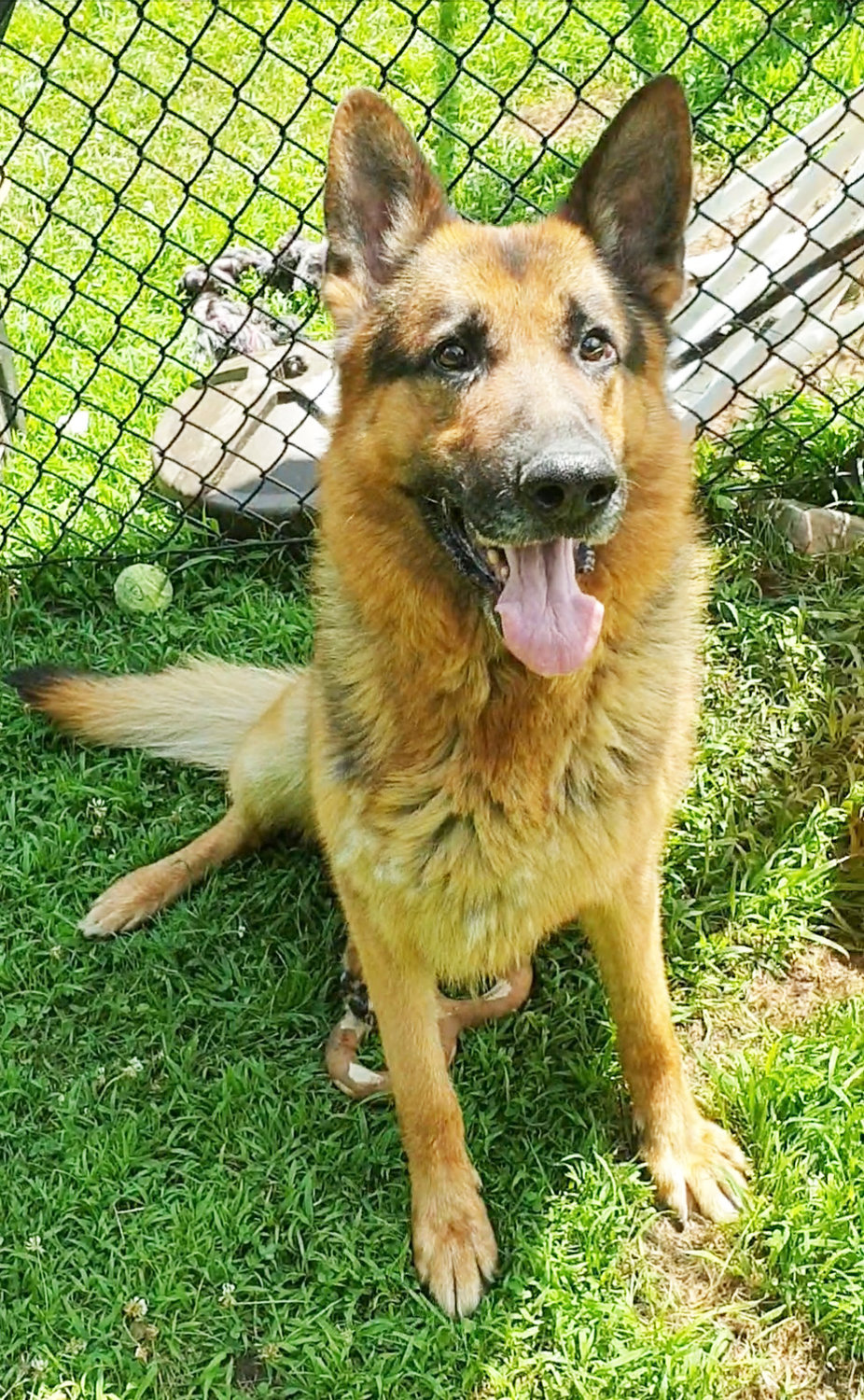 Four German Shepherds rescued at the property, including the one pictured, are available for adoption at C.A.R.E.’s shelter in Ferndale.
Contributed photo 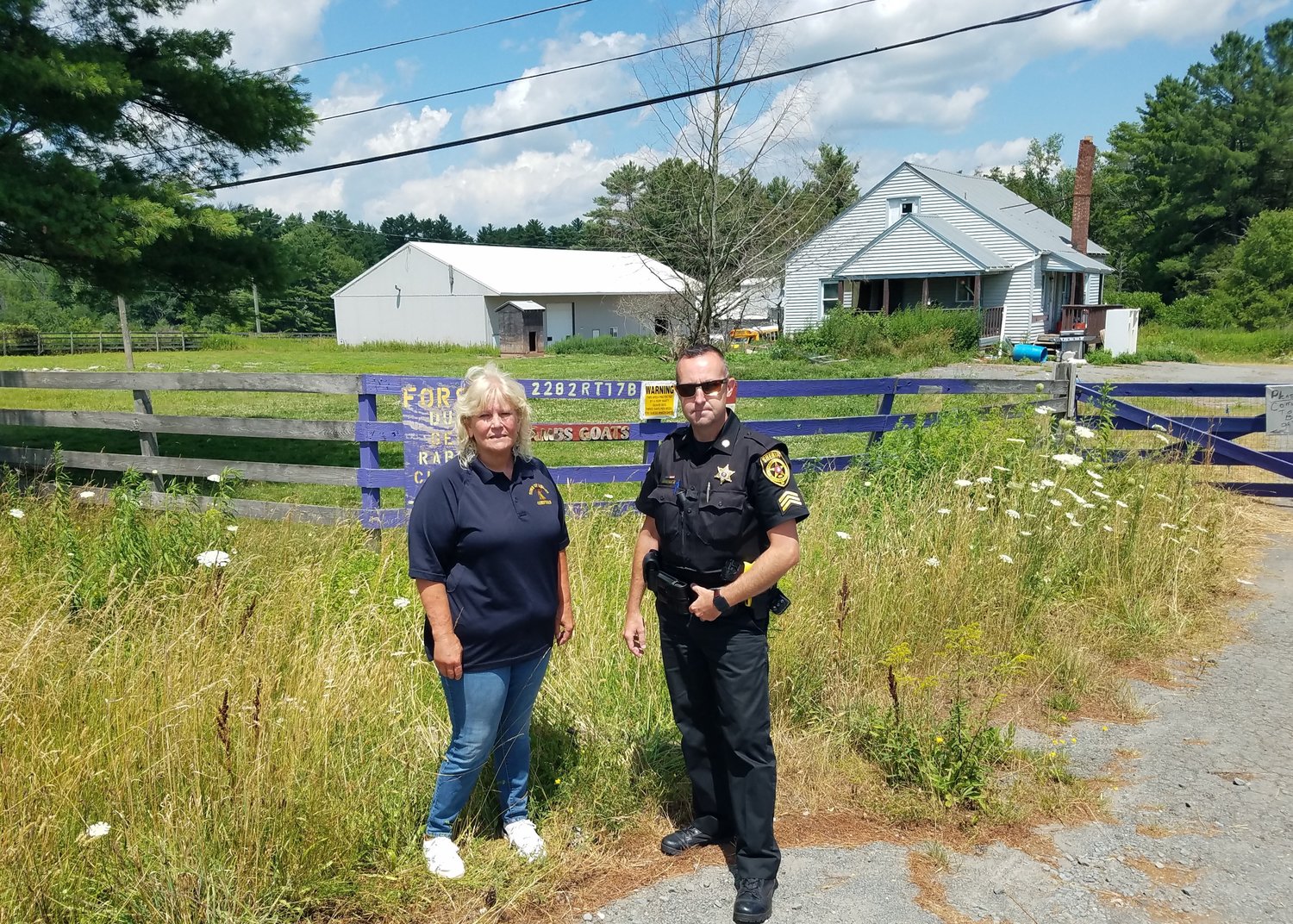 Joanne Gerow of C.A.R.E (left) and Sheriff’s Sergeant Blake Starner at the farm on Route 17B in Bethel.
Contributed photo
Previous Next
Posted Friday, July 29, 2022 6:02 am
By Joseph Abraham

BETHEL –– Earlier this month, the Sullivan County Sheriff’s Office responded to an unattended death on Route 17B in the Town of Bethel.

According to the Sheriff’s Office, at the location deputies found 69-year-old Earlwin Martin, aka Hillbilly, who had passed away inside his residence.

Martin was well known for his traveling petting zoo known as “Popps Petting Zoo” which frequented local fairs and events.

According to the Sheriff’s Office, Martin was also known for being a registered level 2 sex offender who they were monitoring.

The Sheriff’s Office reports that Martin left behind over 300 animals at his farm on the corner of Route 17B and Perry Road in the Town of Bethel.

C.A.R.E. Director Joanne Gerow said they had received multiple complaints about the property in the past year or so and that Martin was “uncooperative.”

“There’s only so much more law enforcement can do unless we have documented evidence to move forward,” said Gerow. “We can’t just barge into somebody’s house. We have to have a complaint that is relative in order to go and ask a judge for a search warrant.”

Gerow described the conditions at the property as “horrific.”

Some of the examples she cited included many deceased ducks at the scene, animals sitting in their own urine (in some places nearly an inch or two deep), animals in confined places filled with squalor, and without food or drinkable water available.

“This should not be permitted to happen again,” said Gerow, who explained that when someone is convicted of animal cruelty under  Dean’s Law (the county’s Animal Abuser Registry Law), currently they are only prohibited from having companion animals. Gerow said she’d like to see that protection extend to farm animals as well.

“We literally had someone on Dean’s list who went out and got farm animals that were living in horrific conditions and there wasn’t alot that we could do,” said Gerow.

“I respect farmers,” Gerow affirmed, “and I believe the reputable farmers in this county would get behind [an amendment to Dean’s Law to also protect farm animals] because they would have been flabbergasted and embarrassed at the care not given to these animals.”

Gerow was complimentary of everyone involved in the rescue effort, from C.A.R.E. partner Tamara DePaolo, the Town of Bethel Code Enforcement Officers and Constables, the Sheriff’s Office, Bethel Animal Control Officer Henni Anker, as well as the White Lake and Kauneonga Lake fire companies who provided water.

“I felt like a five-star general with the best army in the world,” said Gerow. “It was the epitomy of [the phrase] ‘it takes a village.’”

Most of the animals rescued at the property were quickly placed or adopted around the county, but there are four German Shepherds and several geese available for adoption at the C.A.R.E. animal shelter in Ferndale.