"Sullivan County is a much different place than it was a short time ago,” said Sullivan County Partnership for Economic Development President/CEO Marc Baez to the 250 guests who attended the … 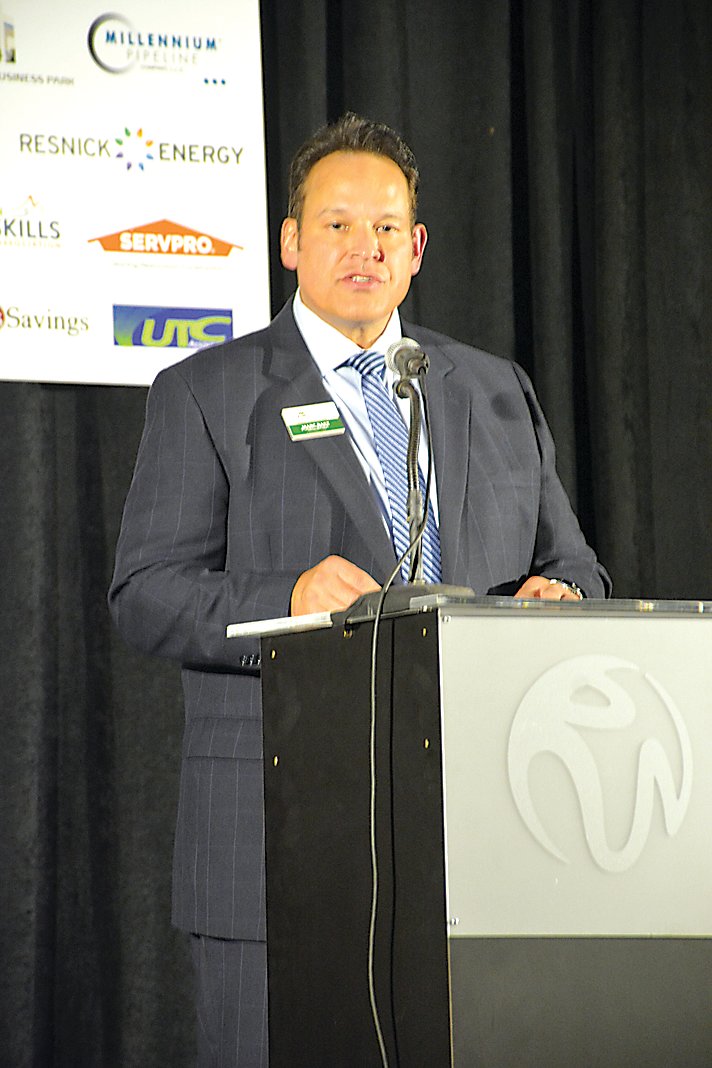 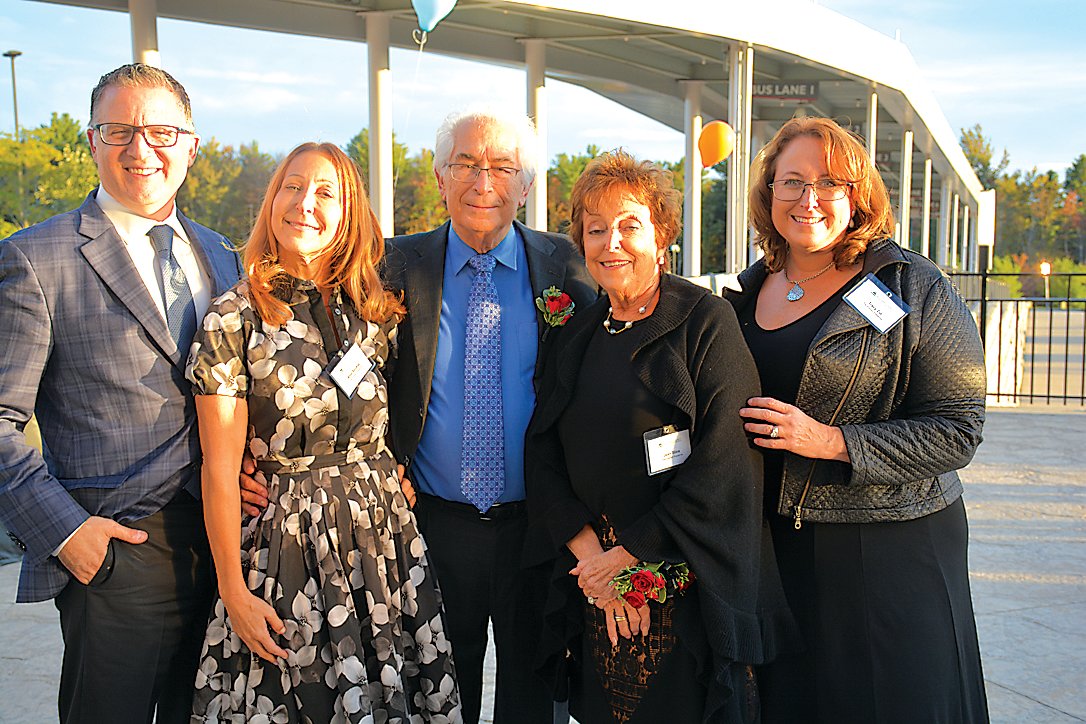 The Eldred Preserve’s Dan and Joan Silna (center) were the recipients of this year’s Walter A. Rhulen Award. They were joined by son-in-law and daughter Bill and Amy Soukas (at left), and daughter Tracy Zur (at right).
Joseph Abraham | Democrat 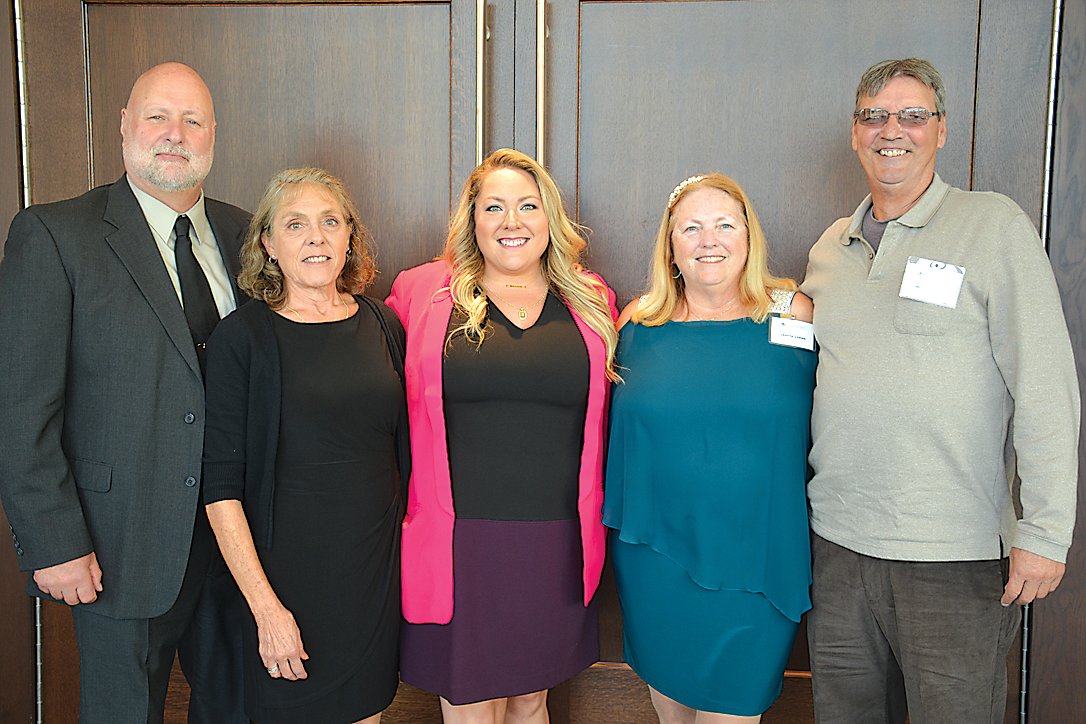 "Sullivan County is a much different place than it was a short time ago,” said Sullivan County Partnership for Economic Development President/CEO Marc Baez to the 250 guests who attended the organization’s Annual Meeting and Awards at Resorts World Catskills casino on Thursday night.

“Let me bring you back to 2014,” Baez continued. “Why 2014? Because that was the last year, other than the pandemic, that we lost jobs,” adding how in the same year, they also worked with partners in an effort to secure a gaming license, which eventually led to the “grand facility” that hosted Thursday’s event.

He reflected on additional growth since their 2014 meeting, such as projects that have opened or that are in development including the Kartrite Resort and Indoor Waterpark, YO1 Health Resort, Eldred Preserve, @Woods in Bethel, Seminary Hill Cidery, Foster Supply Hospitality’s growing portfolio, The Center for Discovery’s Specialty Children’s Hospital and the Hampton Inn in Monticello.

Baez also mentioned the real estate boom on the Western side of the County, which he said has “driven our resurgence in downtown hamlets at a level we could not predict  several years ago.”

Baez also touched on many other proposed projects, as well as the County’s unemployment rate which is just over three percent, year-over-year job growth, which is leading the Hudson Valley region at 11.6 percent, and how over 3,100 new jobs were added in the last year.

“So what does this mean?” Baez asked. “It means that our efforts, supported by your investment, are making a difference.”

The Partnership Annual Meeting also has a tradition of honoring recipients of the Distinguished Service and Walter A. Rhulen awards, which this year went to Kelsey Hornicek, and Joan and Dan Silna, respectively.

Hornicek, senior grant manager at Civix and a member of the Partnership Board of Directors, is also a volunteer with the Hortonville Fire Company, where she serves as the district’s secretary/treasurer. She’s also worked since the age of 14. She talked about how a sense of duty to community and a foundation of soft skills in communication, prioritization, multi-tasking and ‘sheer hustle,’ were planted early in her life.

Hornicek shared a number of personal stories and detailed how she developed a ‘chip on her shoulder.’ As a young professional, Hornicek said she is one of the voices of her generation that was “let in the room.”

“Economic development in Sullivan County is personal to me,” she said. “That chip on my shoulder, though decreasing, is felt every single day as I talk to friends still working and being paid below their potential. If you want my generation to stay here, we need to create opportunities for them, or they will continue to leave.”

Hornicek told the business leaders in the room that it is up to them to include, cultivate and listen to young professionals, and encouraged them to bring a young professional with them to every single networking event, because they are the future and won’t learn if they are not included. She also challenged every young professional who is not receiving the development and opportunity they seek, to work their network and go somewhere else.

“Economics and ecology, both deriving from the Greek word ‘eco,’ which means home, are diverse, interconnected systems that find balance of competing interests,” she said, adding that ratables, well-paying jobs and ‘more work’ are all interconnected principles that relate to home.

“... Developing economic opportunity takes everyone in this room,” continued Hornicek. “It takes focusing on the positives of a project in every conversation you have. It takes acknowledging that the multiplier of economics [and] well-paying jobs lifts our community up as a whole …”

Dan and Joan Silna, owners of the Eldred Preserve, concluded the night’s program, with their receipt of the prestigious Walter A. Rhulen Award.

Dan said he hopes the Eldred Preserve will have a great impact, not only on the lives of Sullivan County residents, but visitors as well. He also spoke to how important the area was to their family.

While he wasn’t born in Sullivan County, Dan reflected about how his parents bought a home in White Lake in 1944, how he met his wife Joan 20 years later at Newman’s in Kauneonga Lake, and how they raised their children and grandchildren to have the same love of the area that they do.

“We’ve concluded that many of the most meaningful things in our lives have happened here,” he said.

Joan noted that the motivation behind building the Eldred Preserve was to share their experiences with future generations, adding that every tree was planted with love, and every stone was put in place with passion.

“We are in perfect alignment with the Sullivan County Partnership,” she said. “We must work together to further develop the County. Collectively, we have so much to offer.”

Craft Fair returns to the DYC