SULLIVAN COUNTY – Of the six county teams that played this past weekend, only two recorded wins. Sullivan West and Tri-Valley both started the season in the win column, while Roscoe, … 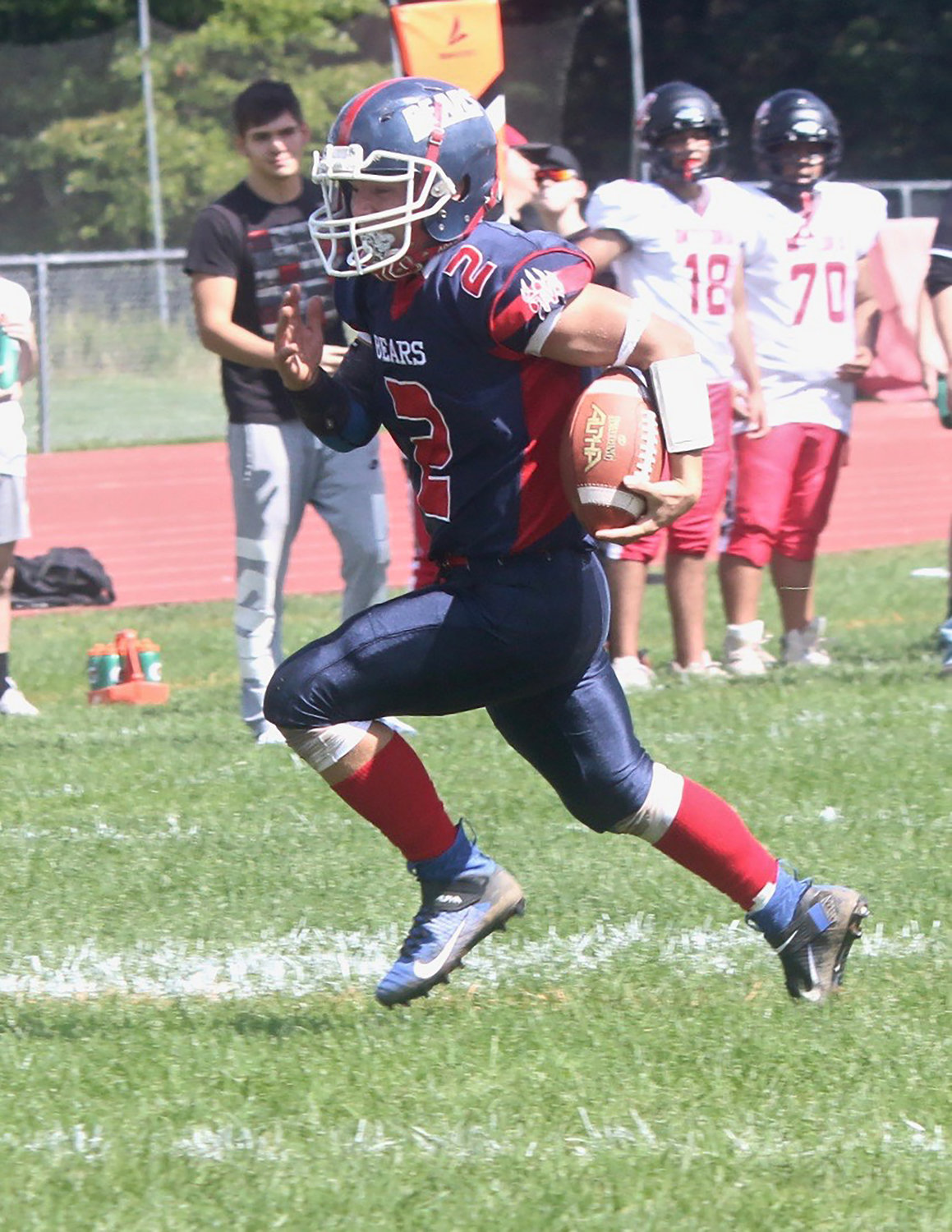 Tri-Valley quarterback Austin Hartman keeps it himself as he tucks the ball and takes off down the field.
Richard A. Ross | Democrat 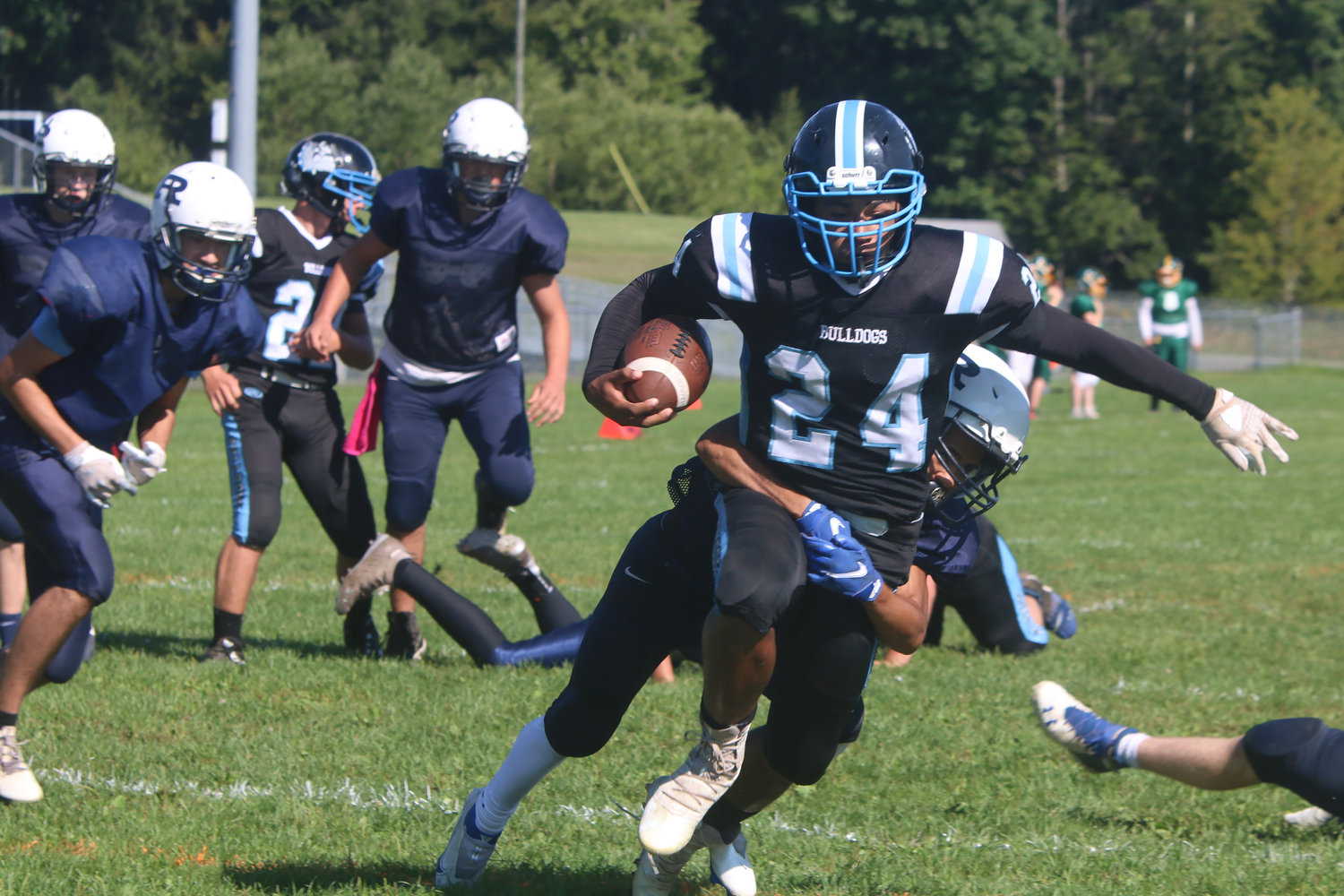 SULLIVAN COUNTY – Of the six county teams that played this past weekend, only two recorded wins. Sullivan West and Tri-Valley both started the season in the win column, while Roscoe, Monticello, Fallsburg, and Liberty all lost on their home turf. Sullivan West has a bye-week, but every other county team aside from Liberty will be hitting the road and hoping to take the fight to some of the out of county teams. Here’s a look at what you can expect for this weekend:

The Panthers struggled in their season debut, falling to Wallkill 42-0. Highland is 2-0 after they defeated Liberty 32-6 earlier in the season, and a close win against rival New Paltz 14-7 last week. Monticello will look to get back on track tonight, while slowing down what appears to be a strong Highland team.

The Yellowjackets got last week off, so they’ll look to start off on the right foot tonight as they travel to Pine Plains. Pine Plains defeated Ellenville 28-14 in a non-league matchup last weekend, and now Eldred will have a chance to strike.

Liberty struggled last year in their second game of the season, falling 53-0 against Port Jervis. O’Neill, on the other hand, won a close battle against Burke Catholic, 25-22 for their first win of the year. The two teams will go head to head in Liberty, as the only home matchup of the weekend for the county football teams.

Tri-Valley is coming off a big win to start their season. After finishing 2-2 in last year’s shortened season, first year head coach Kevin Crudele and the Bears cruised to a convincing 36-6 win last week against Onteora. Pawling was able to handily defeat last year’s runner-up Roscoe 38-6 over the weekend, after defeating them 34-0 in last year’s championship. Pawling will look to strike while the iron is hot and get back to the championship this year for a shot at a consecutive title, but Tri-Valley is playing some great football early in the year. Expect this to be the game of the weekend, with two strong teams slotted to compete.

Roscoe and Spackenkill both struggled in their season openers, with Spackenkill losing a close game to Sullivan West 26-22 last Friday. Spackenkill will host the Blue Devils on Sunday, with both teams looking to even out their record rather than falling 0-2 to start the year. This week marks another non-league matchup for both of these teams, but bragging rights are on the line this Sunday.