By Patricio Robayo LIBERTY — Last April, towns and villages in Sullivan County, under orders from then Governor Andrew Cuomo, required all local governments to adopt a policing reform plan by … 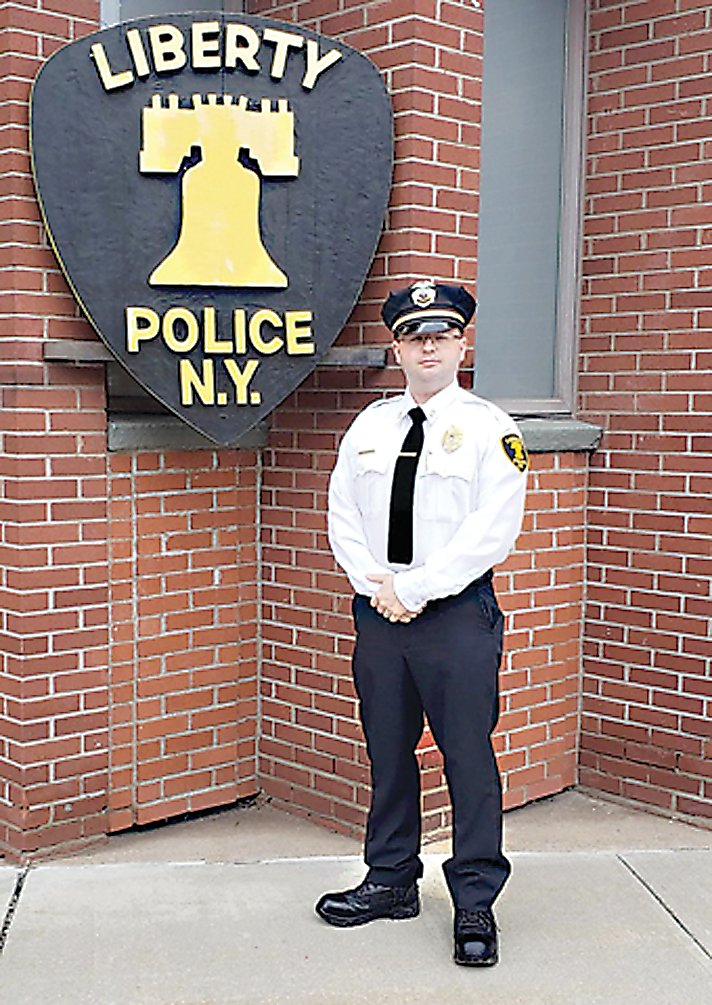 LIBERTY — Last April, towns and villages in Sullivan County, under orders from then Governor Andrew Cuomo, required all local governments to adopt a policing reform plan by April 1, 2021, or be in danger of not receiving state aid.

The calls for reform came in the wake of the protests taking place across country that were sparked by the death of George Floyd in Minneapolis.

According to Marty Colavito from Sullivan Fresh Community Cupboard, Dayna Halprin from the Committee for Equity and Justice and Village of Liberty Police Chief Steven D’Agata, the conversation has continued and they’ve made strides in police-community relationships.

After the police reform plan was submitted to the state, according to Chief D’Agata, the department achieved more out of the process “than the actual contents of the plan.”

Chief D’Agata said the plan didn’t create a one-stop solution to police reform but instead created a “constant evolving conversation and collaboration, surrounding how we can make our police department work the best way I can for the community.”

Chief D’Agata said that one item that came up during the talks was having the department accurately reflect the community it polices.

“I always knew that, but in actually having the conversations and hearing stories from people - how they are able to relate to officers when they share values and culture - it really impressed upon me how important that is to everybody,” Chief D’Agata said.

When police reform talks started last year, the Sullivan County Chapter of the NAACP organized a protest in front of the Liberty Police Department on Main Street to say they felt left out of the conversation.

One of the protesters from that night, Committee for Equity and Justice member Halprin, said that the conversations with the department have improved since then.

“Since that, [and] throughout the rest of the reform process, all of the meetings were public, they had the option for both people to attend in person and also on Zoom. So it was pretty much as inclusive as it could be during the pandemic,” said Halprin.

Colavito added, “Chief [D’Agata] set the standard with being honest in regards to there needing to be change, [he] listened, [and] started implementing change. And that change allows folks like Dayna and myself to say, ‘hey...how can we make it even better?”

In the conversations between the Liberty PD and the community, Chief D’Agata, and Colavito said the Sullivan Fresh Community sees the need for food in the community.

Colavito said they could work with the police department to help provide food to people in need. When an officer in the Liberty PD goes to a call, they can now offer a person with non-perishable food.

“It really shows how this partnership and this relationship is a force multiplier because I just wouldn’t have had that idea on my own,” said Chief D’Agata.

He said his officers have already used the option and have supplied folks in need with food while attending a police call.

“More importantly to me, by that officer having the tools to help that person in crisis at that moment, they also created a relationship with that person. That is really where I see the value of communication like this,” he explained.

Colavito added, “One thing that we garnered from all of our meetings is that there are gaps to service for mental health, and ​we’re going to keep a conversation alive to see how we can fill those gaps.”

Halprin said they hope the county could have a 311 crisis call center like Orange County does.

Another asset that law enforcement has, Chief D’Agata explained, has been Hope not Handcuffs initiative.

The program allows anyone suffering from addiction to walk into any police station or approach a law enforcement official and seek help without the fear of being arrested.

Once that person is identified, an “angel” from Hope not Handcuffs, comes to the scene or station to assist the person and help get them into treatment.

Chief D’Agata said since the program has been in place, 11 people have been successfully placed into treatment from Liberty PD.

“It truly is an amazing tool for law enforcement to have,” said Chief D’Agata.

Keeping the conversation going between the police and the community they serve is something that Halprin, Chief D’Agata, and Colavito hope can become a model for over towns and villages.

“Once the door was open, we were able to sit down as neighbors and say, ‘we’re not trying to abolish the police department, we’re not trying to remove all your funding, we’re trying to figure out what we can do to make the community safer for everybody,’” said Halprin.

Furthermore, Halprin said dialogue with other police agencies in the county is ongoing and they’ve been in talks with board members from Monticello and Fallsburg to continue the conversation.