HONESDALE, PA - David L. Hoff, who has been the Chief Executive Officer of Wayne Memorial Health System since 2001, received the Pennsylvania Community Rural Health Leader of the Year 2021 award in a … 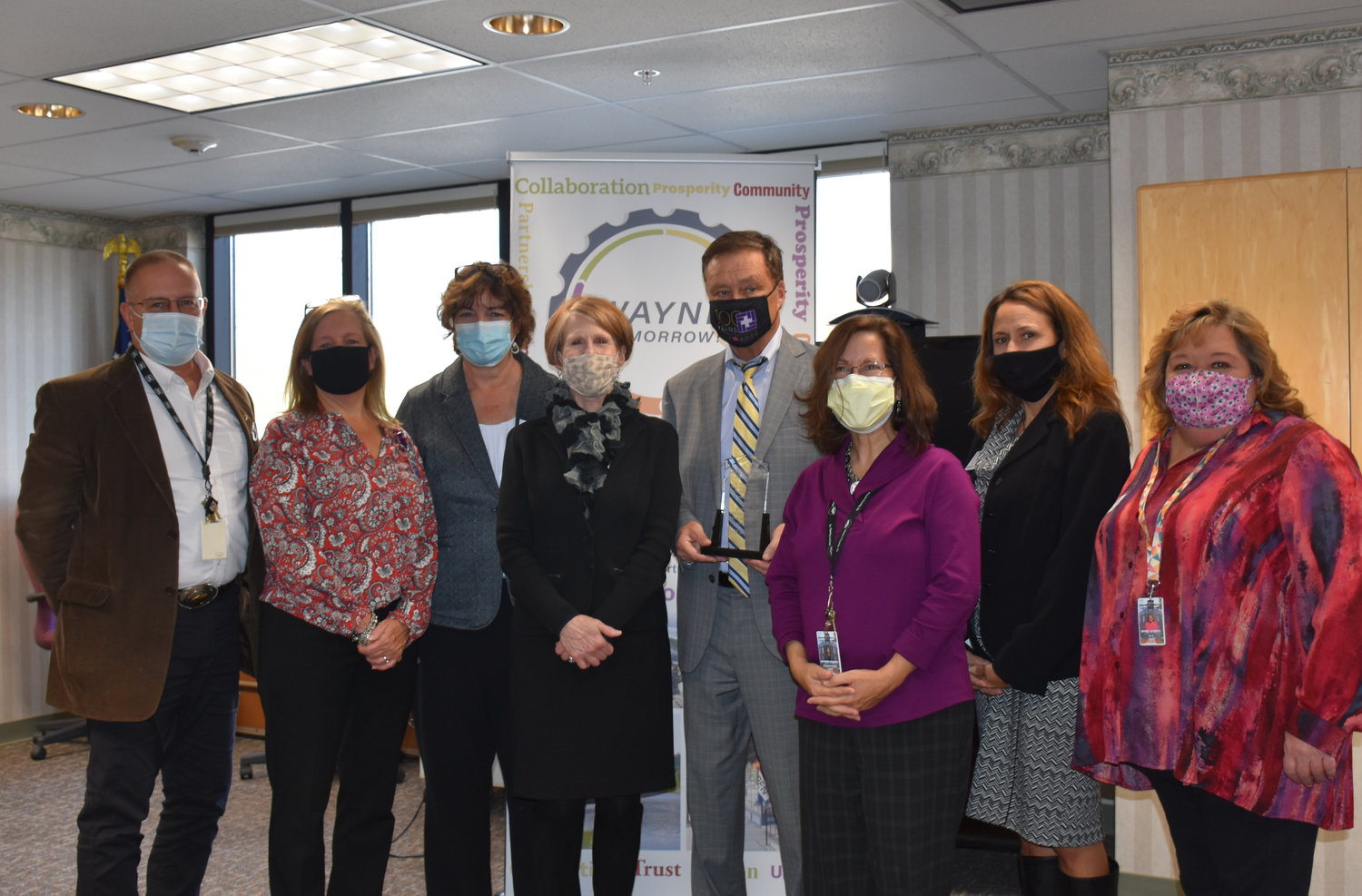 HONESDALE, PA - David L. Hoff, who has been the Chief Executive Officer of Wayne Memorial Health System since 2001, received the Pennsylvania Community Rural Health Leader of the Year 2021 award in a brief ceremony at the hospital today, November 18th, National Rural Health Day. The award was presented by Lisa Davis, executive director of the Pennsylvania Office of Rural Health, who traveled from University Park in person to honor Hoff.

Hoff was nominated by Wayne Tomorrow, a Wayne County-sponsored community-based collaboration focused on moving the county forward in all areas, including technology, sustainability and quality of life.

“During his 20 years at the helm of Wayne Memorial, Mr. Hoff has really been behind so many positive health initiatives,” said Mikki Uzupes of Wayne Tomorrow. “In our nomination, we mentioned expanded behavioral health services, development of a Tick-Borne Disease Wellness Center and an innovative Food Prescription Program for chronic disease management—but there’s so much more.”

In accepting the award, Hoff thanked both Wayne Tomorrow and Davis, as well as his administrative team – “I couldn’t do it without them.” Hoff also mentioned how Wayne Memorial was one of the first hospitals to join the Rural Health Model, an innovative global payment system designed to help “keep people well and healthy so they don’t have to go to the hospital.” Almost simultaneously, the hospital built a $40-million dollar private patient tower. He joked, “I had to explain to my Board of Trustees why we were building a new patient tower and, at the same time, trying to keep people out of the hospital!”

Earlier in the day, Hoff and other rural health leaders in Wayne County were honored by the county commissioners who proclaimed National Rural Health Day. Commissioners Brian Smith, Joe Adams and Jocelyn Cramer thanked Wayne Memorial Hospital, Wayne Memorial Community Health Centers, the Wright Center and members of the Himalayan Institute’s PureRejuv Wellness Center. The commissioners noted the many partnerships among the organizations, including one that will soon spawn a physician residency program between the Wright Center and Wayne Memorial.

“The county also has been a partner,” Hoff noted, “backing our bonds and helping us realize our dreams. Thank you.”