ROSCOE – The two smallest schools in Sullivan County held their awards nights last week, highlighting the various student athletes that competed and succeeded this year. From modified to … 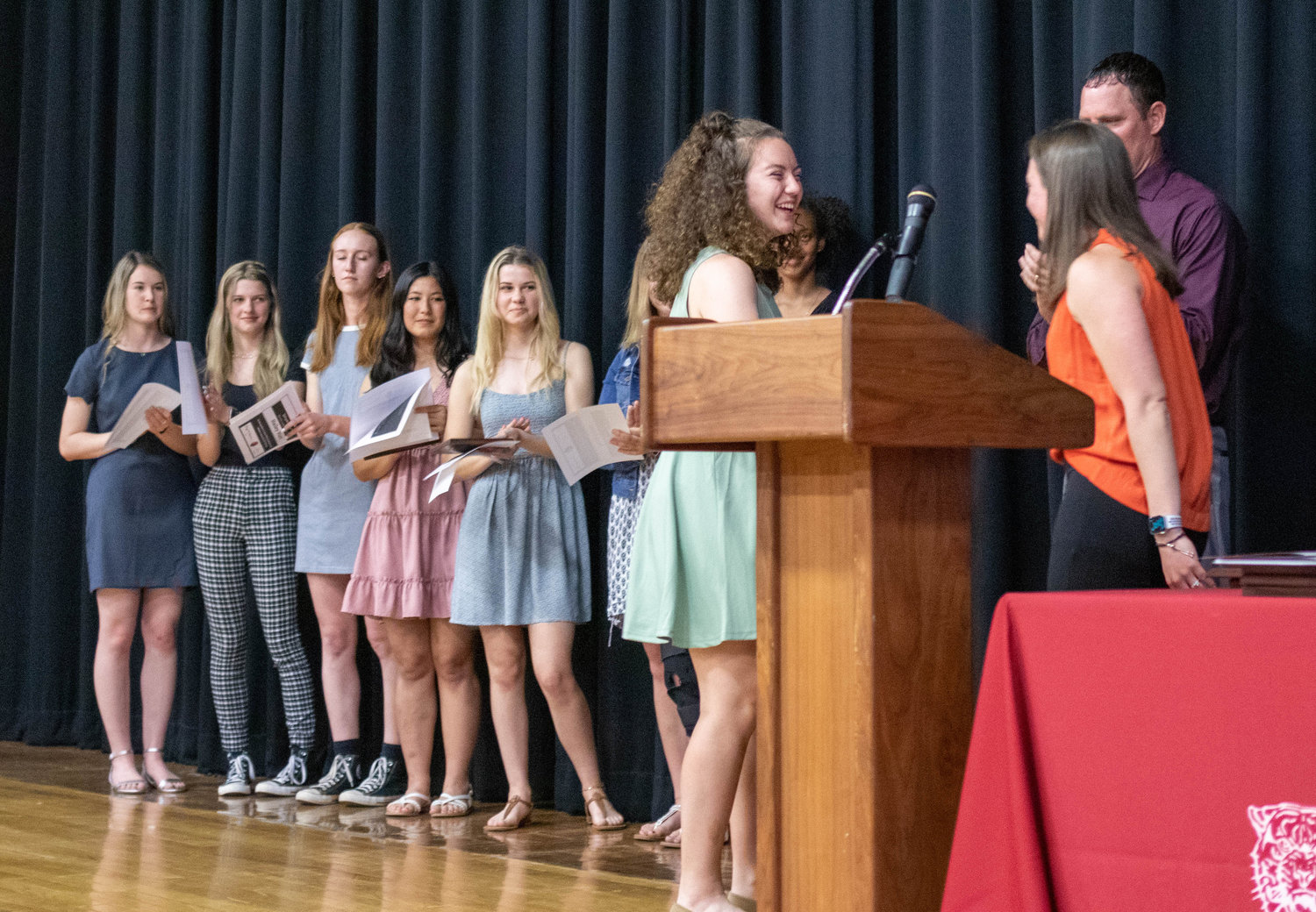 Kristina Davis, who also was selected as the 2021-22 Senior Scholar Athlete and Athlete of the Year for Livingston Manor, meets with Coach Maggi Fitzpatrick to accept her MVP Award for basketball.
Sean Kuhn | Democrat 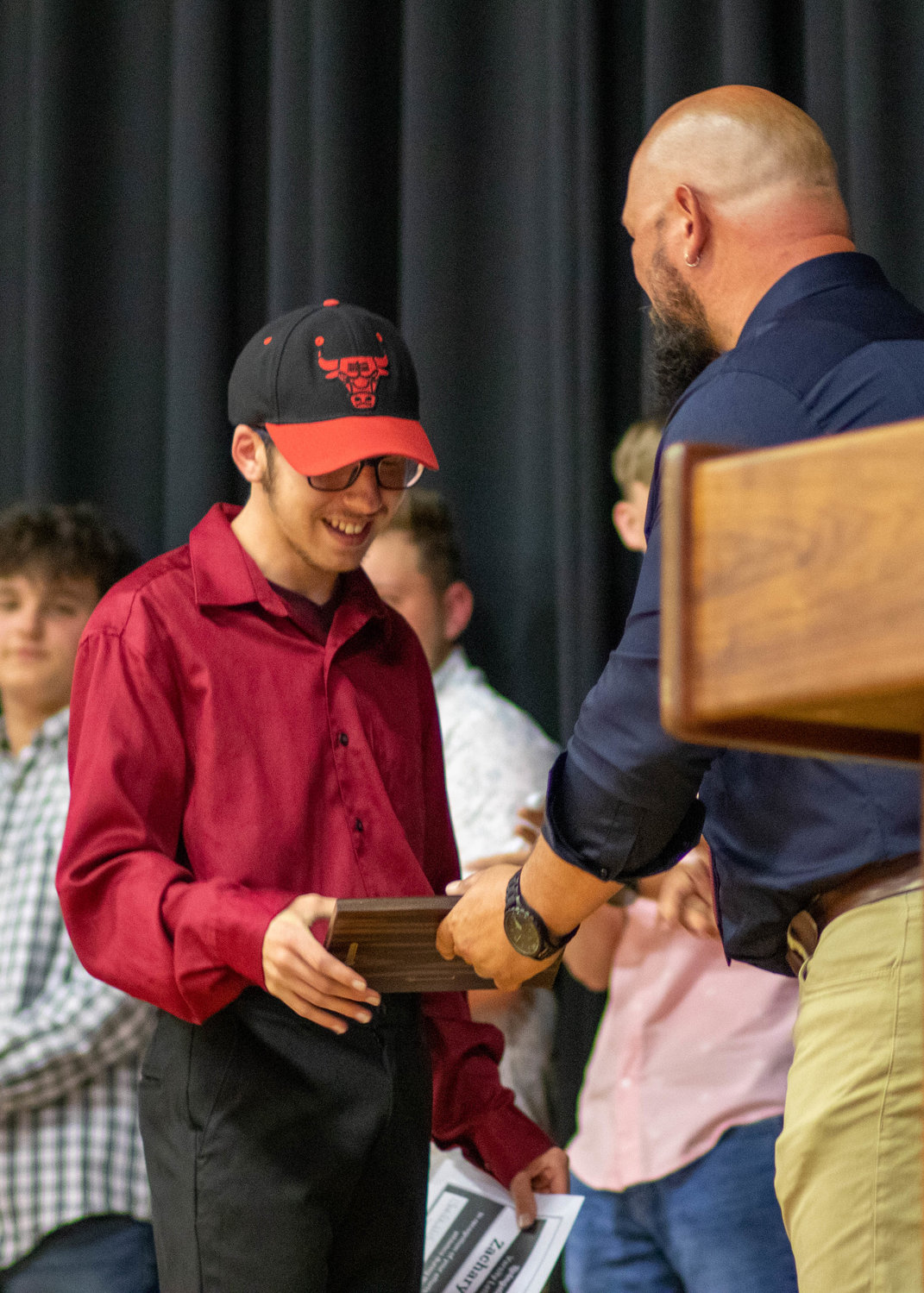 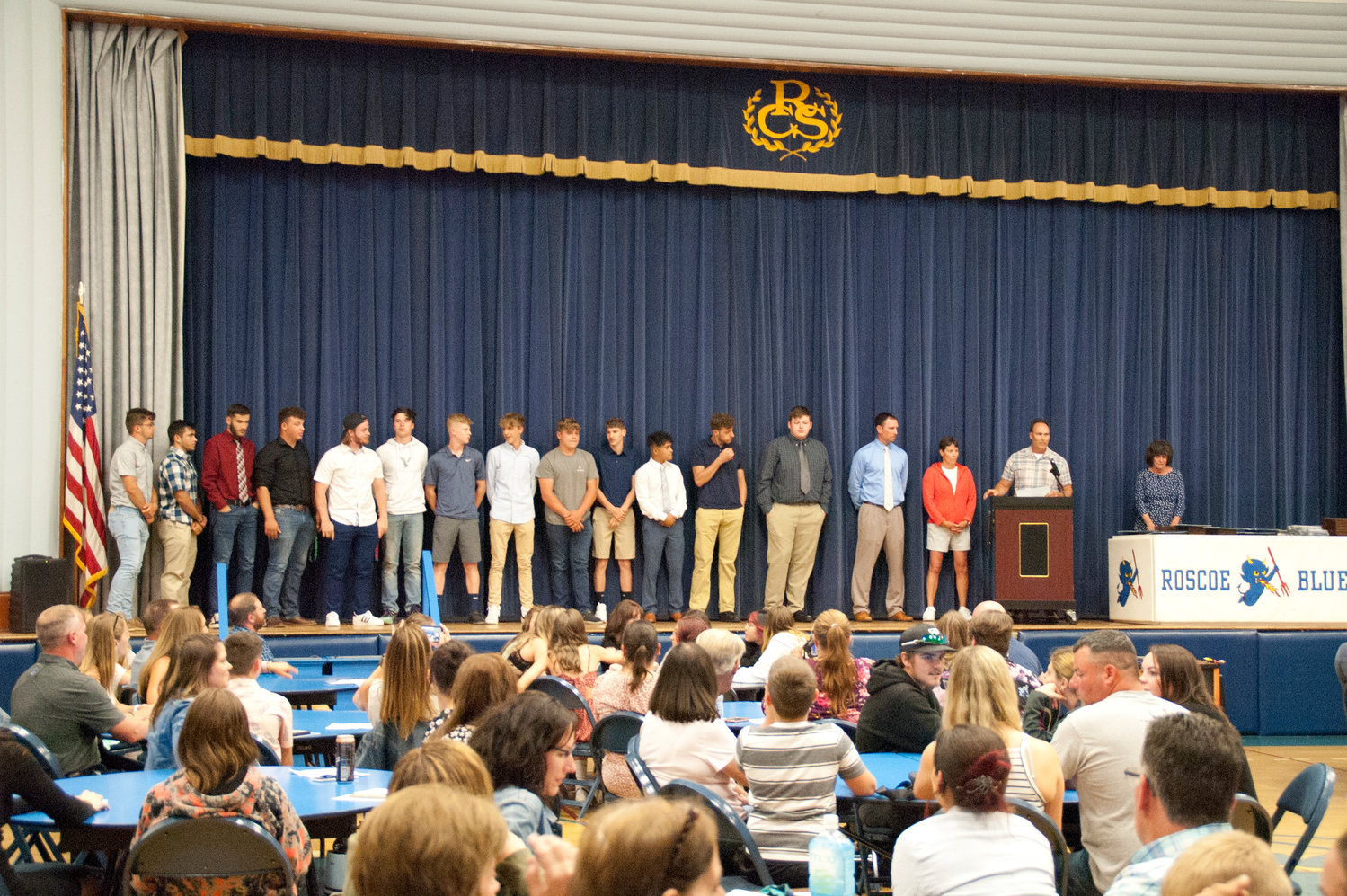 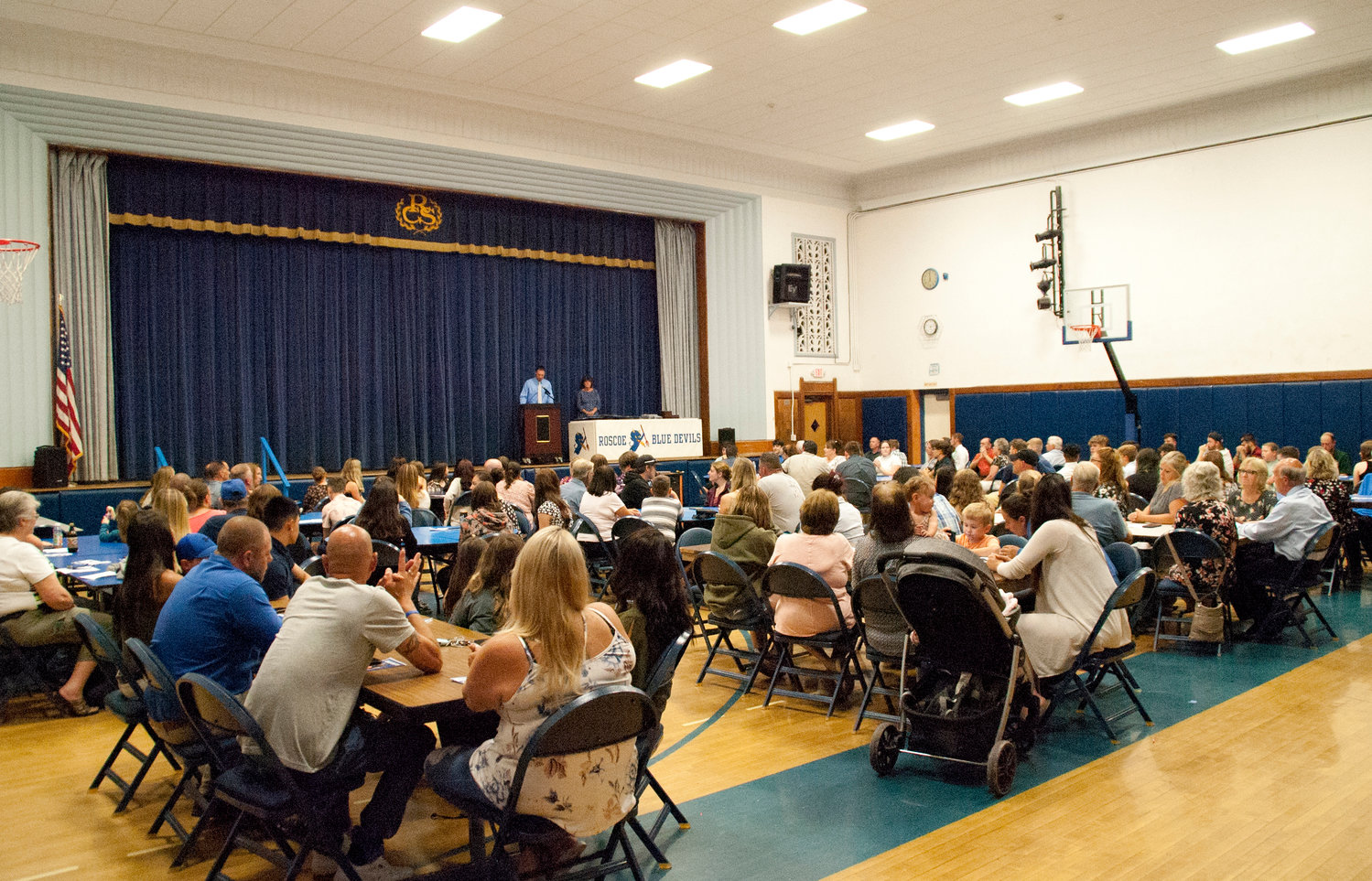 Families gather in the RCS auditorium for the first time in years after the revival of the sports awards night at Roscoe.
Anthony Morgano | Democrat
Previous Next
Posted Friday, June 10, 2022 6:20 am
Anthony Morgano

ROSCOE – The two smallest schools in Sullivan County held their awards nights last week, highlighting the various student athletes that competed and succeeded this year. From modified to varsity, and from merged sports to single school sports, each team from the year was given special recognition as coaches, families, friends and more gathered in each school’s auditorium on June 1 (Livingston Manor) and June 2 (Roscoe).

Livingston Manor’s girls basketball, Roscoe’s boys basketball and the merged football team were just a few of the many teams that had success this season at both the individual and team level, and the award winners from each school’s banquet are listed below.

Athlete of the Year:

Athlete of the Year: