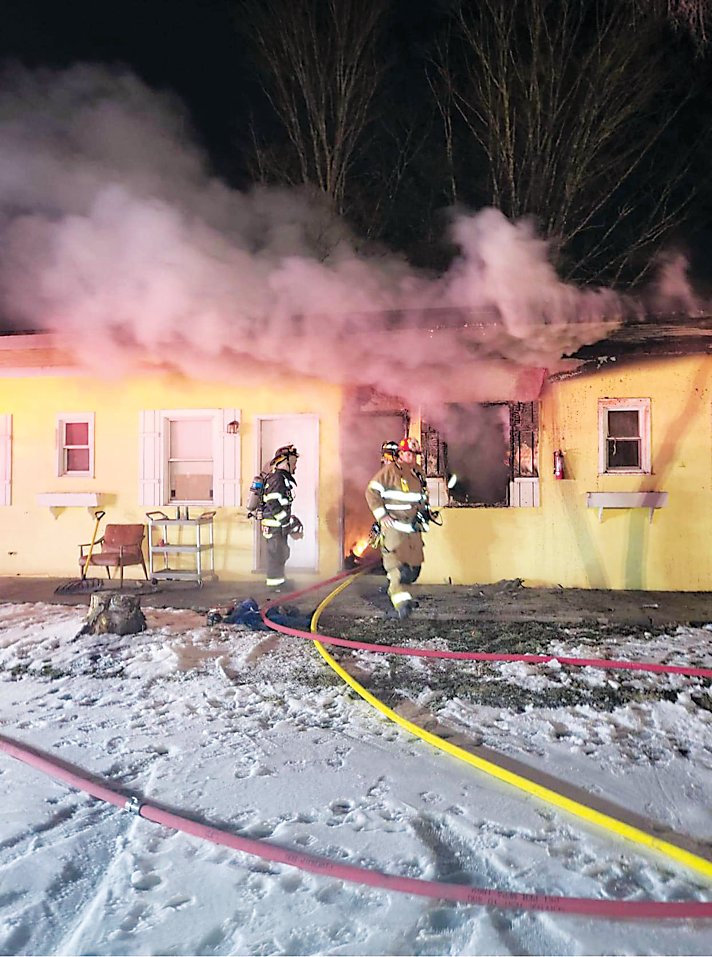 PARKSVILLE — The Liberty Fire Department responded to a structure fire at the Ocean Surf Motel at 960 Parksville Road in Parksville just before 8:30 p.m. on Monday.

According to Liberty Fire Department First Assistant Chief Mark Johnstone, responders arrived at the scene to find smoke and flames emanating from two rooms of the motel which had spread through the floors and into the ceilings.

“It’s pretty far towards the end of our district, so it takes us a little bit to get there,” Johnstone said.

Still, firefighters were able to effectively attack the blaze, tearing through some of the ceiling to provide ventilation.

Johnstone said the cause of the fire remains under investigation, but it could have started from one of the motel’s AC/heater units.

One firefighter suffered a minor burn to his leg and was treated at the scene.

Additional departments that responded to the fire included White Sulphur Springs, Roscoe-Rockland and Swan Lake as well as Thompson and Bethel FAST teams.

The Loch Sheldrake and Callicoon Center Fire Departments were placed on standby.

Also assisting at the scene were Mobilemedic EMS and the New York State Police.

Johnstone said the fire caused “extensive damage to the center of the building” and was later condemned by code enforcement. Seventeen people who were displaced by the fire were transported to the Liberty Fire Station and provided assistance by the American Red Cross.

Members of the Liberty Police Department later provided transportation for displaced persons to the Knights Inn.