Roberta Rehwaldt, a beloved and beautiful mother, sister, daughter, aunt, friend, teacher, gardener, pastor and caregiver, died peacefully at home with her friends and family around her. 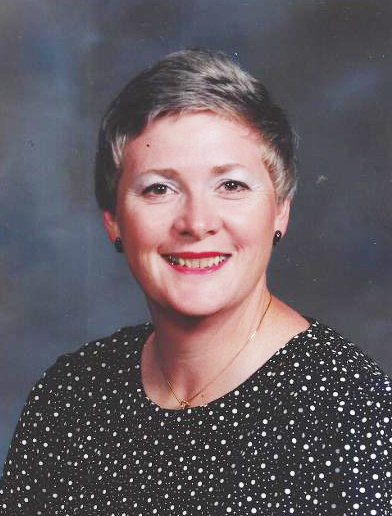 Roberta Rehwaldt, a beloved and beautiful mother, sister, daughter, aunt, friend, teacher, gardener, pastor and caregiver, died peacefully at home with her friends and family around her.

Roberta called both South Dakota and New York home, but she didn’t live in either one until later in her life.

She was born in Schenectady, New York on June 14, 1945, to parents Kendall and Alice Rehwaldt. She was named after her beloved uncle Bob. Her father worked for General Electric during the war. The family moved to St. Paul, Minnesota when she was two, following employment opportunities. The next move was to Seattle but only for a short stay before going to California. She got to go to Disneyland when it first opened!

The time in California was very typical: swimming lessons, tennis lessons, and confirmation classes. After high school, Roberta went to Rapid City, South Dakota where she lived with her grandparents and attended The South Dakota School of Mines and Technology. After one year, she came back to California and enrolled at UCLA. She was a buyer for a very fancy store before she realized that teaching was what she was meant to do. After teaching third graders for several years in California, Roberta moved to South Dakota where she lived with her parents on their cattle ranch, helping with chores and again teaching youngsters at a local school in Wagner. After a few years, she became the principal of the elementary school where she poured herself into the role of student advocate. Every winter she wrote and produced a Christmas pageant, which included Jesus, no matter what the Supreme Court said. Twenty years as principal flew by and following her retirement in South Dakota she became interested in Special Education, which would be the focus of her future work.

Roberta became a member of the First Presbyterian Church of Liberty in 2000. She quickly became a Deacon, then an Elder, and more importantly an inspiration for us all! Roberta was always serving those in need, that was her gift. Every night for a year, she would leave her job, go bathe, feed, and give hope and happiness to a member. Sunday afternoons, after church, she would go out visiting the home bound, spending the afternoon administering to their needs and bringing food. Roberta stepped up many times and did Sunday services. The members were blessed with her messages, bringing real life experiences to each message, giving laughter and hope.

Roberta will be remembered for her kind and generous heart, her love of children, jams, jellies, brownies, pies, the best pot roast on the planet, her unwavering faith, her incredible strength of will and body, and finally for believing that dessert should be eaten first! May the memories of Roberta bring comfort to all who knew and loved her.

Survivors include one daughter Ta-Shuana West-Rehwaldt of Rochester, NY; one grandson Jeremiah Mateo Robinson of Rochester, NY; two sisters Susie Koon and her husband Gene of Monrovia, CA; Anny Rehwaldt and her husband Bruce of Bushkill, PA; three nieces Gemma de Choisy of Iowa City, Iowa, Kathy Koon Pentecost and her daughter Lilly of Monrovia, CA and her families bound in faith and love in NY and SD.

A memorial service will be held on Tuesday, October 19, 2021, at 4pm in the Liberty First Presbyterian Church, 81 S. Main St., Liberty, NY 12754. Pastor Jay Wallace will officiate. Masks are required regardless of vaccination status. A private burial, at the convenience of the family, will be planned later.