LAKE HUNTINGTON – A great Tri-Valley start, a near Sullivan West comeback and superb pitching in between made for a tasty treat for baseball-hungry fans who were relishing the long overdue … 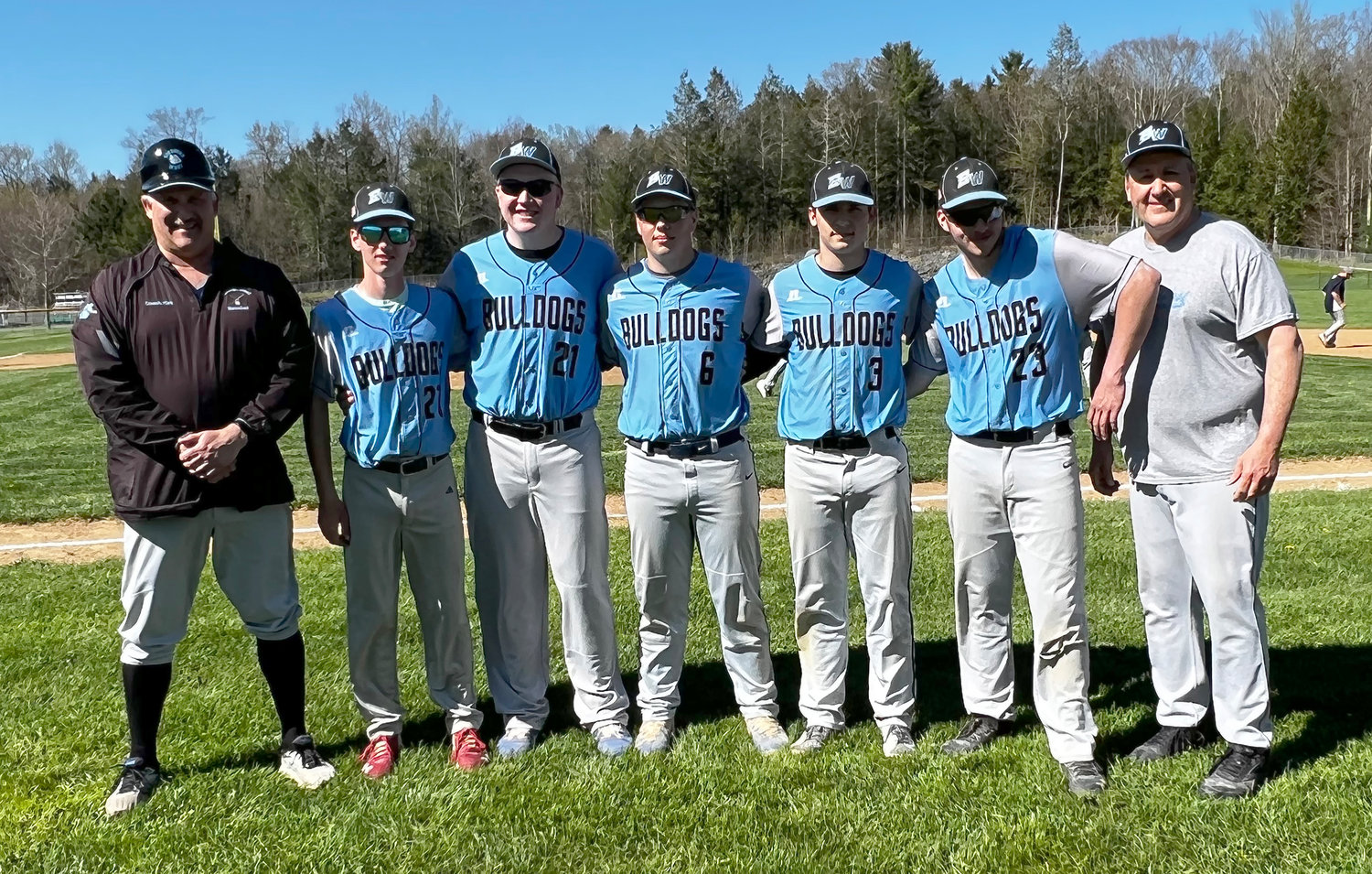 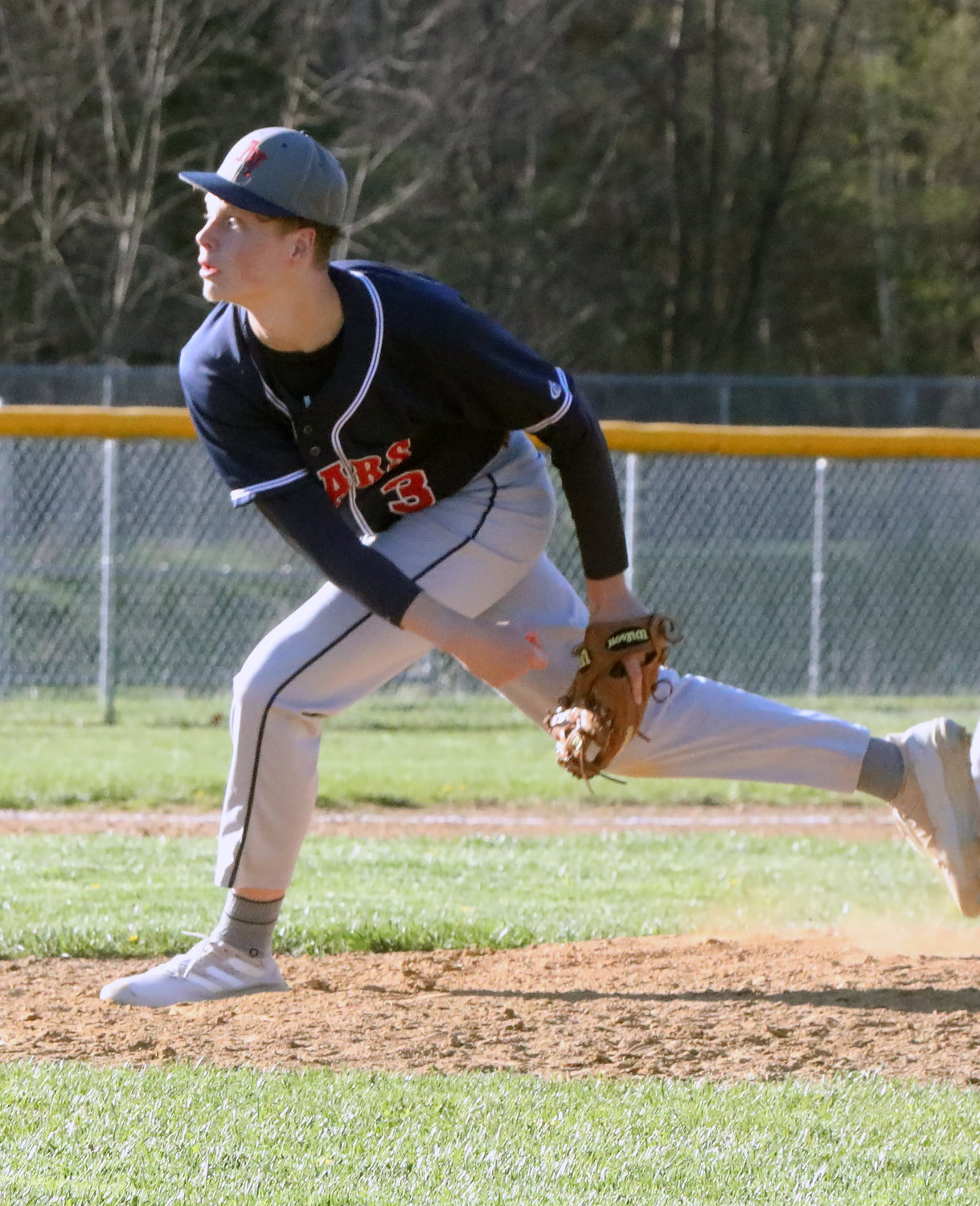 Tri-Valley senior hurler Andrew Cox fires a fast ball. He struck out eight batters and was credited with the win.
Richard A. Ross | Democrat 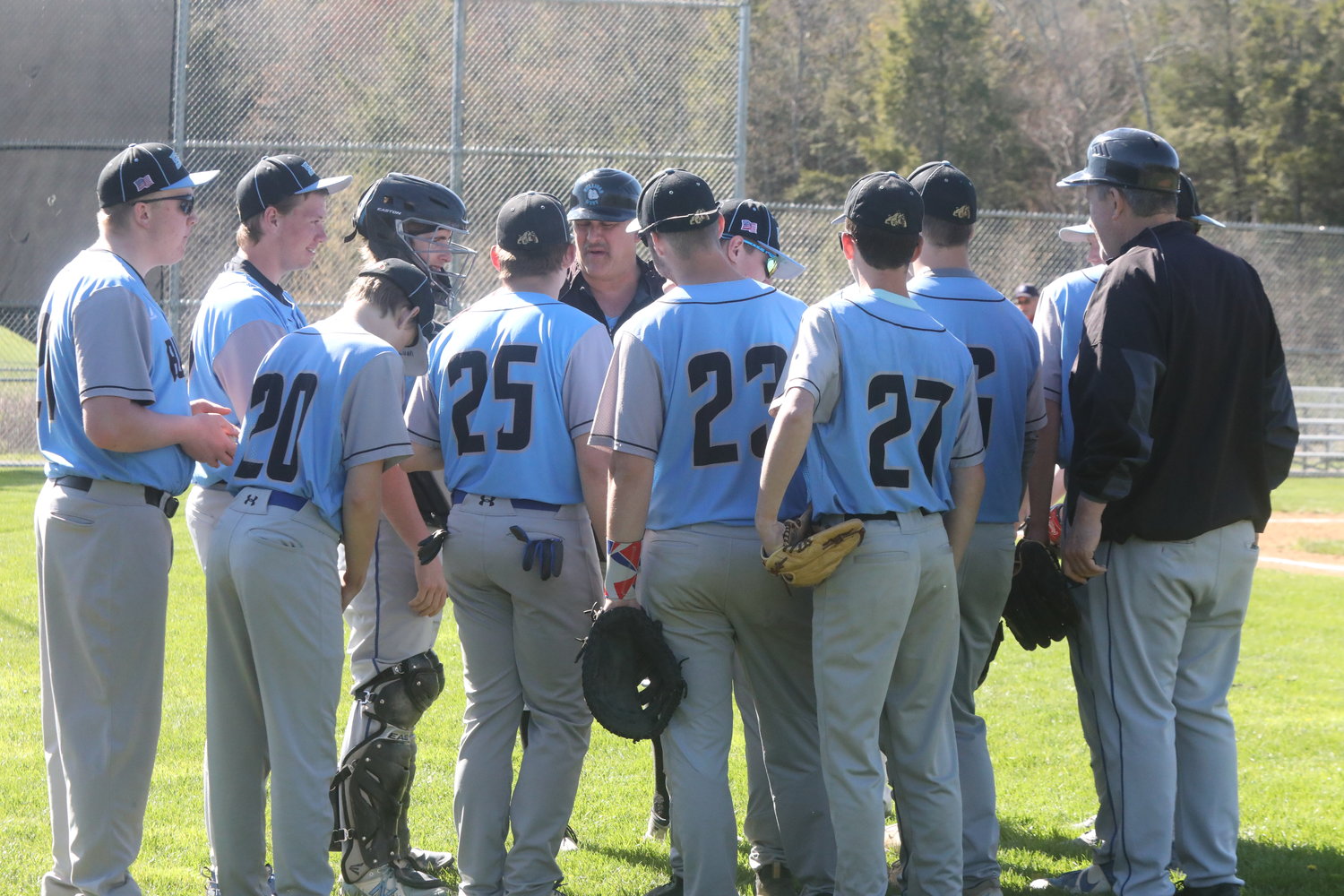 Sullivan West coach Bill Kirk offers words of encouragement to his team. He kept repeating in the dugout that he felt this game was going to end well and given the start of the seventh inning he was almost right.
Richard A. Ross | Democrat 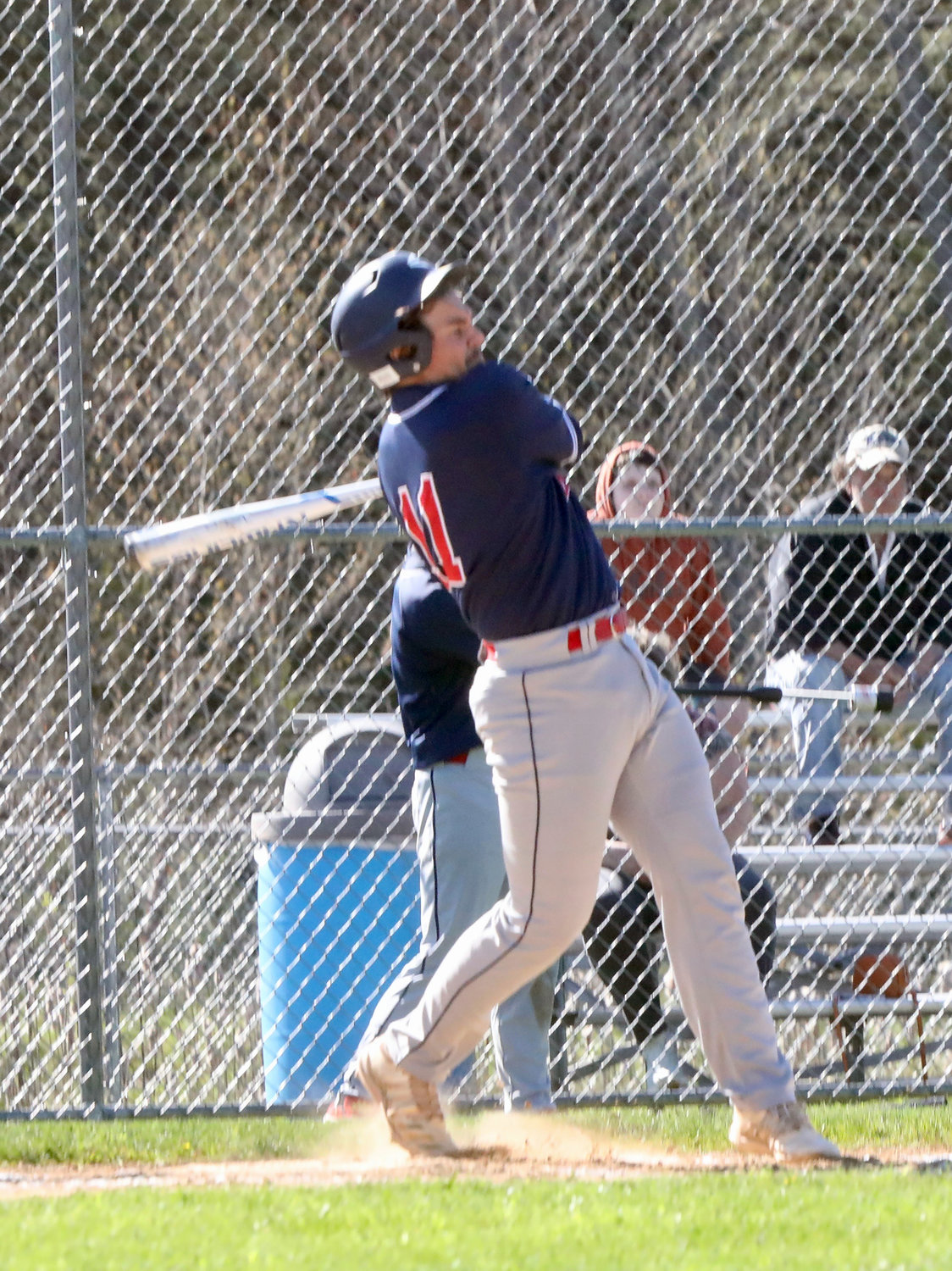 Tri-Valley senior David Allison ropes an RBI single in the first inning. He was three-for- four on the day with two RBI.
Richard A. Ross | Democrat
Previous Next
Posted Friday, May 13, 2022 6:20 am
Richard A. Ross

LAKE HUNTINGTON – A great Tri-Valley start, a near Sullivan West comeback and superb pitching in between made for a tasty treat for baseball-hungry fans who were relishing the long overdue advent lovely weather for the league clash between the county rivals. Every game has a life of its own and no two are alike. True to that maxim, this 9-7 Tri-Valley victory had a little bit of everything in it.

The day began with Sullivan West senior recognition as elder statesmen Justin Grund, Gavin Hauschild, Jake Nystrom, Dominic Perez, and Ryan Sayers were honored. They posed with their loved ones and got flowers. Both teams came in winless in league play, though the Bears had notched seven wins against four losses overall. Sullivan West hadn’t fared as well, posting a 5-8 overall record.

Sullivan West senior righty Justin Grund took to the hill and the top of the Bears’ lineup wasted no time in lighting things up. Austin Hartman ripped a single and promptly stole second. Brian Kelly’s single brought Hartman home. Then Andrew Cox had a base hit and Kelly went to third. David Allison’s roped single brought in the second run and an errant throw allowed Josh Carmody to reach safely, putting runners on second and third with no outs. Ian Mullen drove in two more runs and a passed ball enabled the sixth run of the inning to score.

The Westies responded in the bottom of the first with three runs to close the gap. Andrew Hubert reached on an error that put him on second. Jacob Hubert drew a walk and Max Ebert got an RBI with a nifty double. Gavin Hauschild’s single plated two more but the Bears erased a base runner to end the inning. Andrew Hubert came on in relief of Grund and steadied the ship.

Still, Tri-Valley added a run in the top of the second as Allison singled home Kelly. T-V now led 7-3. Both Cox and Hubert pitched exceptionally well. Hubert pitched four consecutive scoreless innings and Cox put up three goose eggs until SW scored a lone run in the bottom of the fifth, an inning that saw a scary moment as Dominic Perez was hit in the helmet by a Cox fast ball. Eventually he got up under his own steam and headed to the dugout. Jakob Halloran came on in his place. Andrew Hubert’s fly ball to left ended in an E7 and the run scored. Neither team scored in the sixth as the game flew by in record time.

In the top of the seventh, T-V added two insurance runs and as it would turn out, the policy paid off as they won by just that margin. A walk to Kelly, a stolen base and an errant throw allowed Kelly to score. Allison continued his hot day at the plate with a double. He stole third and then stole home. T-V looked to quickly close the deal with a 9-5 lead, but SW’s bats came alive beginning with a leadoff double by Ryan Sayers. Evan Scott pinch-hit for Austin Nystrom and his single brought Sayers in.

Kelly relieved Cox but he yielded a double to Justin Grund. That put runners on second and third. Halloran reached on a throwing error as the second run came across. Now it was 9-7 with no one out. Kelly got Andrew Hubert to fly out, but the tying runs were still on base. Then Jaymes Buddenhagen ripped a liner to short. Hartman snagged it and doubled Halloran off first to end the game. Tri-Valley improved to 8-4 (1-3), while Sullivan West fell to 5-9 (0-3). Sullivan West continued its week with a non-league road game vs. Ellenville, winning 18-2, followed by a rematch with Tri-Valley in Grahamsville.

Tri-Valley traveled to Chapel Field for a non-league game before hosting the Bulldogs. They are heading to Cooperstown to play Ellenville today.