SULLIVAN COUNTY –– Employers across the country have been in a pinch to find labor, and the Sullivan County Jail isn’t immune to that reality. 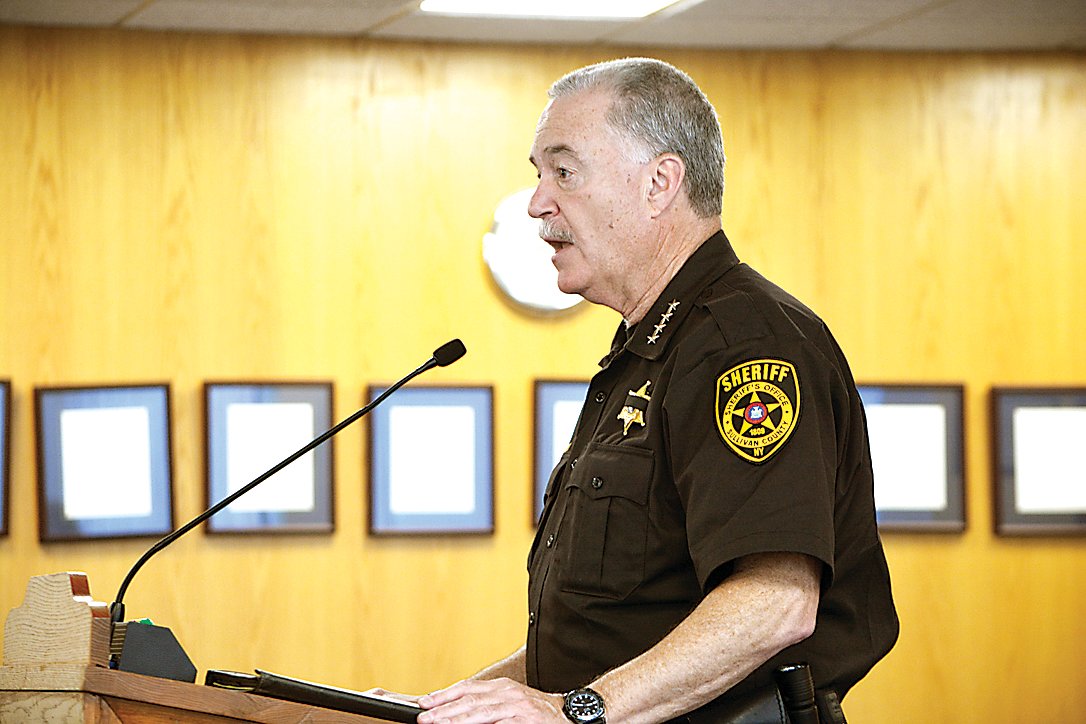 SULLIVAN COUNTY –– Employers across the country have been in a pinch to find labor, and the Sullivan County Jail isn’t immune to that reality.

During Thursday’s Public Safety and Law Enforcement Committee meeting, Sheriff Mike Schiff asked legislators for an executive session in the future to discuss modifications to the collective bargaining contract proposed for jail employees. They are represented by the Civil Service Employees Association (CSEA), while the road patrol is represented by the Sullivan County Patrolmen’s Benevolent Association, both of whom are currently in ongoing contract negotiations with the County.

“I don’t think [the jail contract] is coming up to the level we need to meet,” said Schiff.

Schiff explained that the private sector has changed so dramatically and starting salaries for a deputy in the jail is on par with McDonald’s. He added that every Sheriff he’s spoken with has been low on employees, so the issue isn’t specific to Sullivan County.

“That’s the stark reality,” said Schiff. “It doesn’t matter what the raises were [compared] to other agencies of like kind, we’re losing people to all kinds of industries in the private sector. And even in the private sector, it’s like an arms race, they can’t get people so they keep bumping up the salaries.”

Schiff is asking for the executive session so they can discuss the contract issues and what he feels is a “very dire situation,” as well as how they can mitigate it.

“I think we’re gonna be okay if the contract goes through with the road patrol,” said Schiff, “but I really believe we have to do the same thing for the jail or we’re gonna wind up with some problems.”

Jail Administrator Hal Smith noted that while there are around 105-106 inmates in the jail, which is lower than numbers pre-bail reform, those individuals are “all serious criminals,” adding that “probably 75-80 percent of them have severe mental health issues.”

“It is a huge challenge every day to try to keep this population under control,” said Smith.

He also mentioned the recently passed Humane Alternatives to Long-Term Solitary Confinement Act (HALT). The state legislation mandates that they can no longer confine an inmate to their cell for an extended period of time.

“So, for example, we’ll take the extreme … if an inmate commits a murder in our facility, the next day, we must let them out of their cell for at least seven hours a day,” said Smith. “In addition to still learning the new facility, we now have the new regulations.”

District 6 Legislator Luis Alvarez, a retiree of the Sheriff’s Office, said he spoke to someone who had just a few years remaining until they were eligible to retire, who left the Jail to look for a job in the private sector.

“Why would a person leave [with] so many years of service?” asked Alvarez.

Smith, in response, said it was a whole combination of things, from the previously mentioned challenges and mandates, to the move to more direct supervision (where you’re always amongst the prisoners), as well as the impact of staffing shortages.

Smith said typically they’ll lose an officer with one to five years on the job who can go out into the private sector and match or even exceed their salary. Younger people are also often less concerned about medical and long term benefits, and more concerned about making money now.

“You’ve got these older folks that are just exhausted,” added Smith. “The figure that was thrown at me, ‘they’re going to offer me $100,000 to drive a truck and I’m gonna work five days a week, Monday through Friday.’”

While there have been some that have left the Jail, Schiff offered high praise for “a core group” of people he’s called the “unsung heroes.”

“Through every dip we’ve had in manpower, they’ve come in,” said Schiff. “They never know when they’re going home, or if they’re going home, and they don’t complain. They’re going in, doing the job and they’re keeping us afloat. That’s why I’ve asked for an executive session. It’s a complex issue. But the bottom line is they’re doing their part. But the people that have had enough are bailing out and it’s going to leave us in an unbearable situation.”