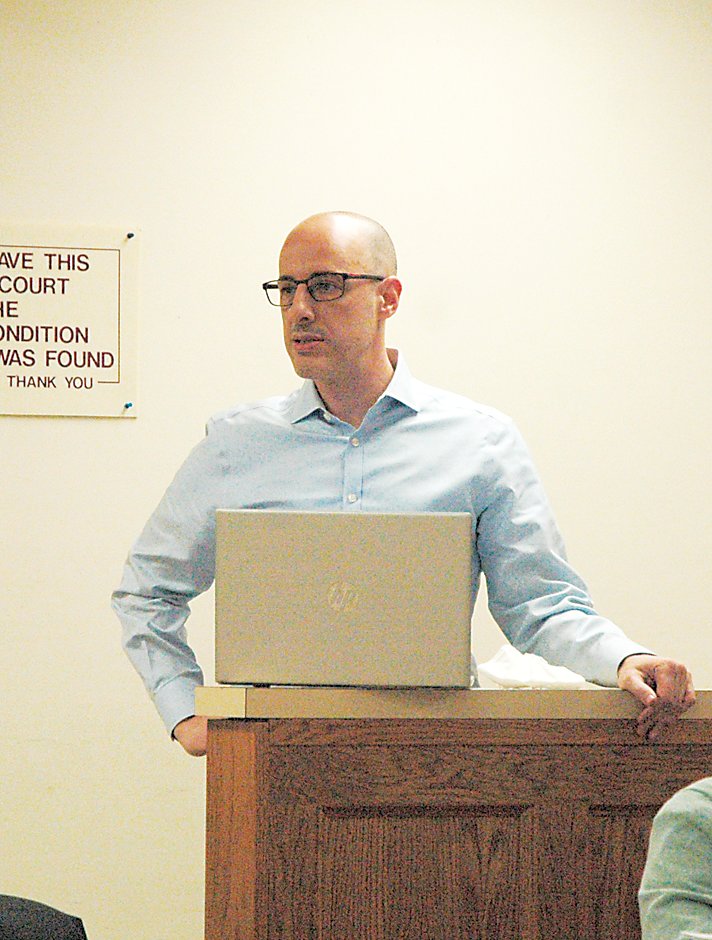 Alex Carmada, Director of State Government Affairs presented before the Town Board, speaking mainly on the details of the franchise agreement.
Derek Kirk | Democrat
Posted Tuesday, March 15, 2022 6:10 am
By Derek Kirk

FORESTBURGH — The Forestburgh Town Board has been in discussions with Spectrum representatives regarding the proposed renewal of the town’s franchise agreement with the internet and cable provider.

On Thursday, March 3, the Board welcomed Alex Camarda, Director of State Government Affairs at Charter Communications to elaborate on the franchise agreement and franchise fee.

Spectrum is a brand name used by Charter Communications Inc.

“Every 10 to 15 years or so we renew franchises that we have with all the different towns and villages in New York State,” said Camarda. “[These franchise agreements] give us the right to operate in the locality.”

This fee acts as a license to own and operate the franchise business, and is paid to the town by Spectrum.

This fee appears on the bills of residents who use Spectrum’s services, which is collected by Spectrum, and then later given to the municipality in the form of a fee.

“...We paid in 2020, $10,000 in the year to the town of Forestburgh and that’s based on a percent of the amount of the gross revenues that we collect from the subscribers of cable TV,” Camarda said.

This fee is set at 3 percent at the discretion of the Board.

“We offer low-cost internet for low income individuals, right now there is a program at the federal level that we participate in. It’s called the Affordable Connectivity Program and if there are households in the town that are on snap or medicaid or other common programs for people who are lower income, they can get a thirty dollar reduction off the bill,” Carmada said.

According to Carmada, Spectrum offers various programs that assist in accessibility for internet, cable, and telephone.

The Town Board will reconvene at their next meeting on April 7 for further discussion on the franchise agreement.