Sportsman of the Year announced at annual dinner

ROSCOE –– Each year, the Federation of Sportsmen’s Clubs of Sullivan County (FoSCoSC) holds their annual dinner at the Rockland House in Roscoe, where members of the various clubs …

Sportsman of the Year announced at annual dinner 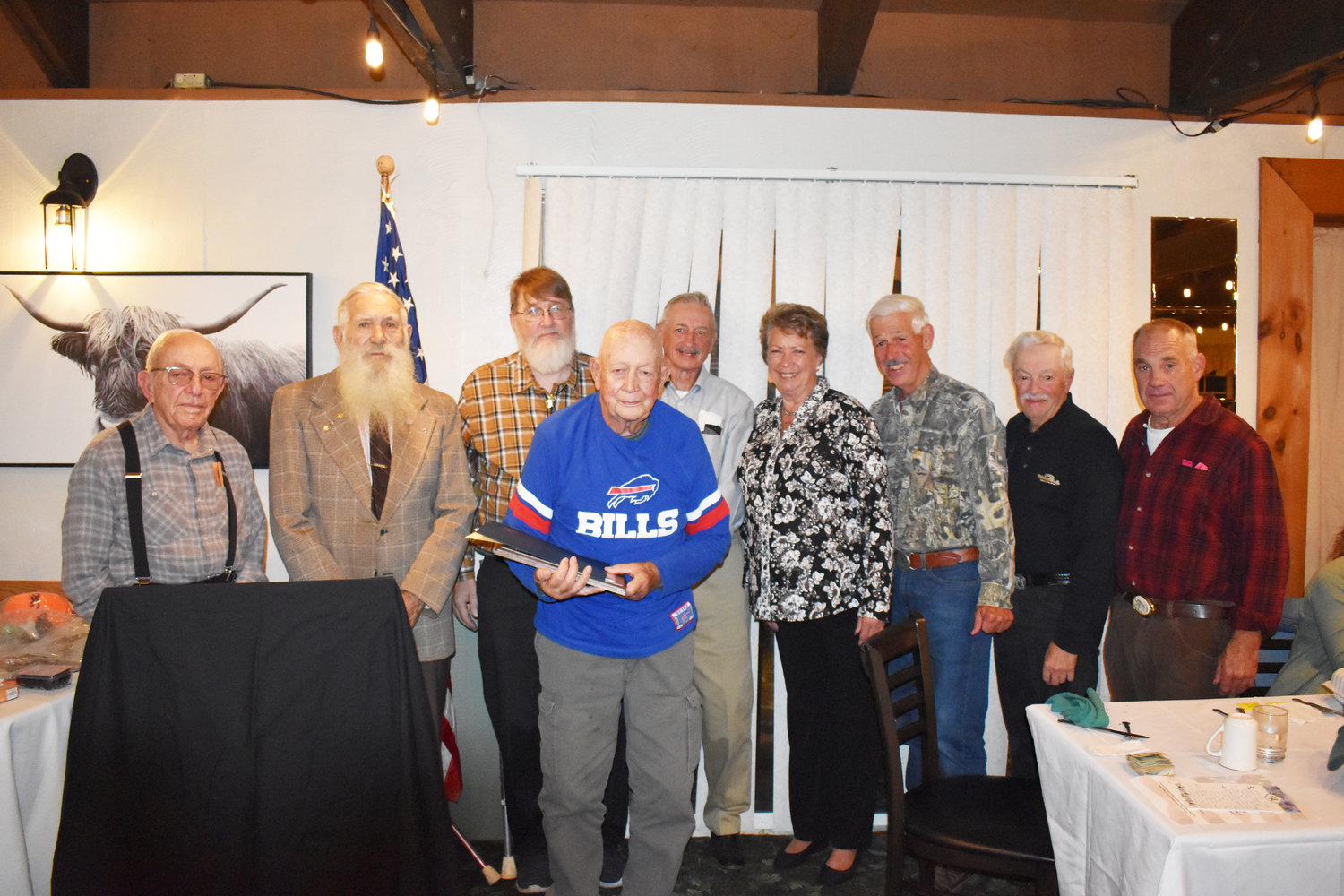 Arnold Buley (front) accepts his Sportsman of the Year award as the previous winners gather around behind him.
Anthony Morgano | Democrat 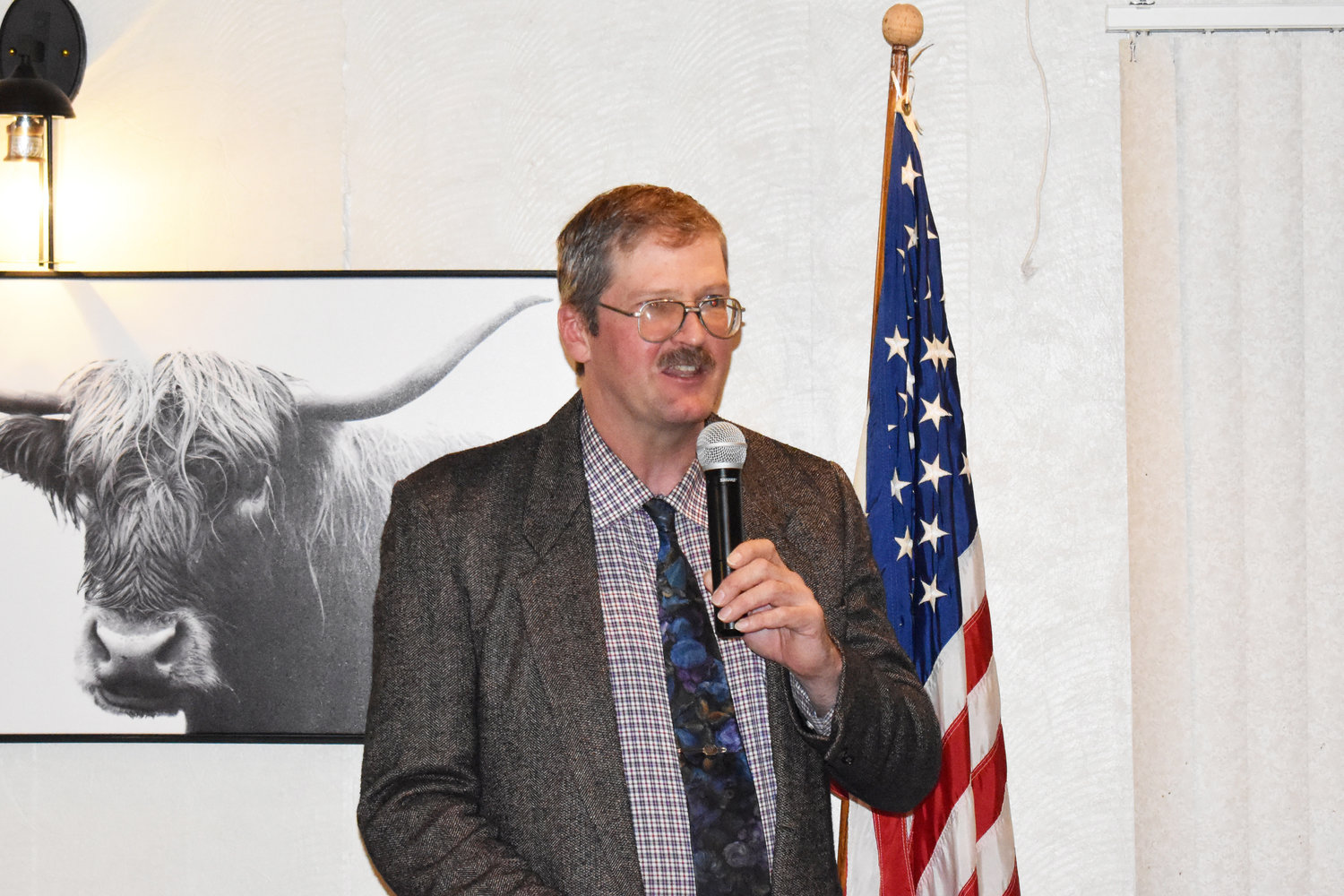 ROSCOE –– Each year, the Federation of Sportsmen’s Clubs of Sullivan County (FoSCoSC) holds their annual dinner at the Rockland House in Roscoe, where members of the various clubs attend to celebrate the year’s achievements and honor the Sportsman of the Year award winner.

Beginning with a cocktail hour, members of the Sullivan County Legislature and other local political figures made the rounds, interacting with members of the federation.

Raffle tickets were on sale as well, as well as door prizes that were offered to everyone that had a ticket to the dinner.

Once the dinner service began, Federation President John Van Etten welcomed the guests and began going over some of the great things that FoSCoSC accomplished during the year. From the ice fishing derby and the coyote hunt to sending kids to the DeBruce DEC Camp and stocking pheasants for the youth hunt, the Federation does a lot for young sportsmen and sportswomen throughout the county.

Van Etten returned to his table as more of the food began to arrive, briefly coming up throughout the evening to announce special awards and thanking people for their hard work for their clubs and FoSCoSC.

Once the guests had a chance to get through their dinners, Van Etten returned to the podium to hand out the biggest award of them all, the 2022 Sportsman of the Year.

This year’s recipient, Arnold Buley, is the oldest of 11 children, and back in the day hunting, fishing and gardening was the main source of food for the table.

In the late 50’s, the Buley family moved to Grahamsville, where he began fishing for trout regularly. Buley fished in the Rondout Reservoir so frequently that they named “Buley’s Point” after him.

“Arnold has tried just about every type of hunting, fishing and trapping around New York and other states. He has stocked fish for the Federation, State and Grahamsville Rod and Gun Club in the waters of Sullivan County, sold numerous raffle tickets and worked many events. Tomorrow he will be stocking pheasants and tonight he will be presented with Sportsman of the Year,” said Van Etten.

After a raucous round of applause and a photo with past winners of the Sportsman of the Year award, Buley and the guests returned to their seats for dessert before the raffle winners were announced.

“The Rockland House has hosted us for a long time. It’s a great thing for us and they always do a good job,” Van Etten said.

The night never fails to provide great food, company and fun when the group gets together.

Van Etten said, “It’s a great way to get together before the start of hunting season with our fellow sportsmen and celebrate our accomplishments and just relax.”