On Sunday, May 29, 1927, Patrick Cardinal Hayes, of the Archdiocese of New York of the Roman Catholic Church, traveled to Sullivan County to dedicate the new chapel at St. Joseph’s Seraphic … 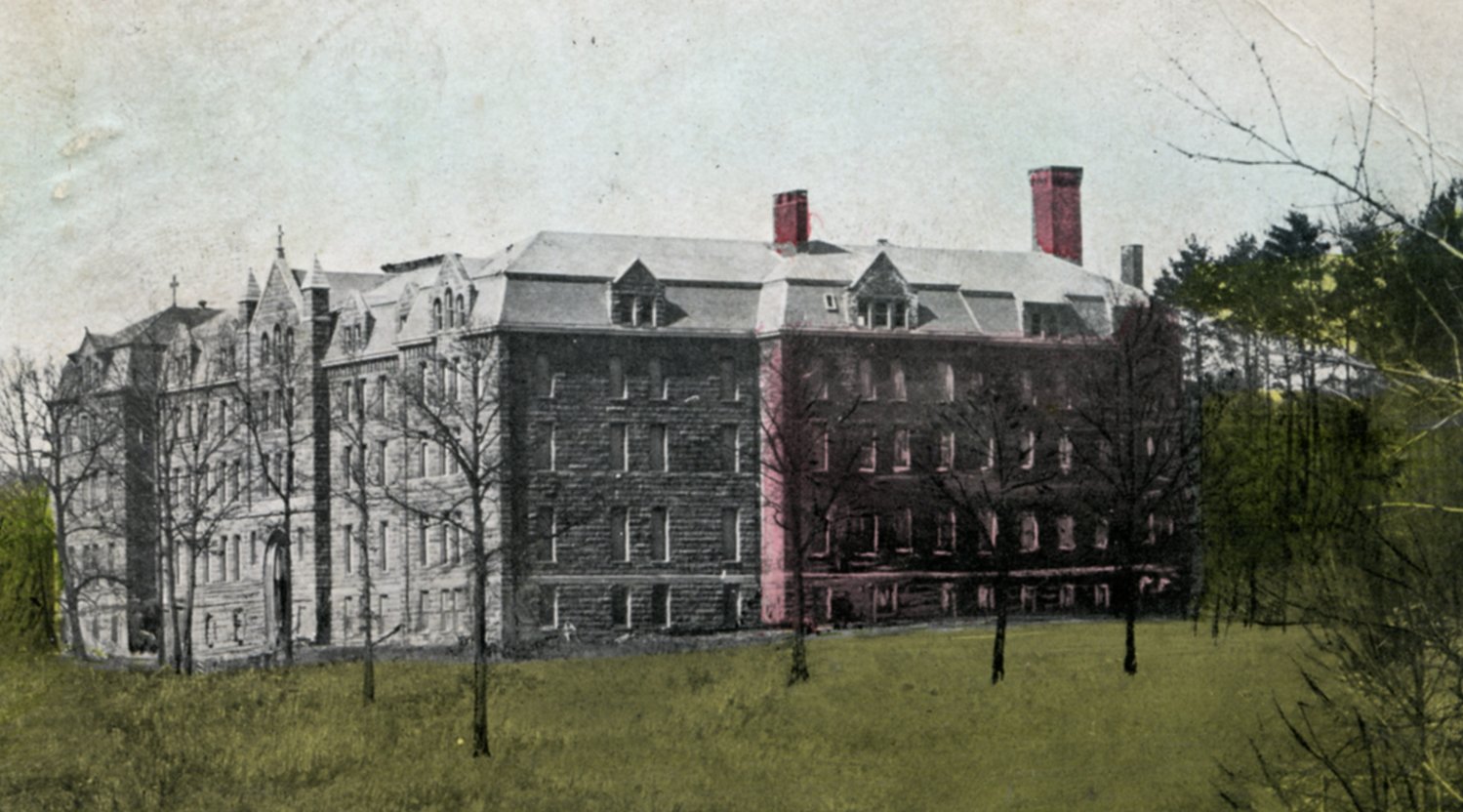 A photo of the new building at St. Joseph’s Seraphic College in Callicoon while still under construction.
Contributed photo
Posted Friday, May 20, 2022 7:00 am
John Conway

On Sunday, May 29, 1927, Patrick Cardinal Hayes, of the Archdiocese of New York of the Roman Catholic Church, traveled to Sullivan County to dedicate the new chapel at St. Joseph’s Seraphic College in Callicoon.

The Cardinal was no stranger to Sullivan County having established his summer residence at the former Thomas Hunt Talmadge estate at a different St. Joseph’s, the expansive holdings of the Dominican Sisters in Forestburgh, but his presence in Callicoon that weekend was still big news. A special Erie Railroad train from New York City brought several hundred people to the Seminary to witness the dedication.

According to research performed by Ruth Huggler, St. Joseph’s Seraphic College, the word seraphic means “like a seraphim,” a high ranking angel in the Catholic religion, had come to Callicoon in 1901, on property previously occupied by the Callicoon Mountain House, a summer boardinghouse originally operated by Anthony Kling and his family, and then by Elias Mitchell. The college, as it was originally known, first used the old boardinghouse structure, with extensive modifications, until a new building, designed by the New York City architectural firm of Wakeman and Miller, could be built. That impressive new edifice, begun in 1904, took dozens of workmen years to complete, and was finally ready to be dedicated in 1911. The project cost an estimated $175,000, or about $5.3 million in today’s money.

The new facility, a four-story brick structure with a bluestone front, featured offices, a dining room, and a kitchen on the first floor, with a library, infirmary, classrooms, and an assembly hall on the second floor and living quarters on the top two floors. Workshops, a gymnasium, and storage rooms were located in the basement, which also housed a modern heating plant. From its vantage point on the top of the hill, the building had a view of the hamlet of Callicoon Depot and for nearly ten miles beyond.

Once the new structure was completed, the old boardinghouse was razed, and a spacious lawn constructed where it stood.

The seminary celebrated the completion of the new building with a huge dedication ceremony on May 30, 1911, presided over by Archbishop Farley of New York City.

In its June 1 edition that year, the Middletown Daily Times Press reported that the new facility was erected by the Franciscan Fathers of the Province of the Holy Name of Jesus and would be known as St. Joseph’s Seraphic College.

For decades the Seminary educated aspiring priests, providing a high school curriculum plus an extra year of preparatory work before the young men would go on to complete their college degrees, most often at St. Anthony’s College in Butler, NJ or Holy Name College in Washington, DC.

When the chapel was added in 1927, it drew dignitaries from far and wide to the dedication ceremony. In addition to those present for the dedication, the Middletown Daily Herald reported in its May 28, 1927 edition that “persons vacationing in Sullivan County this year are invited to visit the chapel.”

In 1937, the school was granted permission to offer a second year of college, and officially became designated as a junior college. By 1979, the seminary had folded, and the federally funded Delaware Valley Job Corps took over the location, offering a free education to students, mostly from New York City, but also some from Sullivan County, seeking a GED and job training. The facility is still operated as a Job Corps today.

The history of the much expanded property with the incredible vantage point, including its transition from working farm to boardinghouse, from boardinghouse to seminary, and from seminary to job training facility, will be the topic of a presentation by this columnist, your Sullivan County Historian, at the Seminary Hill Orchard & Cidery in Callicoon at 4 p.m. on Sunday, May 22. Creighton Drury, a local retiree who was once a student at the Seminary, will also share his memories at that time. Ciders crafted from the Cidery’s own orchard, a seasonal menu, and a full bar of New York wine, beer, and spirits will be available. The program is free and open to the public.

Seminary Hill Orchard & Cidery is located not far from the Job Corps at 43 Wagner Lane in Callicoon.

John Conway is the Sullivan County Historian. Email him at jconway52@hotmail.com. He will present a program on the history of St. Joseph’s Seraphic Seminary as part of an event at the Seminary Hill Orchard & Cidery in Callicoon at 4 p.m. on Sunday, May 22.