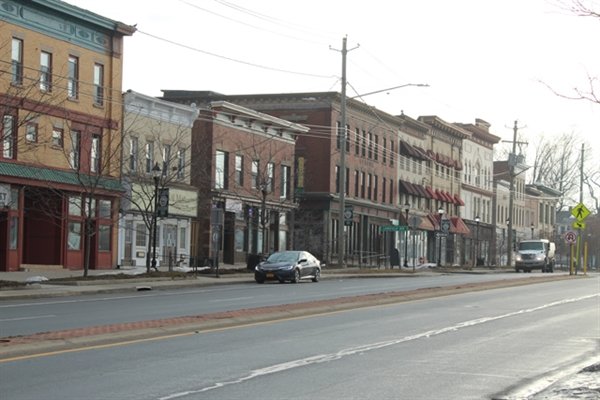 The Town of Thompson and Village of Monticello are estimated to share more than $1.6 million in federal COVID relief funding.
CONTRIBUTED PHOTO
Posted Thursday, March 11, 2021 12:00 am
Matt Shortall - Co-editor

SULLIVAN — The $1.9 trillion “American Rescue Plan” passed by Congress on Wednesday will soon be signed into law. It includes Rep. Antonio Delgado's “Direct Support for Communities Act” which established a formula to deliver more than $130 billion in federal aid to municipal and local governments across the country.

Over $400 million of that will assist municipalities within New York's 19th Congressional District.

Republican members of Congress united against the bill, arguing that it contains too many provisions unrelated to COVID-19 and adds to the growing federal deficit. Democrats argue local funding and other provisions are necessary to help communities bounce back from the pandemic.

“For an entire year, local officials across New York's 19th Congressional District have worked around-the-clock to protect their communities without a dime of direct federal relief,” said Rep. Delgado, who has advocated for local funding along with Senators Chuck Schumer and Kirsten Gillibrand.

“I've been talking with folks across the political spectrum on the ground,” he said. “Every county that I go to - whether it's county executives, town supervisors or mayors - people understand how critically important it is to provide for our local governments and this bill does that.”

During a Facebook town hall held on Tuesday night, Delgado said the funding is not determined by population size as in previous bills. Funds can be used to replace lost revenue and deal with the costs of mitigating the effects of the pandemic. They can also be used to address negative economic impacts of COVID-19

“That could mean improving broadband, fixing water infrastructure, paying workers or helping nonprofits or small business owners,” Delgado said. “There's a lot of latitude here to be able to utilize the funding that is going to our local governments.”

Sullivan County is estimated to receive around $14.63 million in federal funding.

“Considering we're still facing as much as 10 percent cuts in State aid, this federal stimulus funding couldn't come at a better time and will be used to offset any revenue shortfalls we have, or delays in receiving revenue,” explained Sullivan County Manager Josh Potosek. “We will also earmark these funds for a multitude of COVID-19-related expenses that will continue for the foreseeable future. And there may be enough left over to bolster initiatives like broadband expansion and composting, as well. I am deeply thankful to Congressman Delgado for his leadership in ensuring this stimulus package includes local municipalities - including all our towns and villages, who will also see a significant and needed fiscal boost.”

The Town of Bethel is estimated to receive around $460,000 in federal funding.

“It's going to help a lot,” said Town of Bethel Supervisor Dan Sturm.

While Bethel did comparatively better in managing some of the effects of the pandemic, it still lost revenue in several areas. According to Sturm, the town lost nearly $50,000 in revenue when it was forced to severely scale back its popular summer camp program. Revenue from the Town Justice Court also took a hit compared to years before. Then there were tens of thousands of dollars in miscellaneous expenses for things like cleaning supplies and glass partitions for town offices.

Sturm said that planning for several projects, such as a new town hall and a new highway barn, had to be put on hold in 2020 due to the pandemic.

“Those are some things we may revisit right away if we do happen to get an infusion of funds,” Sturm said.

The Town of Thompson and the Village of Monticello are estimated to share in approximately $1.6 million in federal funds.

“We expect the Town share to be approximately $800,000,” said Town of Thompson Supervisor Bill Rieber Jr. “When we have the money in the bank and details on where it can be used, the Town Board will direct the funds. We very much appreciate the good work from Congressman Delgado and Senators Chuck Schumer and Kirsten Gillibrand in securing these vital funds to ensure recovery from COVID-19 and sustainability going forward.”

The Town of Liberty stands to receive a little over $1 million. Supervisor Frank DeMayo said he couldn't speak for fellow board members, but there are several projects related to water and sewer infrastructure that could be addressed.