"To perform at this historic venue and before such great artists as Foreigner and Don Felder – it is something that these students will never forget,” said Sullivan West High School … 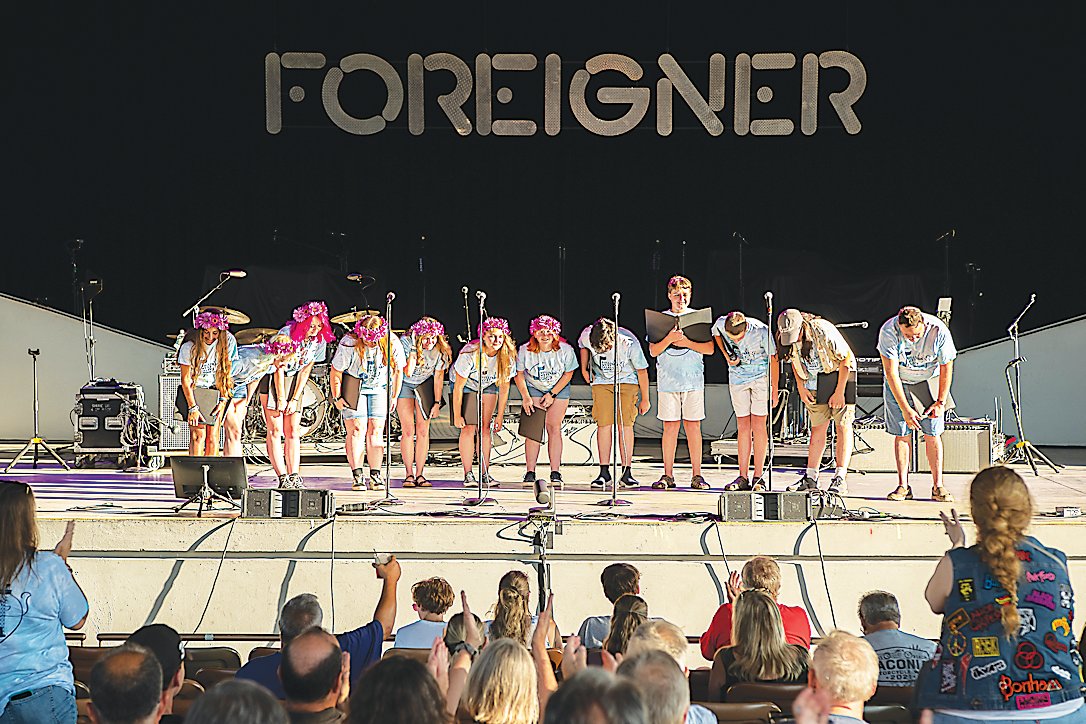 The Sullivan West Select Choir takes a bow after performing on the Main Stage at Bethel Woods Center for the Arts on August 7, opening for Foreigner and Don Felder.
Contributed by Kevin Ferguson/Bethel Woods 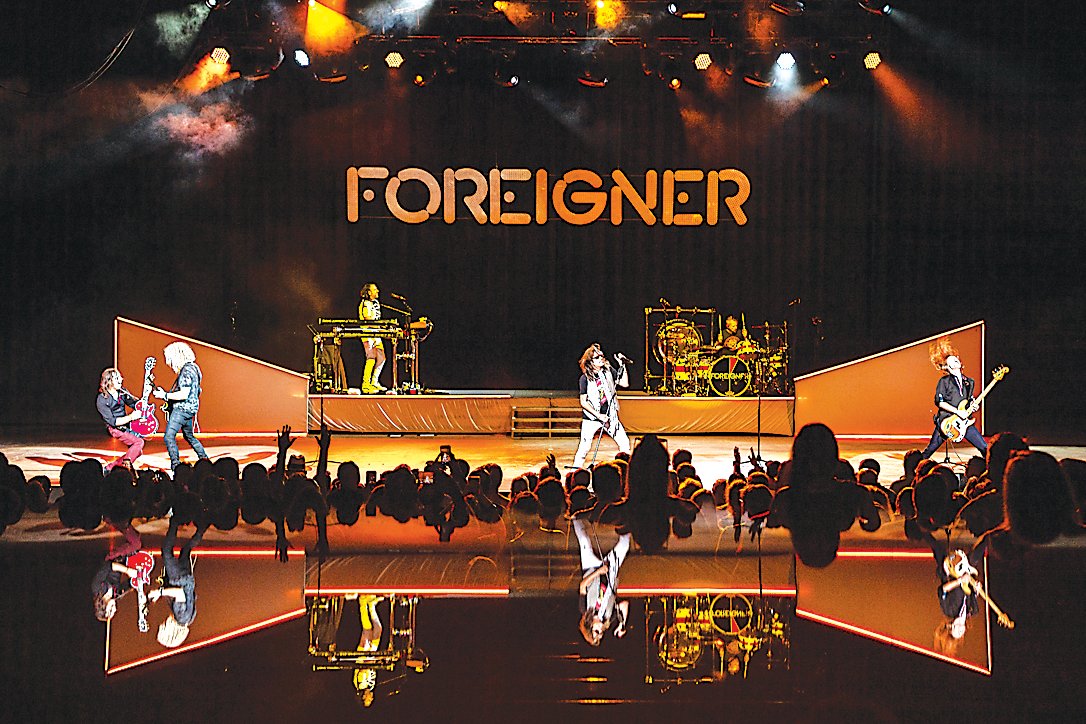 Foreigner performed for thousands of people on August 7.
Contributed by Kevin Ferguson/Bethel Woods 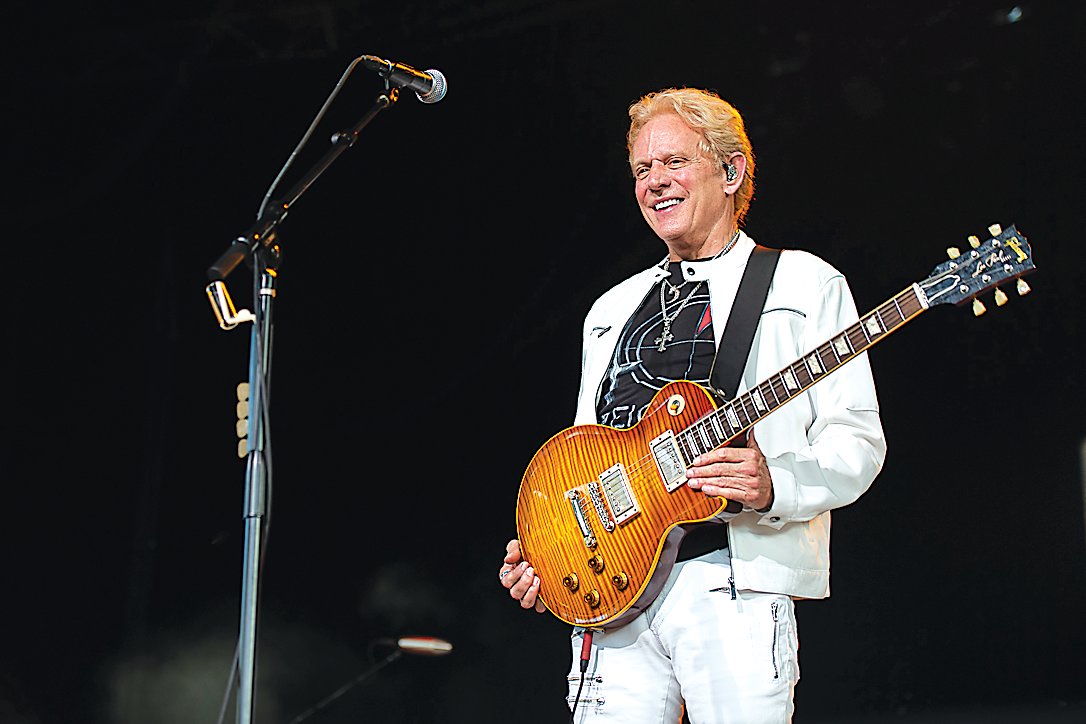 Special guest Don Felder is renowned as a former lead guitarist of The Eagles.
Contributed by Kevin Ferguson/Bethel Woods
Previous Next
Posted Friday, August 12, 2022 6:10 am
By Derek Kirk

"To perform at this historic venue and before such great artists as Foreigner and Don Felder – it is something that these students will never forget,” said Sullivan West High School Select Choir Director Jerry Hoch, as the musical group took to the stage at Bethel Woods Center for the Arts on August 7.

The Sullivan West Select Choir is an honors choir at Sullivan West High School of which Students are chosen to be a part of this choir through audition. The group primarily performs a cappella music of various styles ranging from Renaissance madrigals to popular Pop Songs. The Select Choir performs at annual school concerts as well as throughout the community during the school year, such as Christmas Tree lightings, Dickens on the Delaware, and other events.

The Select Choir performed four songs Sunday evening at Bethel Woods, which included You are the New Day, written by John David, Helplessly Hoping by Crosby, Stills & Nash, Africa by Toto, and Lullabye (Goodnight, My Angel) by Billy Joel.

“I am so excited that my students have had this amazing opportunity to showcase their music and talents not just to people in our school district, but to an entire community and beyond. This choir has always been a special group and I am so thrilled they have gotten this recognition. These students are so dedicated,” Hoch said.

Hoch has been the Select Choir Director at the high school for the past 11 years.

“We want to thank Foreigner so much for inviting us to perform at their concert...I also want to thank the Bethel Woods Center for the Arts for recommending our choir to Foreigner and being such gracious hosts,” Hoch said.

“It’s a completely different experience,” said Select Choir member and recent Sullivan West graduate Charles Simon after the performance. “When you’re outside, it feels so much more casual and it feels a lot more free.”

“It’s just an incredible experience,” upcoming 10th grader Ethan Hoch said. “Never have I ever thought that in my life I would be performing here on the pavilion stage in Bethel.”

“[It was] super fun, [I am] very grateful we got to do this,” upcoming senior Angela Cordischi said alongside upcoming Junior Ariel Roycroft, who said that it was “an amazing experience,” and if given the opportunity, would do it again.

“It was a treat for everyone to have the talented students in the Sullivan West choir take the stage before Foreigner with special guest Don Felder,” said Eric Frances, CEO of Bethel Woods Center for the Arts.

“Showcasing our local emerging artists is part of our nonprofit mission and what better way to do that than in front of a pavilion filled with enthusiastic Bethel Woods members and fans.”

Don Felder took the stage after the Sullivan West Select Choir, engaging the audience clapping their hands with Eagles classics such as Hotel California and Life in the Fast Lane.

Following Felder was the headliner of the evening, Foreigner.

Despite being named ‘Foreigner,’ the band acted right at home at Bethel Woods.

With their name displayed directly behind them, the members of the band rocked out at Bethel Woods on the stage that sits just yards from the scene of the original 1969 Woodstock music and art festival.

Foreigner came out strong with performances of their fan-favorite classics like Head Games, Cold as Ice, Waiting for a Girl Like You, Juke Box Hero, I Want To Know What Love Is, and many others.

The ultimate gift is presence