LOCH SHELDRAKE — “Never since the founding of this college has there been such an existential threat to the ongoing operation of SUNY Sullivan, or for that matter, any community college in New … 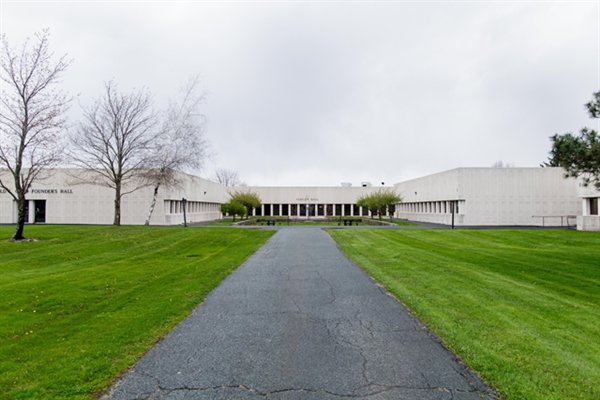 LOCH SHELDRAKE — “Never since the founding of this college has there been such an existential threat to the ongoing operation of SUNY Sullivan, or for that matter, any community college in New York State,” said SUNY Sullivan President Jay Quaintance to the Board of Trustees (BOT) on May 14.

Due to the COVID-19 pandemic, New York State is having a shortfall in revenue as businesses are closed down to help slow down the spread of the virus. This shortfall can potentially cause a shortage of state aid that the college relies upon.

Quaintance said that if the college sees a 25 percent reduction in state aid, they would have a $2.7 million deficit and would have to entertain lay-offs.

“That's if we can keep our enrollment on track and if we can be on-site and have the dorms filled,” said Quaintance.

The BOT voted to form the Labor-Management Lay-off Committee, which would be made up of three board members—Phyllis Coombe, Anthony Kane, and Paul Guenther—with three members from the faculty union, Professional Staff Associations (PSA).

The PSA said, “The collective bargaining agreement between SUNY Sullivan and the Professional Staff Association employs a comprehensive provision which addresses lay-off procedures.”

As of press time, the three members appointed by the PSA President have not been chosen.

“I have no love of retrenchments,” said Quaintance. “An organization is only as strong as the individuals who make up that organization.”

He echoed an earlier comment made by faculty representative Anne Ruszkiewicz who spoke about the faculty's willingness to “help meet the challenges and to be active partners as professionals.”

Quaintance added, “It is incumbent on everyone to share in the responsibility for the fiscal health of that organization.”

Governor Andrew Cuomo has repeatedly said during his daily press conferences, that if the state does not receive federal funding to help with the loss of money, significant cuts would have to be made to the state budget.

The college had to present several budget scenarios to SUNY earlier and present the same scenarios to the BOT.

Sullivan had to give budget scenarios that included a five, 12, and 25 percent reduction in state aid.

Most of the cuts would come from Aid to Localities, where schools from Kindergarten to 12th grade and community colleges as well receive their funding from this budget line, according to Quaintance.

According to the state, the budget cuts could be as much as $12 billion if no federal aid comes, and Quaintance said when he heard that news recently, he realized the cut to state aid could be as high as 50 percent.

“We have no idea if this is going to happen,” said Quaintance.

New York State, pre-COVID-19, was already facing a $6 billion deficit due to the rising cost of Medicaid.

Quaintance said he has been in contact with the school's union leaders to come up with ideas on how the college can move forward during the crisis.

Some ideas Quaintance said were offering retirement packages and potential retirement incentives. Another is changing the amount the faculty or staff pays into their health insurance.

“We are far out of line regarding the shares of health insurance from contemporary higher ed, contemporary public institutions and certainly, way out of whack compared to the private sector,” added Quaintance.

Another idea would be to offer different health plans to faculty, staff, and retirees that will move them away from the New York State Health Insurance Program (NYSHIP).

“It's a very competitive market. There are competitive plans that would keep us well, and cost us less,” said Quaintance.

Last year, the college wanted to change the majority of the healthcare plans for several retirees to a lower-cost option, in an effort to save the institution money.

It was met with a lot of backlash from the retirees and the PSA. A compromise was reached that gave the retirees the option to stay with NYSHIP or move on to a lower-cost option.

“I am and have always maintained that lay-offs are not the solution. And I still believe that we have better solutions for long-term structural changes to the college, which can limit the number of lay-offs that are potentially on,” said Quaintance.

He added that if no significant changes happen, the college will face the same challenges again.

“It is my sincere hope that the faculty can see their way clear to the long-term structural changes that are necessary,” said Quaintance. “A lot of that falls to the unions, and I asked the unions to be willing partners in solving these problems with us.”

As the college looks to explore the possibility of lay-offs, on April 29 the college posted a job listing for adjunct professors.

The PSA found it strange that the college is talking about lay-offs but looking to hire at the same time.

“The Association has no idea what the college is planning with its recent obscure and confusing posting of positions. Nevertheless, the Professional Staff Association members have called upon the college to engage in Interest-Based Problem Solving to address the myriad of concerns we all face. While it appears that the Administration of the College has initially rejected the collaborative approach, the PSA is hopeful that the Board of Trustees will revisit the suggestion post haste.”

According to SUNY Sullivan Dean of Communications Eleanor Davis, “We are always looking for adjunct faculty. We will always have highly qualified, full-time faculty at SUNY Sullivan.”

The job posting does say, “This is an advertisement to develop an adjunct faculty pool, and openings may not exist at this time.”

Davis went on to say, “The state has indicated that they will make substantial cuts to our budget and so we are looking at all aspects of our finances at this time. College leadership is working closely with the Board of Trustees to ensure that we keep the college moving forward into the future so we can best serve the needs of our students and community.”