JEFFERSONVILLE – Last month, the Board of Directors of Jeff Bank honored Edward Sykes with a cake and small celebration in honor of his 40-year anniversary on the board.Sykes was appointed to … 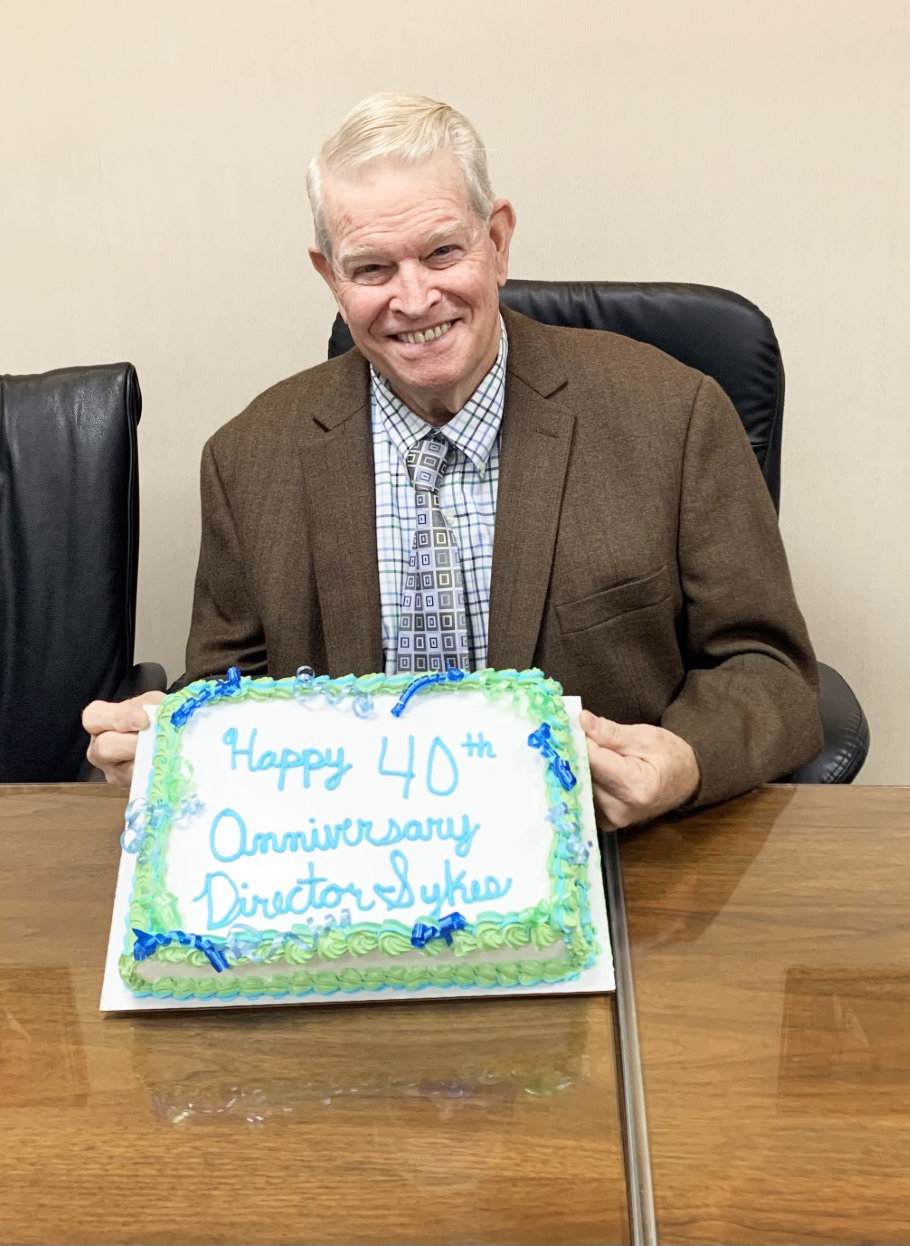 Ed Sykes was recently honored with a cake for serving on the Jeff Bank Board of Directors for 40 years.
Contributed Photo
Posted Friday, October 29, 2021 7:00 am

JEFFERSONVILLE – Last month, the Board of Directors of Jeff Bank honored Edward Sykes with a cake and small celebration in honor of his 40-year anniversary on the board.
Sykes was appointed to the board of directors of The First National Bank of Jeffersonville in August of 1981, celebrating 40 years with the bank at the September monthly board meeting.
He currently serves as the Vice Chairman of the Board and Chairman of both the Strategic Planning and Insurance Committees.
Jeff Bank President and CEO George Kinne said, “Certainly much has changed over the years. In 1981 the board consisted of directors: John Galligan, John Gempler, Douglas Heinle, Solomon Katzoff, Gibson McKean, W. Granville Prince, Mickey Roche, Frederick W.V. Schadt, Gilbert Weiss and Earle Wilde.
“The bank had $43.6 million in assets and earned a profit of $441,000. There were 30 employees and two locations, Jeffersonville and Eldred, NY,” Kinne said. “We now have approximately $680 million in assets, 120 employees and 12 branch offices.
“Mr. Sykes has been involved in every strategic decision of the bank over the past 4 decades, helping to shape the organization into the largest independent community bank in Sullivan County,” Kinne said. “He is a proud board member, always advocating for the employees, our customers and shareholders. He remains an active board member and active in the communities we serve. It has been a pleasure to work with Ed, first as an employee and now as a director.”