It is unlikely that when he built the hotel with the spectacular vistas in 1891 John Harms Knapp envisioned it ever being a year-around resort, let alone one that advertised “superlative … 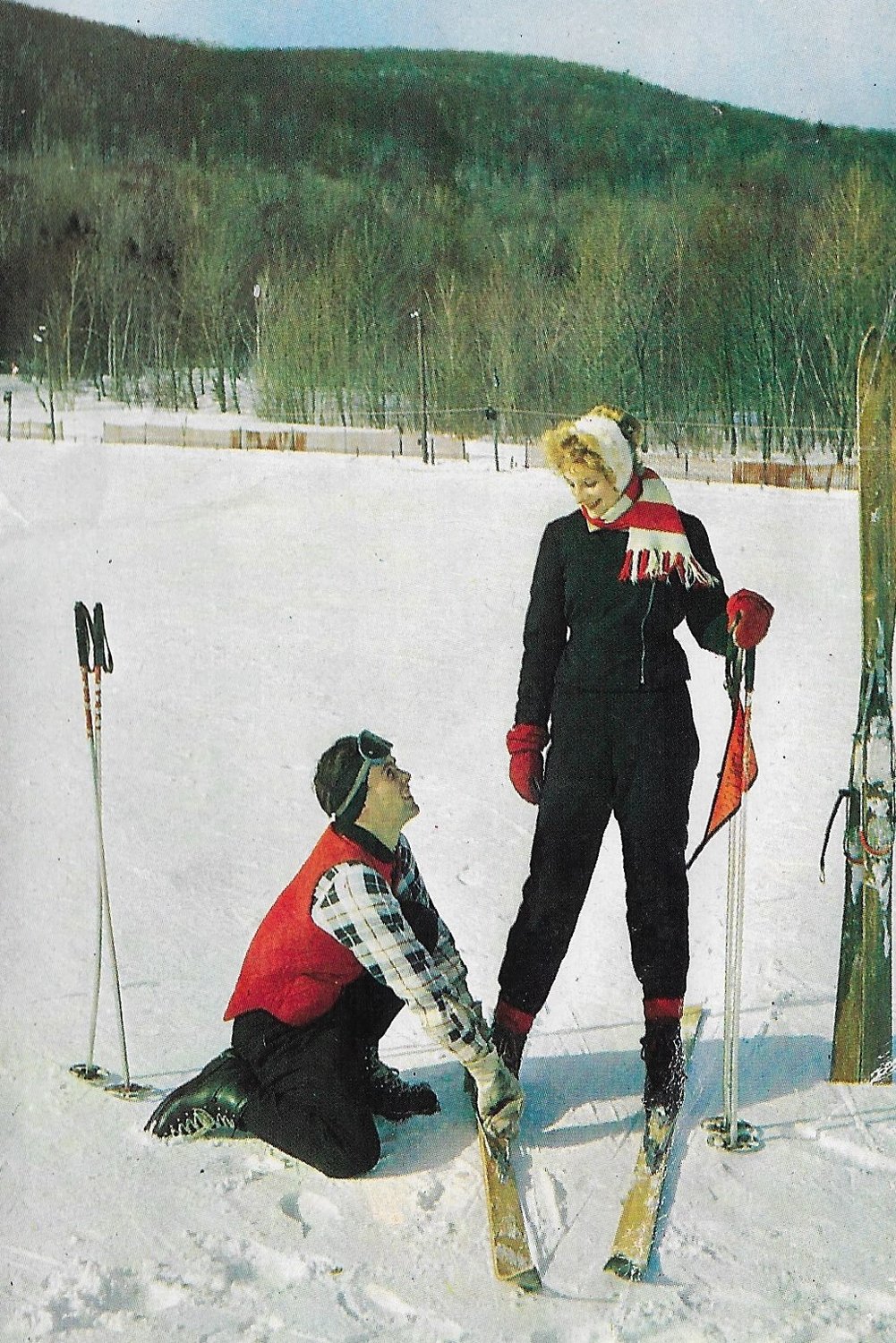 It is unlikely that when he built the hotel with the spectacular vistas in 1891 John Harms Knapp envisioned it ever being a year-around resort, let alone one that advertised “superlative skiing,” and yet that is exactly what the Columbia Hotel in Hurleyville became in the early 1960s.

And of all the ski areas in Sullivan County—from Glen Hill to Christmas Hills—the Columbia was among the most successful, albeit for a relatively short time.

Like many of Sullivan County’s Silver Age resorts, the Columbia included a working farm in its earliest days, including a dairy complete with Guernsey cows. Guests were treated to milk, butter, eggs, poultry, maple sugar, and vegetables, all grown or produced on the premises. By 1898, the Columbia was able to accommodate 150 guests, many of whom would check in for six or eight weeks at a time, and often brought their own staff of maids and governesses with them.

“Wide piazzas and balconies surround the main building,” a 1905 brochure announced. “It is modern in style, comfortably furnished, and replete with every convenience calculated to enhance the comfort and pleasure of our guests.”

Of course, the nature of the American vacation evolved over time, and hotels had to adapt in order to remain viable. The Columbia built Sullivan County’s first hotel swimming pool in 1923, and not long after the trend began in the county to offer winter as well as summer accommodations, the Columbia joined a growing number of hotels with skiing on the premises.

In a brochure designed specifically to promote its ski packages, the Columbia advertised that it offered all winter sports, “blended with the best features of a royal winter resort.”

“You’ll enjoy our sun deck for winter tans, steam room and health club with masseur, card room, TV room, billiard-ping pong-game rooms, all-year horseback riding nearby, and a friendly, informal clientele for you to join around the crackling open fires,” the brochure promised. “Yes, bring the family. For the young set, there are sleigh rides, flying saucers, snow sculpturing, and their own winter sport activities.”

The Columbia advertised T-Bar lifts, snow making equipment, a ski shop, and a ski school with certified ski instructors, in addition to a “giant toboggan chute and horse drawn sleighs.” It also offered its winter guests some of the same amenities that made it so popular with summer vacationers, including “a cocktail lounge, dancing, and special entertainment.”

“We’re informal but festive where food is concerned,” the brochure boasted. “Our reputation for pampering palates is 70 years old! You can see that our sumptuous offerings must be something special.

“After soaring down our smooth slopes in the crisp air, just wait till you introduce your hearty appetite to the bountiful meals served in our spic-and-span dining salon. There’s no satisfaction just like it!”

The hotel’s ski operation was open from December through March, and special “learn to ski weeks” were offered throughout, as were “special group and family package plans.”

“Special arrangements and attention given to groups, conventions, meetings, and all types of commercial, fraternal and social get-togethers,” the brochure promised.

Shortly after the Columbia added its ski facility in 1961, it celebrated its “Diamond Jubilee” in the summer of 1966, marking 75 years in business. By that time, the Columbia could accommodate about 330 guests, and featured an Olympic sized swimming pool, two golf courses, and tennis courts in addition to the skiing. The brothers who ran the facility had high hopes for the future and promised to continue the traditional homey atmosphere of the hotel.

“We plan to make it a quaint old-fashioned looking resort with every modern facility,” they told a local newspaper. There were plans for an indoor pool, additional suites, a new night club, and more public space for conventions and meetings, but every attempt would be made, they noted, to avoid turning the place into “one of those modernistic, glass and steel structures which eliminate the personal touch.”

Sadly, none of it came to be. The Sullivan County resort industry was entering hard times, and by 1969, the Columbia had closed. In September of 1970, Ray Parker, president of the Concord Hotel, purchased the hotel for $111,000.

The Columbia was destroyed in a massive fire on Christmas Eve, 1971. For decades thereafter, the rusting remains of the ski operation were among the only surviving aspects of what had once been one of Sullivan County’s most successful resorts.