The Corpse in the Berry Patch

It was Friday afternoon, July 25, 1930 and 60-year old Paul Senson of Kiamesha Lake was out picking berries near Round Top, not far from the lake, when he made a gruesome discovery.

The Corpse in the Berry Patch 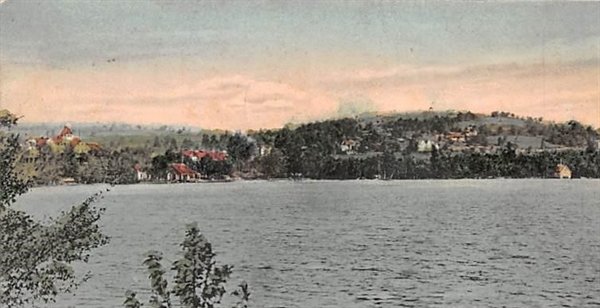 It was Friday afternoon, July 25, 1930 and 60-year old Paul Senson of Kiamesha Lake was out picking berries near Round Top, not far from the lake, when he made a gruesome discovery.

Investigating an unusual odor, Senson came upon the decaying body of a man—minus his head-- hidden under a pile of branches and brush. Senson immediately notified law enforcement officials, who quickly swarmed the scene. The corpse was recovered, as was the head, which was found nearby, and a subsequent examination revealed a bullet hole in the chest and two in the head. Authorities estimated the man had been dead about two weeks.

“Sun, storm, and insects had done their work, and it was impossible for a time to identify the victim,” the Liberty Register reported in its July 31, 1930 edition. “However, the left hand still retained some semblance to its original appearance and fingerprints were obtained.

“Sgt. John Wallett, fingerprint expert of the State Police, compared the prints with those taken of the men apprehended in the round-up after the shooting of David Siegel on July 8, and identified the dead man on Saturday as Abraham Finkelstein, alias ‘Lone Wolf,' ‘Frisco,' and other names either given by underworld comrades or assumed by the victim as the occasion suited him.”

Finkelstein, a young man who had graduated college just a few years before, had been in Sullivan County for about a year-and-half, officials discovered, and had made quite a reputation for himself as a card sharp known locally as Sol Gordon.

Although unable to ascertain a specific motive behind the killing, authorities speculated that Finkelstein, or Gordon, had been killed in a continuation of the gang war that had been raging in the county, the most recent example of which was the attack on Siegel near the railroad station in South Fallsburg earlier in the month in which Siegel was severely wounded by multiple gunmen.

Shortly after identifying Finkelstein's body, authorities returned to Round Top, following up on rumors that a second body had been dumped there, as well.

“A rumor was circulated a few days ago that a second body was lying in the same locality as the one found by Senson,” the Register reported. “Tuesday, State Police sent half-a-dozen men to comb the locality but the search was fruitless.”

A postscript to the story of the discovery of Finkelstein's body came just a few days after he was buried in the potter's field section of Rock Ridge Cemetery in Monticello. His aged father, learning of his son's death, came from Brooklyn to retrieve the body so that a proper Jewish funeral could be conducted, only to find that it had already been buried.

At the father's request, the body was exhumed and turned over to him, although authorities refused to release the head, which they insisted be retained as evidence.

“Abraham Finkelstein, alias Sol Gordon, racketeer and gunman, whose murdered body was found last Friday, will be exhumed from his pauper's grave in Rock Ridge Cemetery and the headless body taken to Brooklyn for burial, according to confirmed reports reaching this newspaper,” the Register reported.

Law enforcement officials, who were busy that week seizing slot machines at places like the Branlip Hotel in South Fallsburg, and the Capitol Mansion in Ferndale, and raiding “infamous resorts” like the Sunnyrest Inn in Rock Hill, didn't know it at the time, but the attack on David Siegel, and the murder of Abraham Finkelstein were merely early manifestations of what would shortly become regular activity in the County by the Brownsville gang that would soon be dubbed by the media, “Murder, Inc.”