The End of the Farm Rest Bandits

It was early morning on September 1, 1935 when NYS Police Sergeant Thomas Mangan shot and killed a man attempting to flee the scene of a hold-up at the Farm Rest, a house of ill-repute just outside …

The End of the Farm Rest Bandits 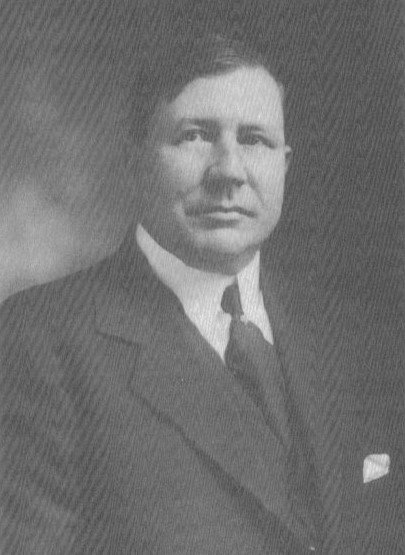 It was early morning on September 1, 1935 when NYS Police Sergeant Thomas Mangan shot and killed a man attempting to flee the scene of a hold-up at the Farm Rest, a house of ill-repute just outside Monticello.

Sgt. Mangan had been leading an impromptu raid on the roadhouse when he came upon an unexpected scene—gunmen holding up a group of 20 men who had their hands in the air and their trousers draped around their ankles, while five women looked on aghast. The bandits all attempted to flee upon seeing police, but the man who turned out to be the ringleader of the gang, later identified as George “Fats” Klein, never made it out of the window he was trying to climb through.

Another of the hold-up men was tripped up by the victims, who once the chaos ensued upon police interrupting the hold-up, quickly pounced on him and began pummeling him with their fists.

Authorities eventually arrested eight men, who they discovered were responsible not just for the Farm Rest hold-up—which had netted them just $190—but for early morning robberies on successive Mondays in late August at the Hotel Nemerson and the Elm Shade Hotel, both in South Fallsburg. The men had hit the Farm Rest as more or less of a practice run for a hold-up at a large hotel they had planned for Labor Day.

Klein, also known as “Big George the Peddler” and Fats Weinberg, was a fruit peddler on the East Side of Manhattan. He had been in Sullivan County only a short time before embarking on his criminal career here, but had become fairly well-known in some circles. In stories about his demise, New York City newspapers reported that he had been wanted in several states.

Police also arrested five “entertainers” at the Farm Rest. The women were fined $10 each and released.

Five of the eight men, who became known collectively as “The Farm Rest Bandits” went on trial in Sullivan County Court later that year, with Judge George L. Cooke presiding. They were convicted, sentenced, and most of them were in prison by Christmas, sentenced to terms of from 15 to 30 years.

Although the trial proceeded smoothly and without incident for the most part, a major melee erupted in the courtroom when the verdicts were announced on December 12, as the defendants and several members of their families, who had been in the audience, got into a fracas with police officers and guards. Sullivan County Sheriff Walter J. Flynn reportedly had a valuable wristwatch damaged beyond repair in the brawl, but no injuries were reported.

Goldberg, who was just 19 years old at the time, later testified that he had brought six revolvers from New York City to Monticello where they were to be used in the robbery. The guns were recovered at the scene, and officials later said that more than one of them had been fired, but damaged firing mechanisms or faulty ammunition had prevented them from going off. Goldberg was sentenced to an indeterminate term in the Elmira Reformatory.

The Farm Rest, about a mile outside the village of Monticello on the way to Liberty, had previously been raided a number of times when it had been in business as the Cherry Lawn, but it re-opened after each crackdown. It was back in business shortly after the September, 1935 raid, as well.

Recounting the case in a January 1, 1953 article announcing one of the bandits, Frank Mattera, was up for parole, the Liberty Register newspaper called it “one of the most spectacular of an era in Sullivan County marked by numerous gambling raids and climaxed by the marginal operations of Murder, Inc., a Brooklyn syndicate which had hired killers.”