GOSHEN - It’s over now. The football fields and stadiums are dark, and the memories of this past season have begun to fade, slowly drifting into the archives of what once was. Life goes on. But … 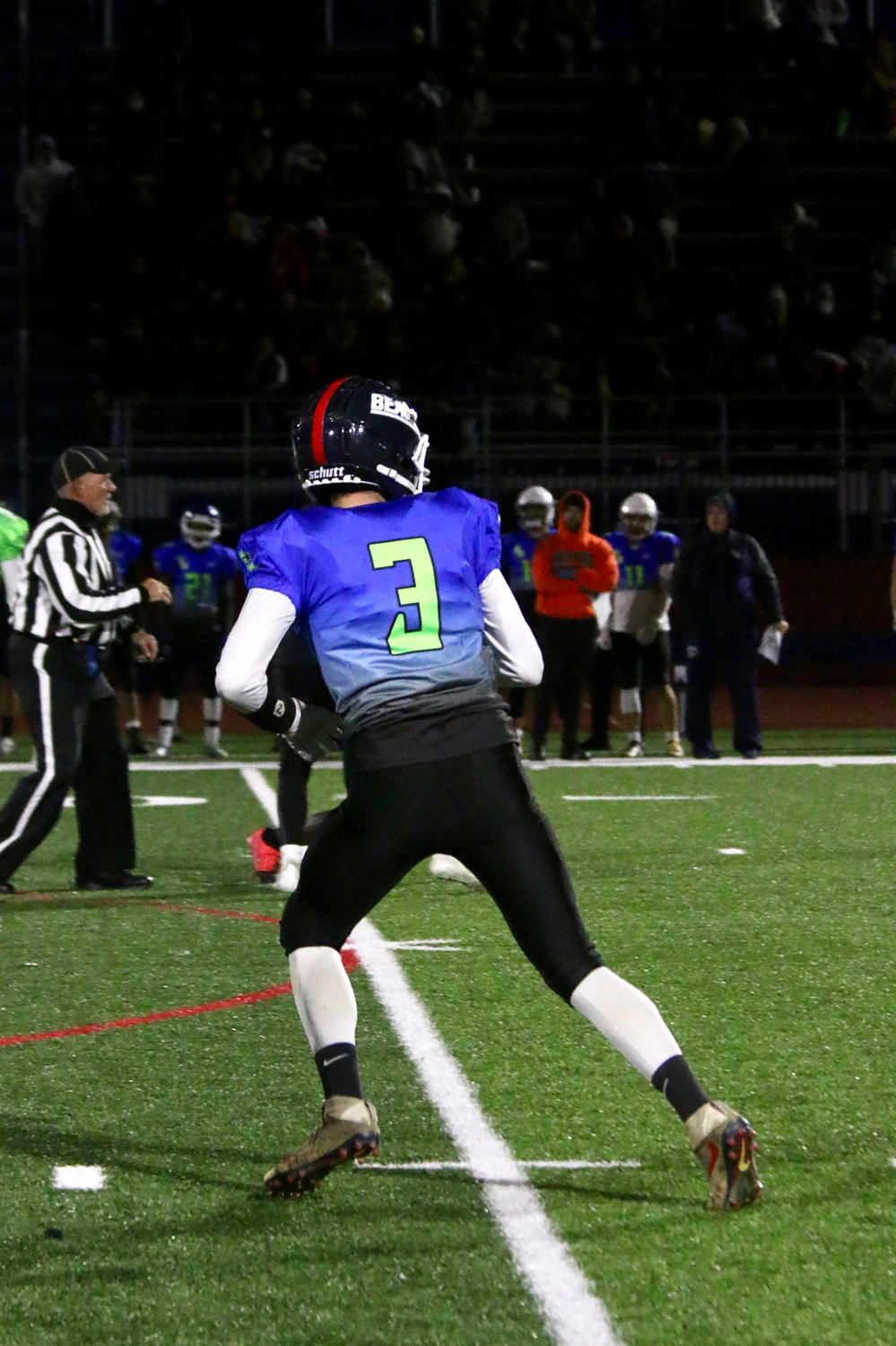 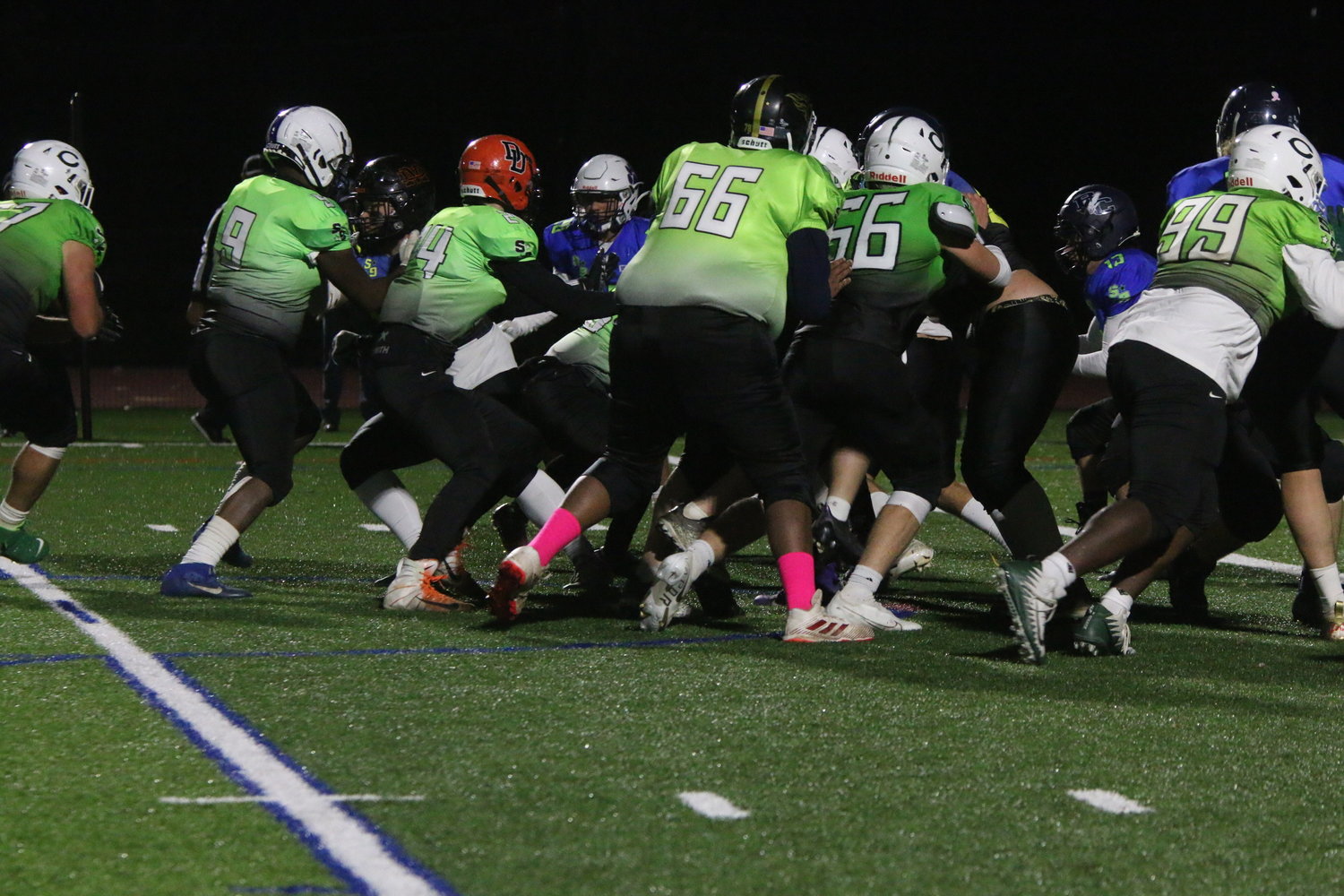 Fallsburg’s Bryan Akinde (66) uses his imposing size to impact a play at the line of scrimmage.
Richard A. Ross | Democrat 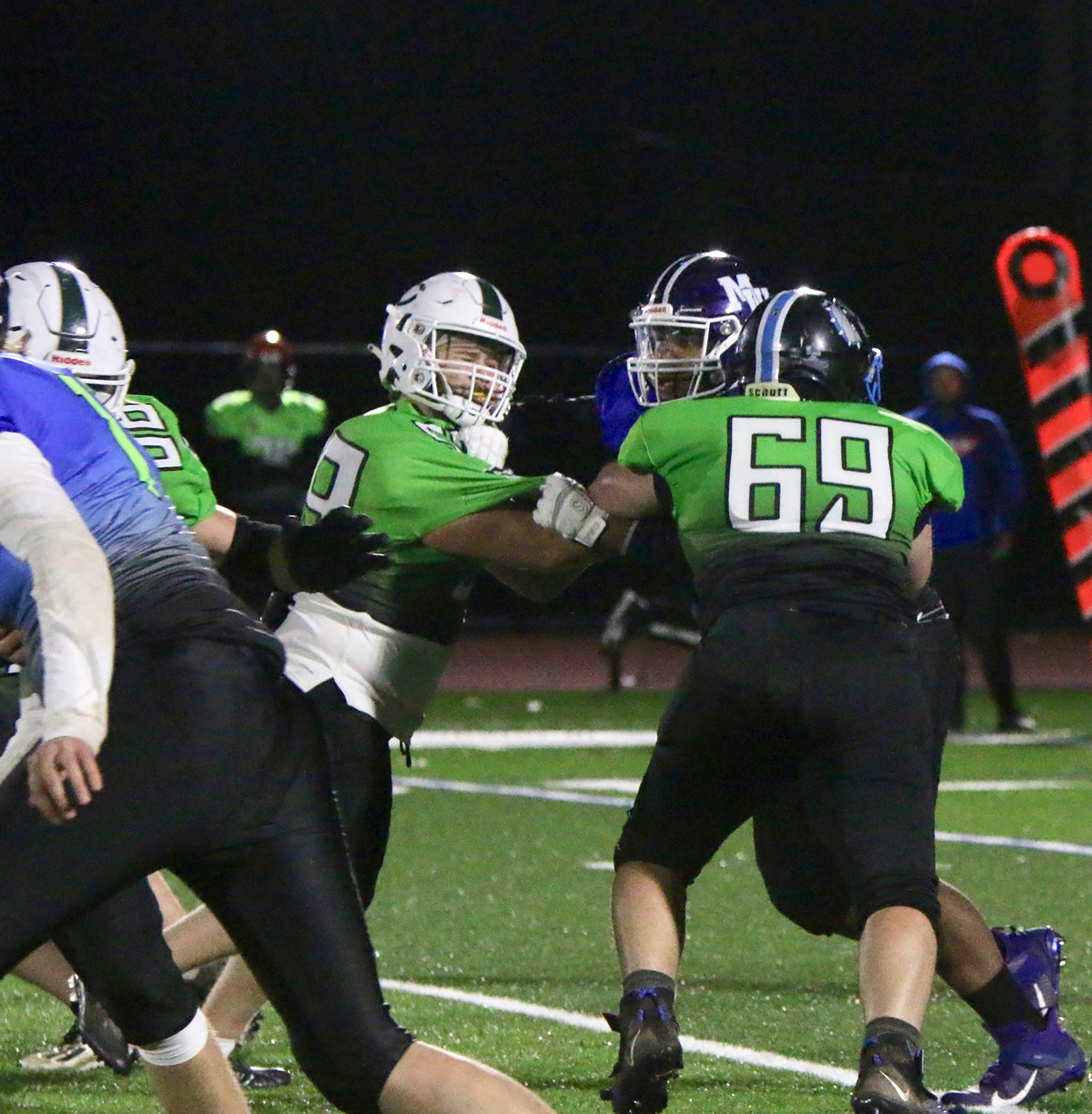 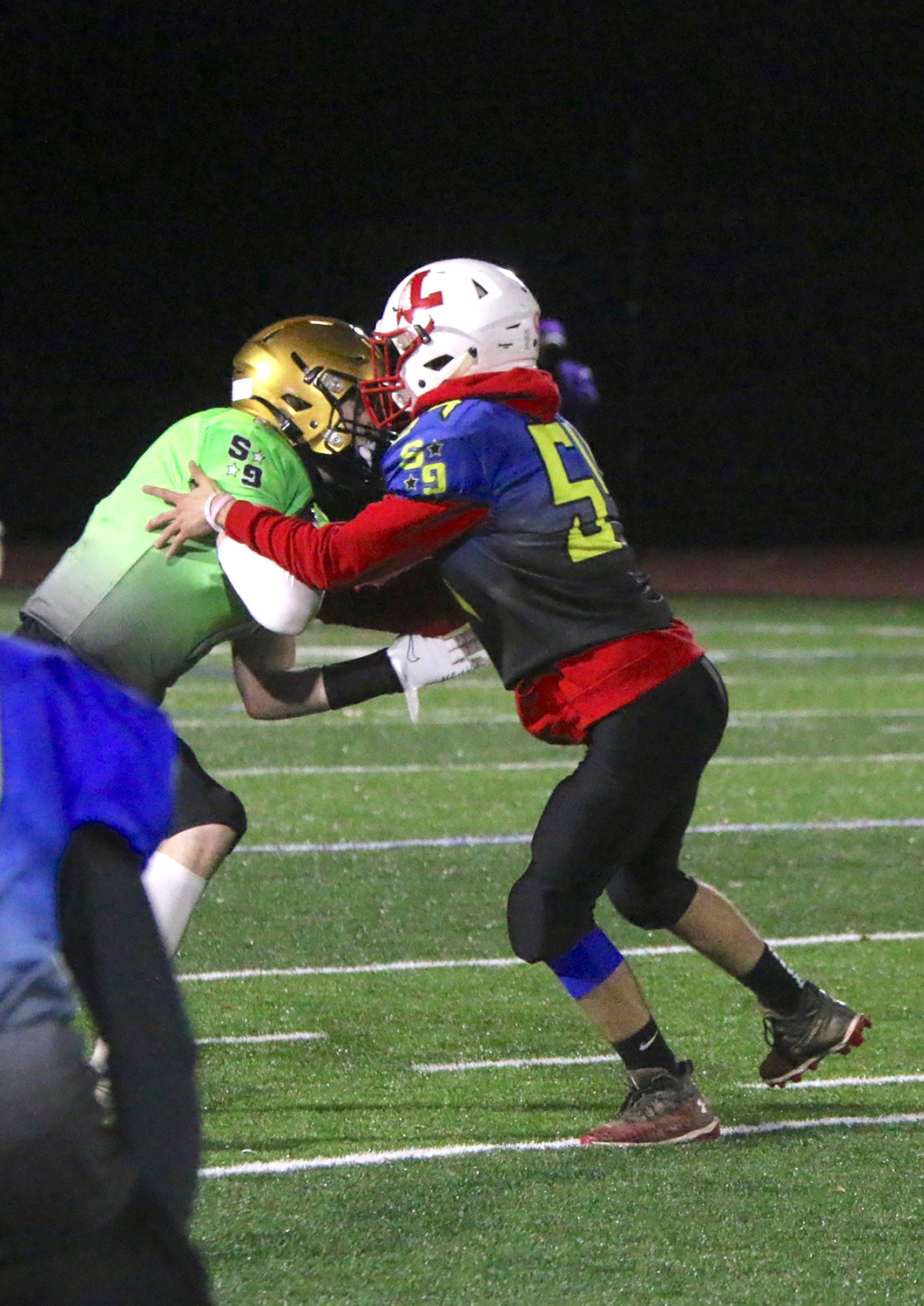 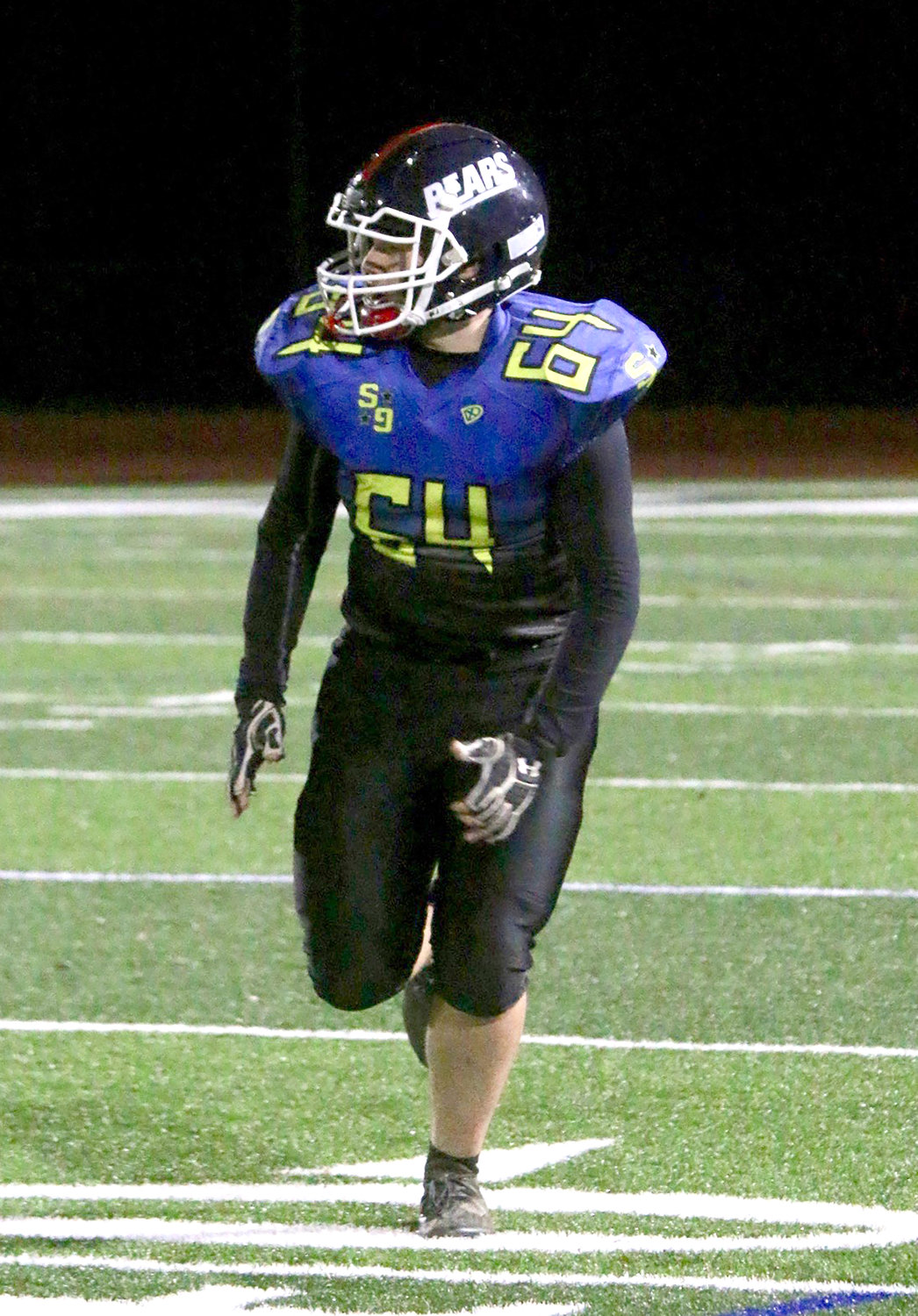 Tri-Valley’s David Allison runs down the field on a kickoff coverage.
Richard A. Ross | Democrat 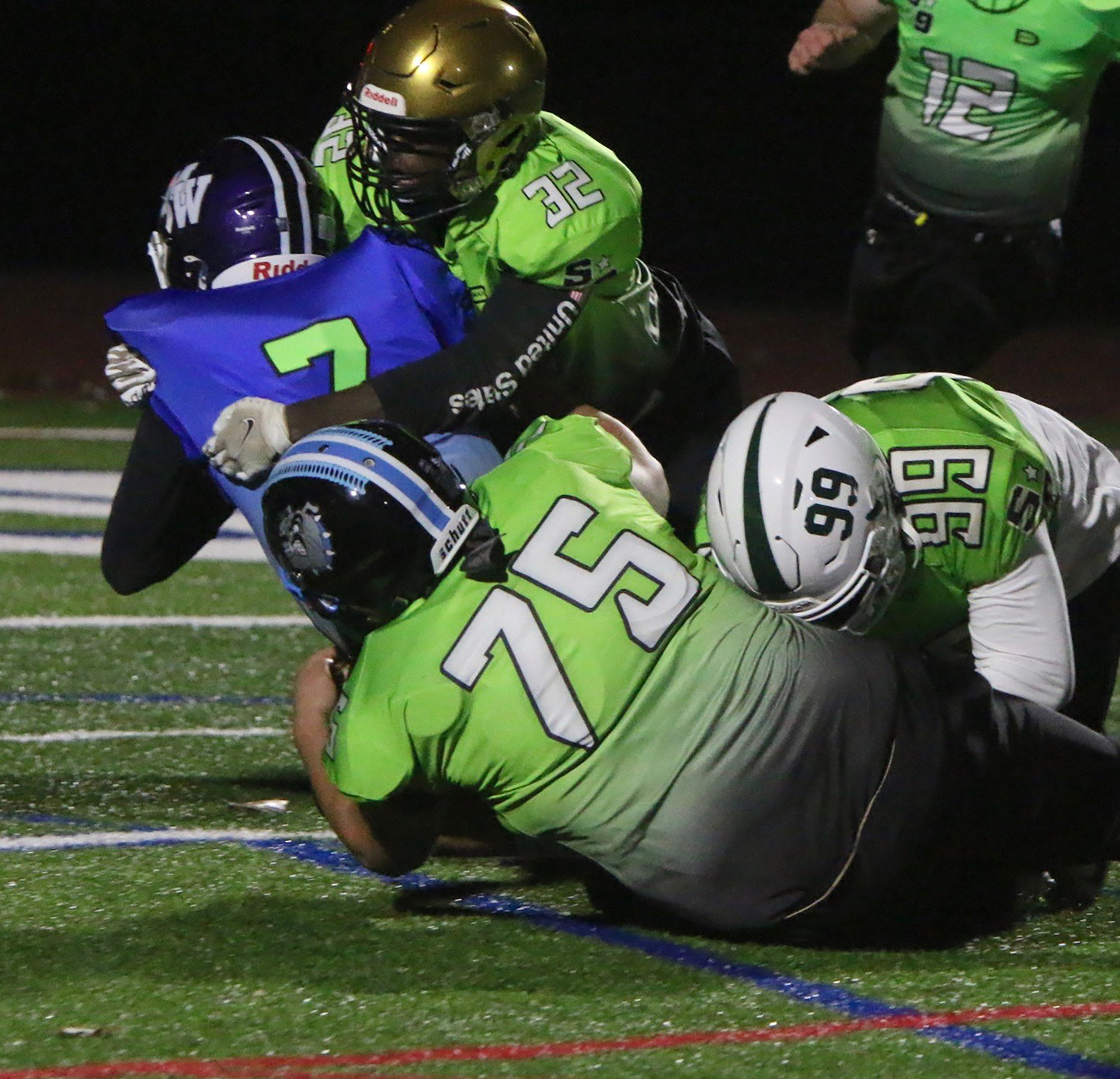 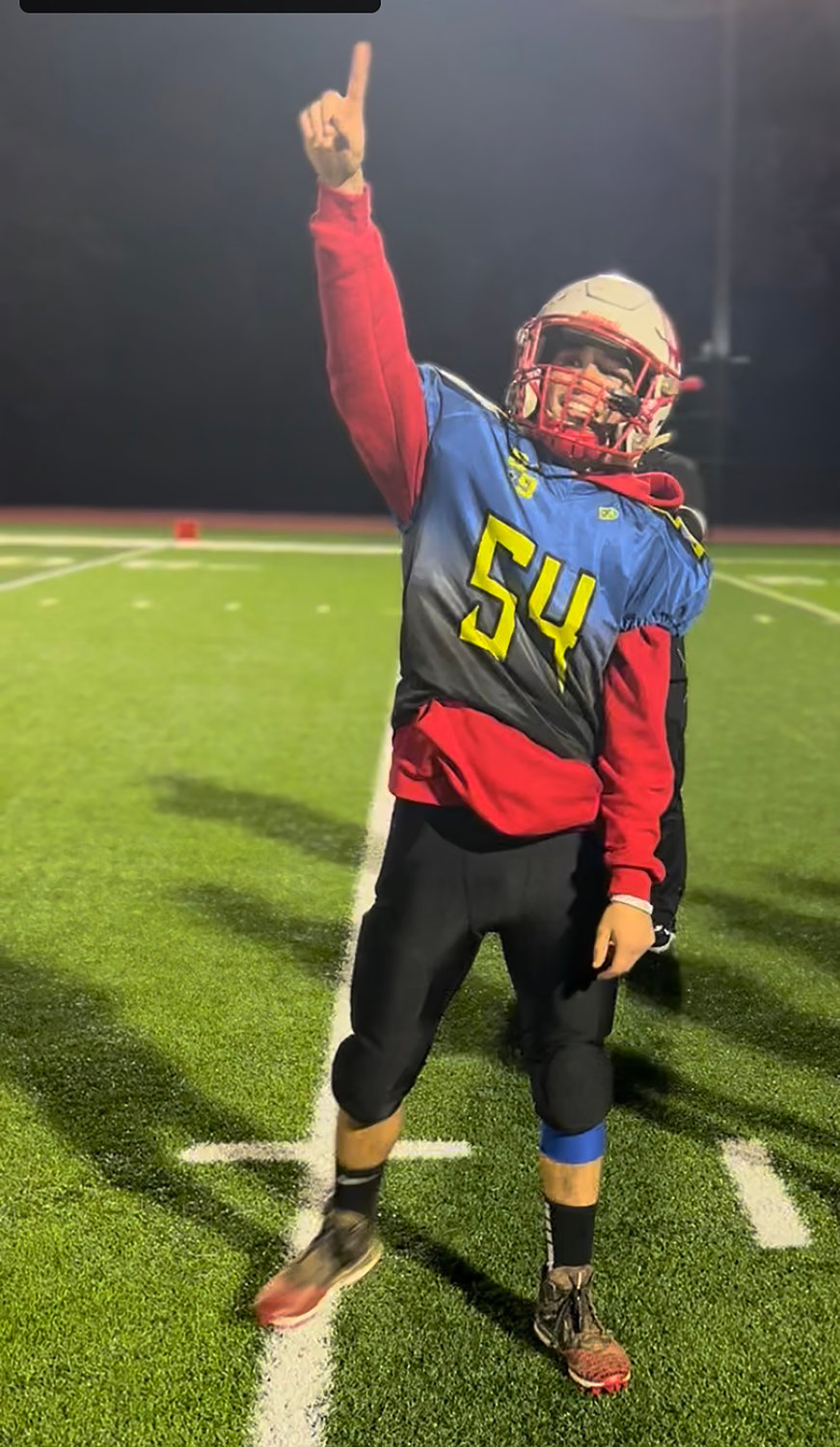 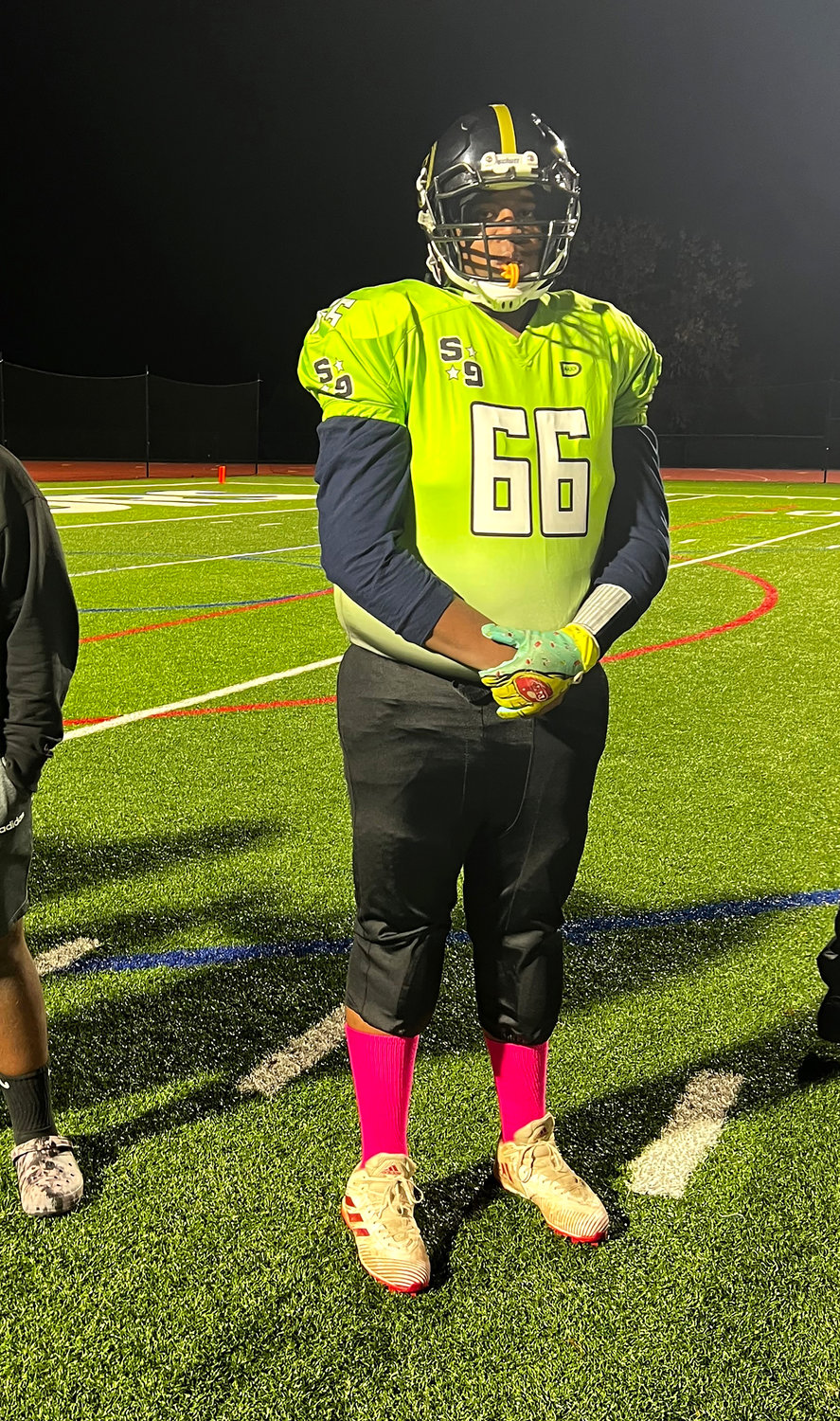 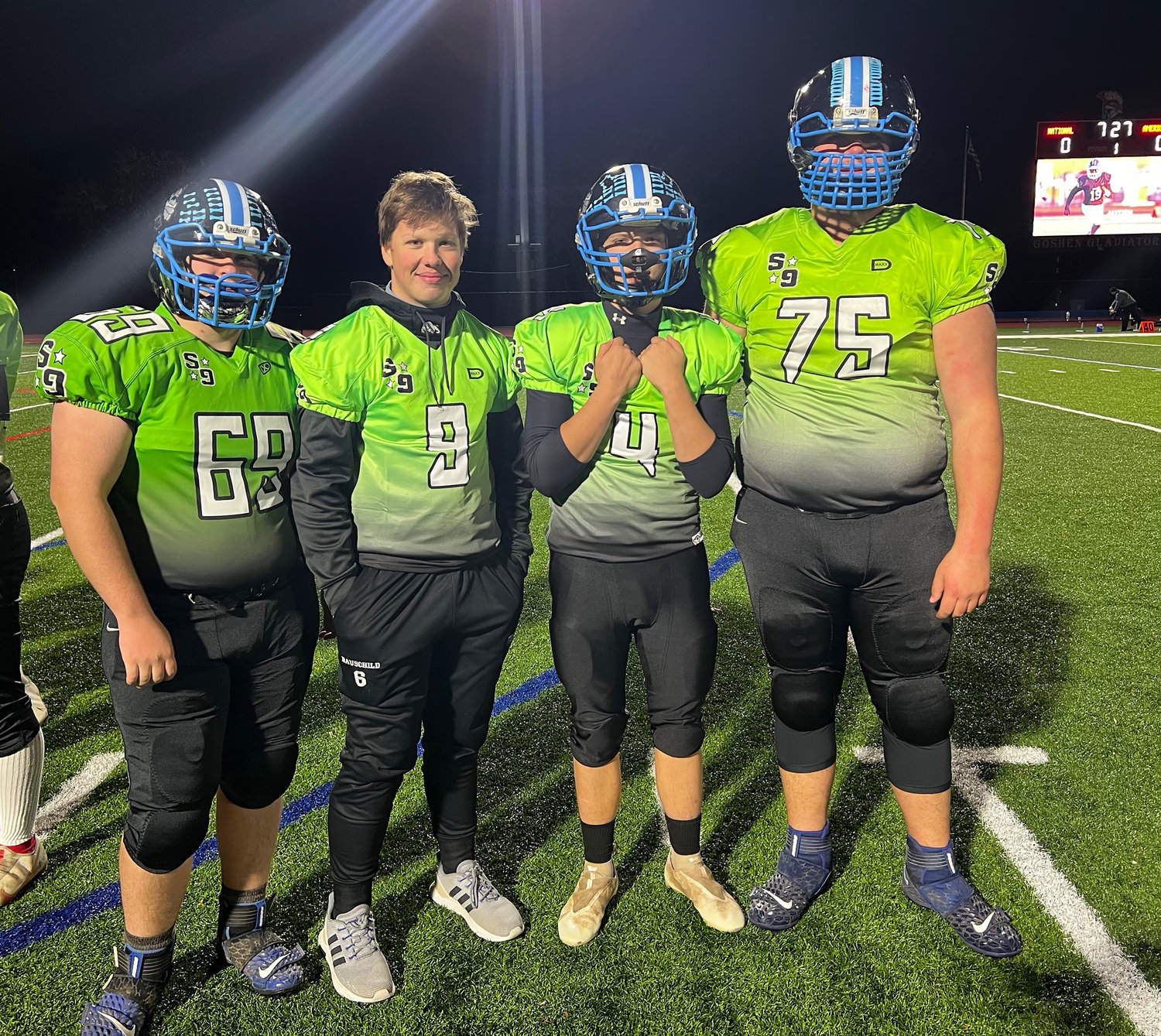 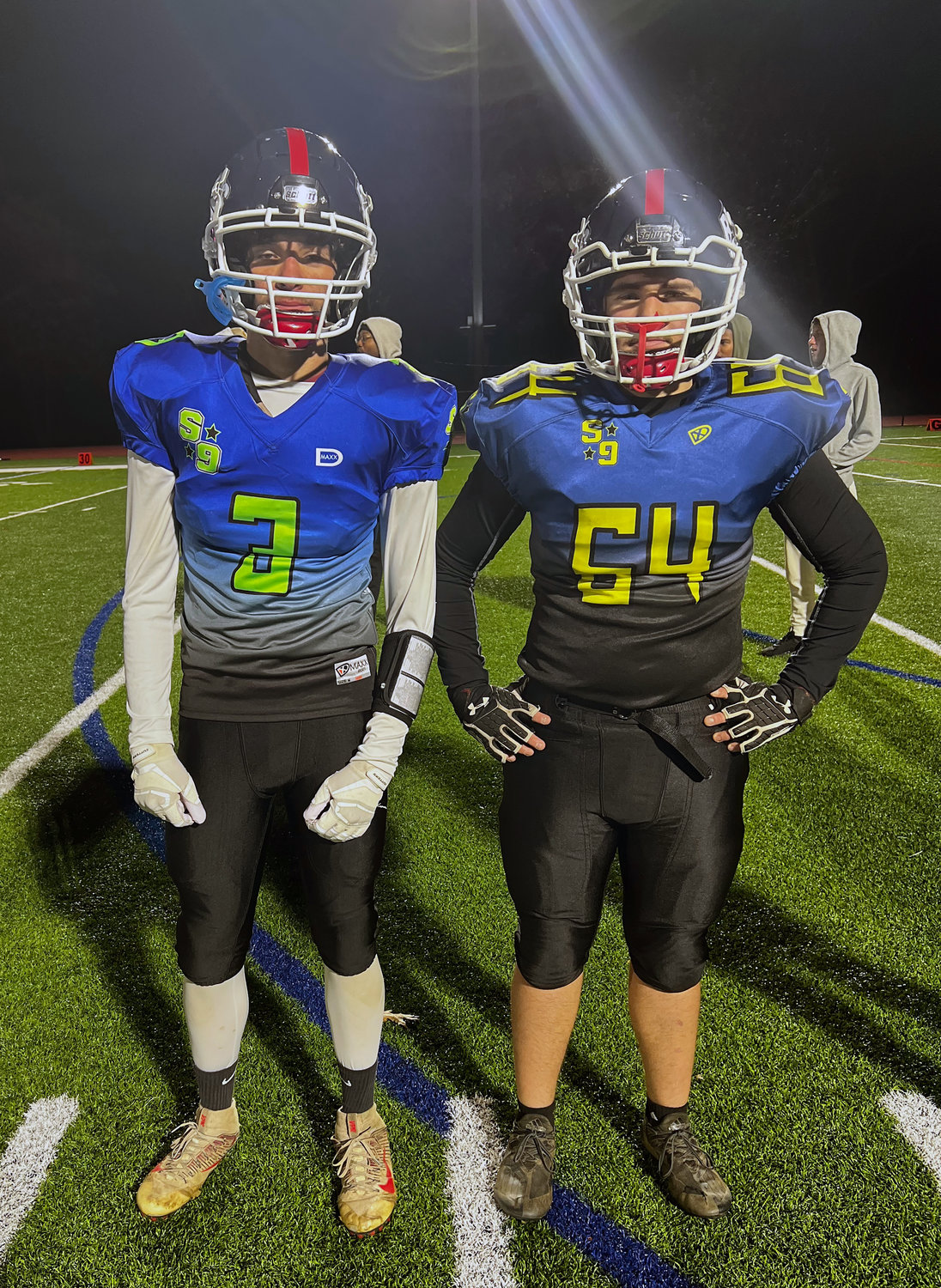 GOSHEN - It’s over now. The football fields and stadiums are dark, and the memories of this past season have begun to fade, slowly drifting into the archives of what once was. Life goes on. But for the seniors who spent their years in high school enmeshed in many intense gridiron encounters, the highlights, epic wins or defeats and the friendships formed, will be emblazoned in their memories for years to come.

For the few twelfth graders each year who get to participate in the Section IX Exceptional Senior All-Star game, there is an additional experience they can add to their memorable legacy. This year, that included Tri-Valley’s Brian Kelly and David Allison, along with Sullivan West’s Chris Campanelli, Justin Grund, Ryan Joyce-Turner and the injured but present Gavin Hauschild. Liberty’s Tim Dirie and Fallsburg’s Byan Akinde filled out the roster of county participants.

The players from T-V and Liberty joined the winning National squad, while Sullivan West and Fallsburg warriors lent their support to the National team. The outcome of the game is never all that important. It is all about the chance to don the pads one more time and play with and against some of the most talented players from schools large and small in Section IX.

The temperature was a frosty 30 degrees, but these grid warriors including short-sleeved Campanelli, seemed oblivious to the chill. This was the ninth senior All-Star game since its revival in 2012.

In prior years the chosen elite athletes had three nights of practice to familiarize themselves with their teammates, roles and new coaches. This year there was only one night of practice before the big game, but the players seemed to fit right into their designated assignments, which in some cases differed from the positions they played for their own teams.

Players were rotated in and out to give everyone valuable minutes of interaction. It was indeed, as it always is, a showcase of great talent as well as a reminder of how teams have to retool each fall without the services of their most skilled and experienced players.

Most high school football players do not go on to playing at the next level, but a few out on the field in this fray will, mostly at the Division II or Division III level. But that future, whatever it holds for each of these fine young men, was on hold for this one last game, a fitting last hurrah to the game they held so dear. And as the weather on this night was sure to remind, a closing rite of passage to fall, that glorious season that is not quite like any other. A significant percentage of this night’s participants will move on to winter and spring sports but each and every one of them will attest to the fact that there is nothing like football.