Of all the 538 hotels of Sullivan County’s Golden Age, none were as innovative as the Laurels Country Club on Sackett Lake.

The Laurels, the brainchild of Hyman and Sadie Novick, had started … 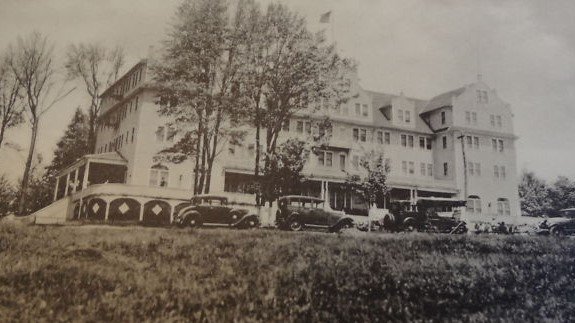 Of all the 538 hotels of Sullivan County’s Golden Age, none were as innovative as the Laurels Country Club on Sackett Lake.

The Laurels, the brainchild of Hyman and Sadie Novick, had started out modestly enough, but by the early 1930s, when Grossinger’s was just beginning to eclipse the Flagler as the Catskills’ premier resort and the Concord was not yet a twinkle in Arthur Winarick’s eye, the hotel with the unrivaled location on one of the county’s most beautiful sheets of water had already begun booking conventions. Organizations as diverse as the New York State Credit Union League, the New York Public Welfare Association, the Retail Workers Union of America and the Young Republicans would regularly gather at the Sackett Lake venue over the next four decades.

By the mid-1930s, the Laurels was remaining open all year around. They had Olympic speed skating trials on Sackett Lake and engaged in a highly publicized legal battle with arch-rival Grossinger’s – which they lost– over the services of world renown speed skater Irving Jaffee, who eventually became the director of winter sports at “the G” and set a speed skating record on Grossinger Lake.

By 1940, the hotel was advertising itself as “the smartest all-year-round playground in the Catskills for young folks.” The Novick family– which by that time included sons Joseph and Ben and daughter Lillian Brezner– purchased the nearby Drake estate and built a picturesque golf course and ski area. The Laurels was so busy, that in 1943, when the Defense Department imposed travel restrictions because of the war and the hotel was forced to cancel five conventions in the month of June alone, it didn’t miss a beat.

In 1949, when the Laurels opened its new outdoor pool, it announced that the pool was so large it was required by law to have three lifeguards on duty at all times. Grossinger’s had opened its own “Olympic sized pool” that summer, but there were few other pools in the region of that magnitude.

In the 1950s, the hotel made headlines when it became the first of the famed “Borscht Belt” resorts to offer lobster on its menu. By that time, the family had changed its name to Novack and Ben had long since left the hotel, eventually ending up in Miami Beach where he first renovated the Sans Souci and then built the magnificent Fontainebleau Hotel. Hyman Novack died in May of 1955, and Joseph just over a year later, by which time the hotel accommodated more than 1500 guests, more than any other Sullivan County resort.

Under the direction of young Charles Novack, who had taken over as general manager, the Laurels became the place to go for late, late night entertainment, and its stage was often still occupied– and its 1000 seat nightclub still crowded– when the sun came up. It became such a popular hotspot that famous performers like Billy Eckstine would often walk on stage unannounced and put on an impromptu show.

But Sullivan County’s Golden Age hotels, with their nightclubs and indoor swimming pools, were site independent, and before long the edge the Laurels had always enjoyed because of its spectacular location on the lake, where speed boats and water skiers once spent warm summer days, meant less and less. A succession of unseasonably warm winters wreaked havoc with the hotel’s winter sports schedule, often forcing cancellation of events such as the innovative MG sports car races held on the ice of the lake.

By the 1970s, Sullivan County’s heyday had passed; many hotels– including some large resorts such as the Youngs Gap in Parksville– had closed, and most others were struggling to survive. The Laurels had just 125 guests registered on July 20, 1973, when the operation came to a screeching halt. A State Supreme Court judge vacated a month long stay of foreclosure, allowing the hotel to be turned over to a receiver.

Even those who doubted that the county’s Golden Age had come to an end, were finding it increasingly difficult to ignore the evidence.

Much of the Laurels was destroyed in a July, 1980 fire. Today, just the swimming pools and some crumbling foundations remain.