The Right to Vote

On August 18, 1920, Tennessee narrowly ratified the 19th Amendment, making it the law throughout the United States, but the right to vote was not obtained without a major grassroots effort by …

The Right to Vote 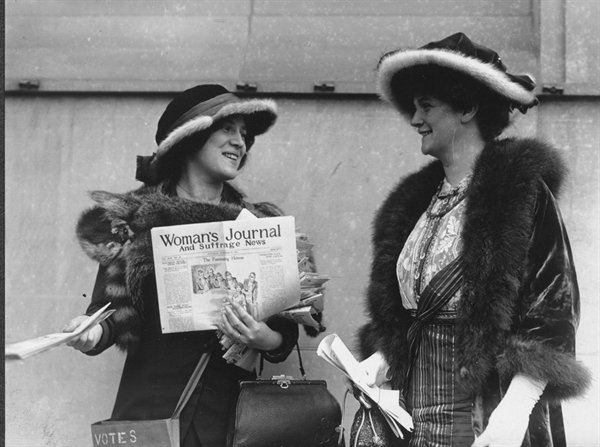 On August 18, 1920, Tennessee narrowly ratified the 19th Amendment, making it the law throughout the United States, but the right to vote was not obtained without a major grassroots effort by thousands of women in small towns all across America.

Sullivan County was no different, and women such as Elizabeth Worth Muller of Monticello and Mrs. C.W Montgomery of Wurtsboro led the way.

In 1913, Mrs. Muller and her two daughters led a small contingent of horseback riding crusaders on a tour of Sullivan County designed to convert local residents to the suffragist's cause.

“Thousands of summer boarders greeted the tired suffragette hikers on their tour from Monticello to Liberty today,” the New York Times reported on August 16. “At Monticello the misses (Alma and Phyllis) Muller were added and they were so very much excited that they at once hired horses and accompanied the hikers to Liberty, where the six crusaders were cheered by thousands of summer visitors along the way to the hotel, where the ladies will spend the night.

The following summer, Mrs. Muller hired an ox-drawn wagon to help bring attention to her fight for the vote. The Times noted on July 3, that the oxen would “draw the women and a camper's outfit from place to place. When they come to a desirable place to stop, the women will pitch their tents and do battle for their cause as long as there is an enemy in sight, and then move on to conquer other fields.”

Mrs. Montgomery and others took up the crusade in ensuing years, and Sullivan County remained an active beach head in the fight for the vote.

In August of 1917, one of the nation's leading spokeswomen in the suffrage movement came to the county to an enthusiastic reception. Margaret Foley addressed meetings at North Branch, Jeffersonville and Callicoon, drawing large crowds each time.

“Miss Margret Foley is well known all over the country as a suffrage speaker, being a unique figure in the woman suffrage movement of America” the Sullivan County Record reported in its August 2, 1917 edition. “'There is only one Margaret Foley,' her friends say. She is logical, forceful and witty, and her remarkable carrying voice, according to those who have heard her, holds her audience in rapt interest to the last word.”

In October of 1917, when 50,000 women paraded in New York City in support of suffrage, more than 6,500 Sullivan County women signed supporting petitions.

“Mrs. C.W. Montgomery, suffrage leader for this district, announced that the work of pasting the individual signatures from this county on beaver boards is now being carried out in New York,” the Record noted on October 25, 1917, two days before the parade. “When these boards are completed, the voters of New York State will have the opportunity of seeing the actual names of 1,012,407 women in the Empire State who are petitioning for a voice in the affairs of their own government.”

The suffrage movement here in Sullivan County and some of the many women who led the effort will be the subject of a special presentation by the Sullivan County Historian for the Time and the Valleys Museum in Grahamsville via ZOOM at 2 p.m. on Sunday, August 23. Contact the Museum for information on how to participate.