WALLKILL — Elected officials and local union workers from Orange and Sullivan Counties gathered in front of The Galleria at Crystal Run Mall in Middletown on Thursday morning. They were there … 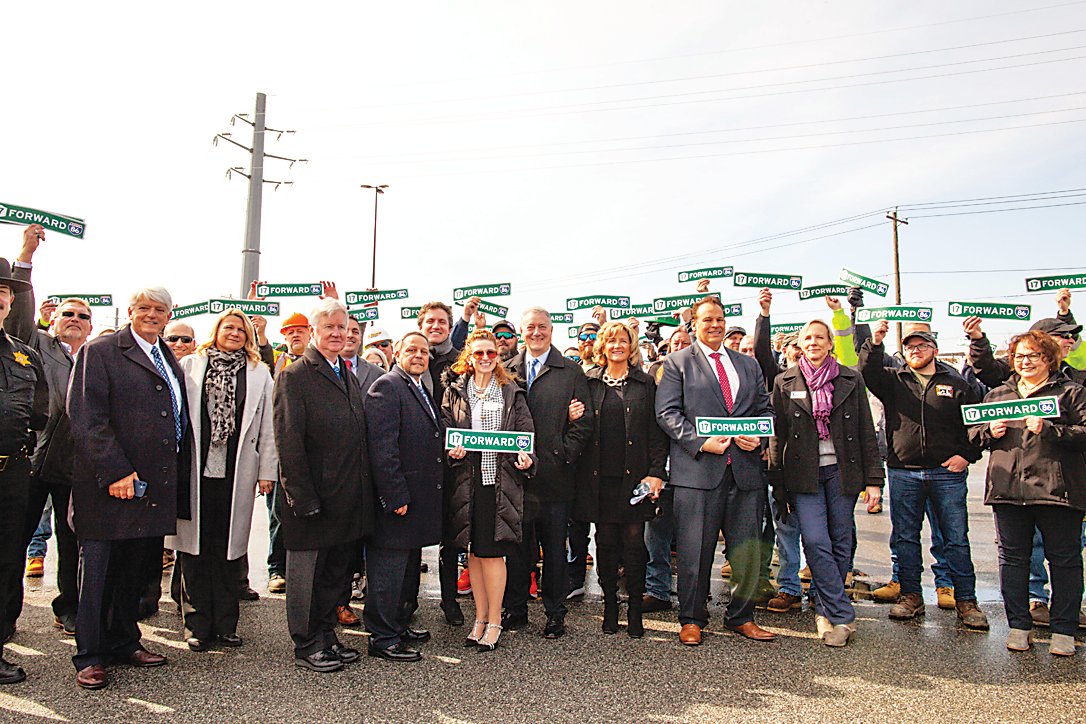 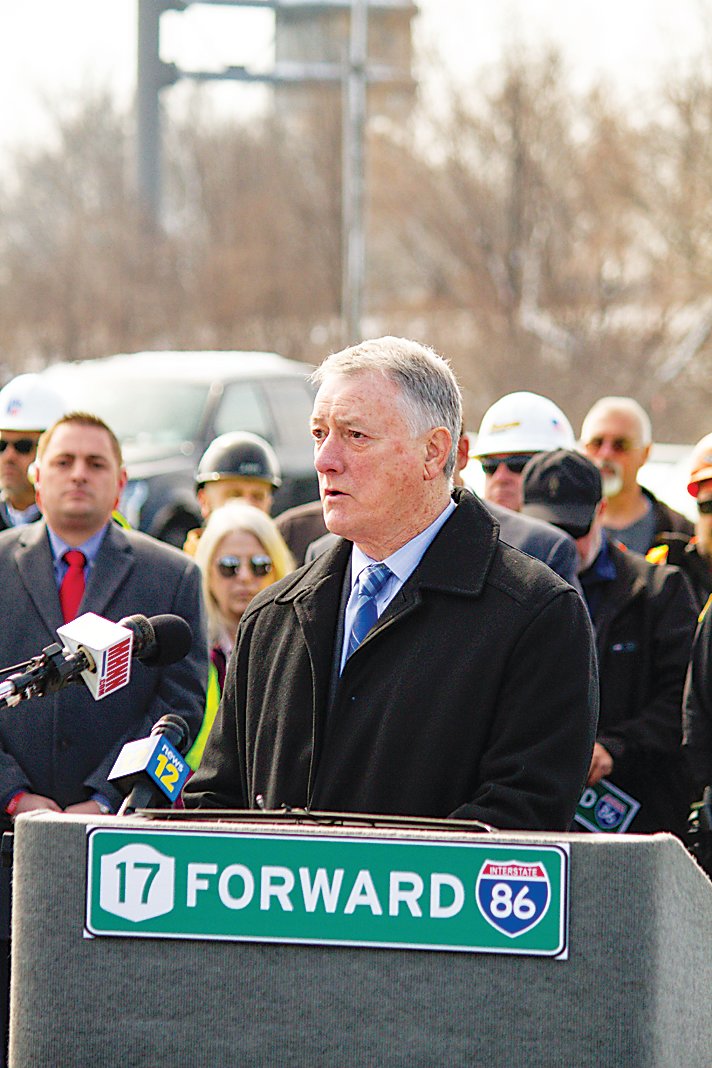 Town of Thompson Supervisor Bill Rieber Jr. addresses the crowd on Thursday morning regarding the expansion of State Route 17 to Interstate 86.
Patricio Robayo | Democrat
Previous Next
Posted Tuesday, March 15, 2022 6:10 am
By Patricio Robayo

WALLKILL — Elected officials and local union workers from Orange and Sullivan Counties gathered in front of The Galleria at Crystal Run Mall in Middletown on Thursday morning. They were there to urge New York State policymakers to allocate the necessary funds to make the conversion of State Route 17 to Interstate 86 a reality.

Maureen Halahan, CEO/ President of the Orange County Partnership for Economic Development, said that this needs to be part of “the new five-year New York State Department of Transportation Capital Plan.”

In her 2022 State of the State address, Governor Kathy Hochul said that she would accelerate the conversion of Route 17 to I-86 in Orange and Sullivan Counties.

A Department of Transportation Environmental Impact study would need to be completed and should commence this year before any shovels could hit the ground.

So far, projects have already been completed that will aid in the conversion, like reconstructing the interchange at Exit 131, where Route 17 meets Interstate 87.

More locally, the reconstruction of Exits 122 and 125 will help meet the interstate standards and aid in the increased traffic from Legoland.

The coalition, 17-Forward-86, is comprised of economic development and tourism groups, construction trades, environmental, business, and health companies who want the long-awaited I-86 to become a reality.

With new tourist sites such as the Legoland park in Goshen, as well as The Kartrite Resort & Indoor Waterpark and Resorts World Catskills casino both in Thompson, traffic and tourists have increased in the area. The coalition says the need for this expanded infrastructure is even greater.

While talks of expanding State Route 17 have been ongoing for over 20 years, State Senator Mike Martucci said it’s different this time around.

“There has been an unprecedented federal commitment that has been made. Our time is now. The groundwork has been laid by the men and women of [union] labor who are ready to get this done with us,” said Martucci while standing in front of a large group of union construction workers who had joined the press conference.

Town of Thompson Bill Rieber Jr. said, “We now have a once in a generation opportunity to take on a project of this size and cement Orange and Sullivan Counties as the economic epicenter of the Hudson Valley. I think we’re far better off with a highway system that will meet today’s and tomorrow’s demands, enable commerce, and bring our visitors to the region and back home safely and efficiently.”

Marc Baez, CEO/President of the Sullivan County Partnership for Economic Development, recalled that the project was ramping up again in early 2020, but the COVID pandemic diverted plans.

However, the pandemic also shifted where and how people work, with many opting to work from home and travel to New York City or other parts of New York State when needed, said Baez.

Baez added, “This corridor becomes ever more important for us to be successful at attracting investment in the county ... the time is now let’s build it today.”