The Tories of the Upper Delaware

The first permanent European settlement in the Upper Delaware Valley was established around 1755 by a group of Connecticut farmers who formed the Delaware Company. The settlement, called Cushetunk, …

The Tories of the Upper Delaware 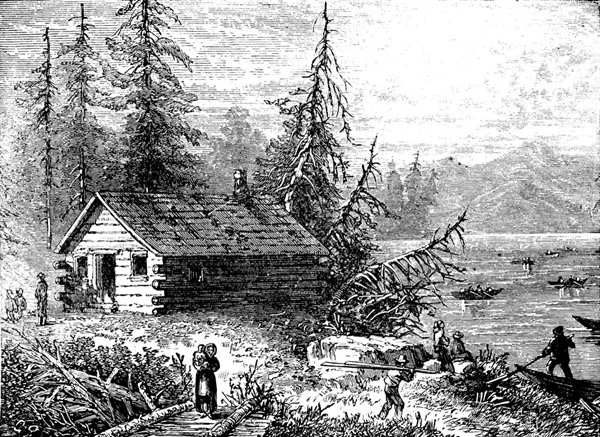 The Cushetunk settlement (Cochecton) was founded in 1755 by a group of families from Connecticut. Most of them remained loyal to the King during the Revolutionary War.
Posted Friday, July 3, 2020 12:00 am
John Conway - Sullivan County Historian

The first permanent European settlement in the Upper Delaware Valley was established around 1755 by a group of Connecticut farmers who formed the Delaware Company. The settlement, called Cushetunk, stretched for thirty miles up and down the Delaware River, from what is today Lackawaxen to present day Callicoon, and about eight or ten miles wide on either side of the river.

Within a few years, those original families had been joined by a number of others.

Robert Land, for instance, had been born in England and had fought with the British Army in the French and Indian War. He came to Cushetunk around 1768 and was appointed Justice of the Peace and Magistrate by the British government. Joseph Ross, from Bound Brook, New Jersey, came to the area near present day Callicoon around 1756 as a land agent for Joseph Griswold, who had purchased a large section of the Hardenbergh Patent with the intention of selling lots. Bryant Kaine (also spelled Kane) acquired land near Cochecton Falls a few years before the Revolutionary War and lived there with his wife and children, and his brother, Jonathan.

All of these men, as well as a number of others, remained loyal to King George throughout the Revolutionary War, and in general the Upper Delaware, and Cushetunk in particular, was largely a Tory stronghold during the war.

So despite the region's direct link to Philadelphia via the Delaware River and the timber rafting industry which fed lumber to the ship builders there, it is unlikely the Declaration of Independence was greeted enthusiastically in the Upper Delaware.

Because of the dangers inherent in living on the frontier, where Native Americans, mostly loyal to the British, often passed through, a number of the Cushetunk families who favored independence took whatever possessions they could easily transport and moved south to Minisink in Orange County, where like-minded residents were more numerous.

In his first book, “Tom Quick the Indian Slayer and The Pioneers of Minisink and Wawarsink,” published in 1851, James Eldridge Quinlan writes a bit about the situation that developed in Cushetunk in the war years as neighbor took up the sword against neighbor, and in some cases brother against brother.

One such incident involved a reprisal against Bryant Kaine and his family.

“For some reason, - probably because he expressed his ‘sentiments' too freely - Kaine, as well as some others who remained in Cochecton, became obnoxious to the Whigs of Minisink,” Quinlan writes. “He was deemed a dangerous character, and it was considered unsafe to permit him to run at large. The Committee of Safety, therefore, determined that he should be arrested.

“The Tories and others of Cochecton seemed to have been well advised of what was going on below. There were a few persons in Minisink, who, professing openly to be Whigs, were Tories in secret, or they had friends and relatives in Cochecton whom they wished to screen from Whig vengeance, and but little if anything was determined of which was not whispered to those whom it interested most. When it was decided that Kaine should be arrested, he was immediately informed that the scouts would soon pay him a visit and take him from his family to prison.”

So Bryant Kaine quietly disappeared, but not before hiring a man named Flowers to look after his family, which he left behind, thinking they would be immune to any reprisals from the patriot scouts from Minisink. He could not have been more wrong.

Although it is unclear to this day who is responsible, Kaine's entire family was murdered one night, and a similar fate might have befallen the neighboring Lands, as well had it not been for a friendly Native American waking one of the Land daughters and warning her of the impending danger.