JEFFERSONVILLE — Veterans from across the county were welcomed to an archery night, sponsored by Vet2Vet of Sullivan County, held at the Catskill Outdoorsman in Jeffersonville on April … 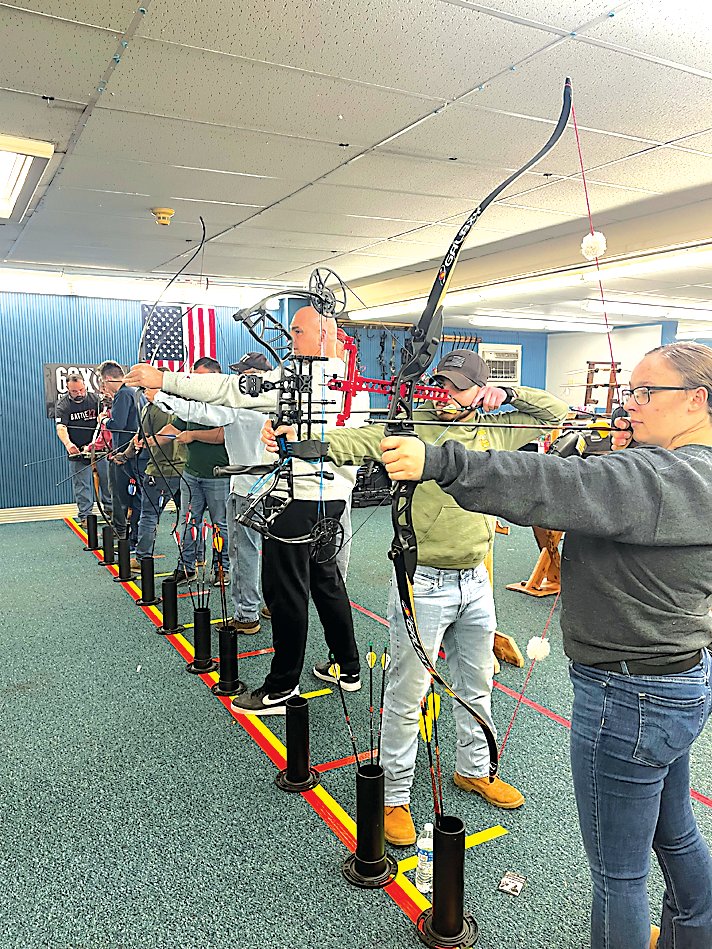 Veterans from the surrounding area came out to participate in the Vet2Vet Archery Night hosted by the Catskill Outdoorsman in Jeffersonville.
Contributed photo
Posted Tuesday, April 26, 2022 6:10 am
By Derek Kirk

JEFFERSONVILLE — Veterans from across the county were welcomed to an archery night, sponsored by Vet2Vet of Sullivan County, held at the Catskill Outdoorsman in Jeffersonville on April 14.

“It honestly could not have gone any better. To see all of us vets just hanging out and interacting together, joking around and giving each other a hard time (it’s a vet thing), it was a breath of fresh air,” Terracciano said.

“The archery event at The Catskill’s Outdoorsman was nothing short of amazing. It was nice to see so many veterans get together in a non-traditional manner,” said Vet2Vet spokesperson Ryan Fuller.

“Many programs for veterans that entail support come down to just sitting in a room and talking. We want to get veterans out of their homes and out of the offices to connect through events and activities.”

A dozen Veterans participated in the event, with two winning donated tickets to a comedy show and another two winning range time at the Catskill Outdoorsman.

“We can’t thank them enough and we look forward to our continued partnership,” Fuller said.

The veteran-owned store opened up on Main Street only recently and has already connected a great number of people from the surrounding communities through the common interest and hobby of archery with a variety of archery leagues and other social events.