SULLIVAN COUNTY –– “You know who our members are ... Many times you stop into their offices when you require their assistance in …

‘We need this raise’ 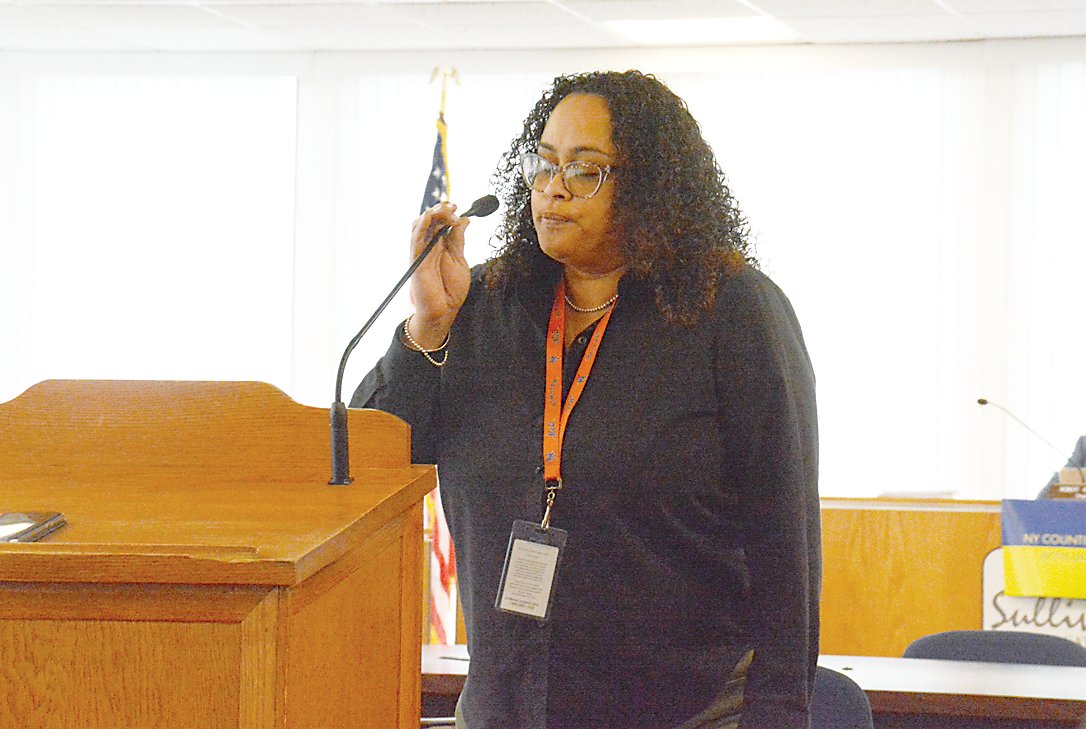 April Rodriguez-Walsh, a Center for Workforce Development employee and Local 445 member, faced away from legislators when saying, “Don’t turn your back on Sullivan County workers.”
Joseph Abraham | Democrat 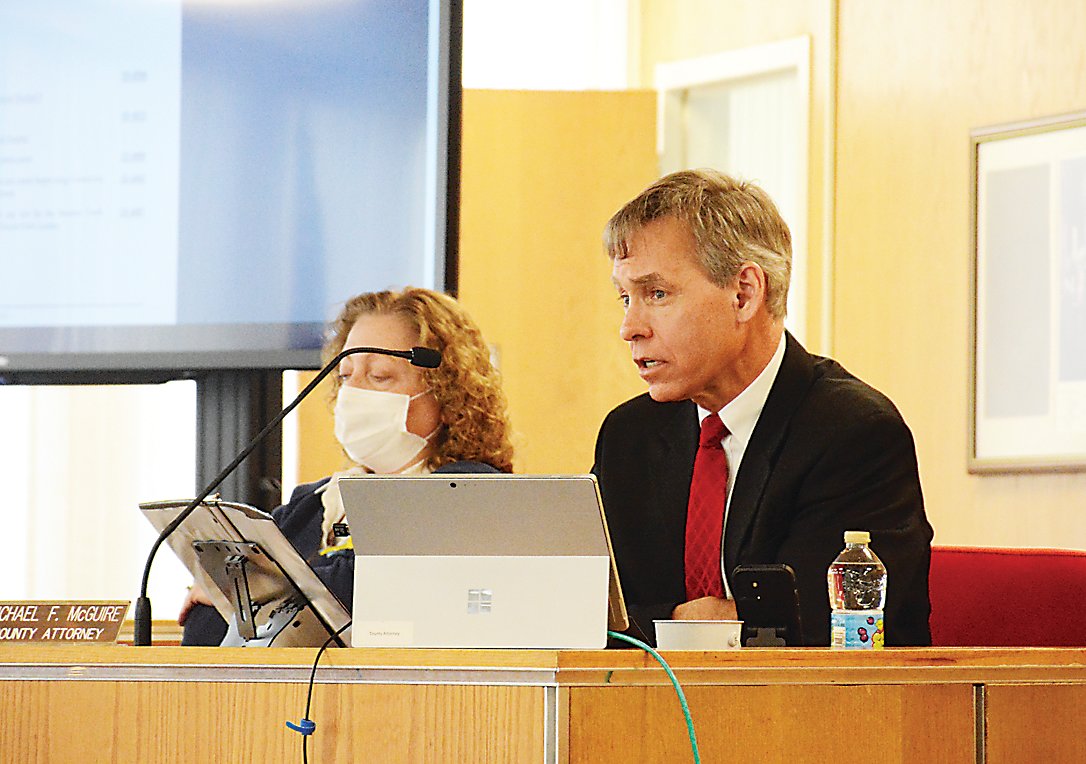 SULLIVAN COUNTY –– “You know who our members are ... Many times you stop into their offices when you require their assistance in getting paperwork or information,” said Teamsters Local 445 Business Agent Tom O’Connell to legislators during the public comment period of last Thursday’s full board meeting.

He was joined by several County employees who are Local 445 members, and implored the Legislature to give their members a “fair and just pay raise.”

According to O’Connell, they’ve been working without a current contract for the last two and a half years.

O’Connell referenced how many of their members worked through the COVID-19 pandemic adding that they did it, “... unsure if by just showing up to do their jobs, they could be taking home a virus that could make them or their families sick or even worse.”

O’Connell also discussed the inflation rate, which he states is currently over eight percent. “It now costs the average family over $325 more to cover their monthly expenses. Where is this money going to come from? ... The low wages that are being paid to our members are now causing issues in even finding new employees to fill the many vacancies within the County.”

O’Connell said the “low wages” being offered by Sullivan County are causing what they’re calling the “Great Resignation,” with County employees leaving for higher paying jobs in the private sector.

“Several months ago, the County spent $1,321,489 for 35 positions that were either created or given raises. All of the raises were above the two percent currently being offered to our members,” said O’Connell. “I’m asking you, the Legislators of Sullivan County, to step up and offer a fair wage and financial offer that will allow our members to be able to live and work here in Sullivan County.”

At Thursday’s meeting, O’Connell began to discuss details of two six-year contract  offers made by the County to Local 445, one of which includes their members agreeing to “give up” the Empire Health Plan.

In the middle of O’Connell’s remarks, he was interrupted by County Attorney Michael McGuire.

“Collective bargaining is done outside of the public domain,” said McGuire, “[and] there is a very good reason for that.”

McGuire added that collective bargaining is an appropriate subject for an executive session.

The County Attorney added that if the Teamsters wished to engage in “improper collective bargaining,” then they wouldn’t stop them, but he cautioned his clients (the Legislature) against doing the same.

Despite McGuire’s cautioning, O’Connell continued on. Following his comments, many other Local 445 members took to the podium.

This included Town of Fallsburg resident April Rodriguez-Walsh, who works at the Center for Workforce Development and said she was proud to be a civil servant.

Touching on several topics, she ended her comment on health insurance. “Sullivan County [has the] second worst health ranking in New York State. By switching our insurance, you’re going to probably change that to making us the first worse next to the Bronx ... Please don’t do this,” she said, walking to the other side of the podium and facing away from legislators. “Don’t turn your back on Sullivan County workers. We need this raise. We need to make a living.”