One of the propositions most often repeated in this column is that so much of our local history remains unknown one's body of knowledge much be constantly updated. One can literally learn something … 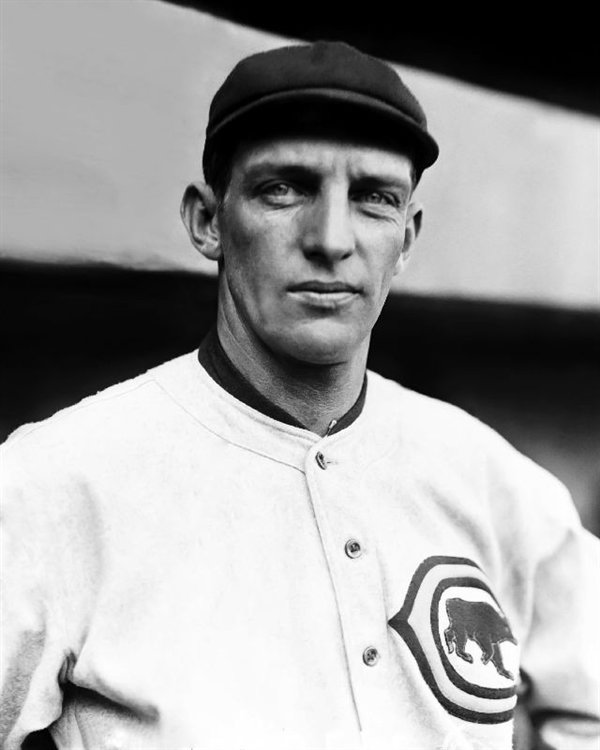 One of the propositions most often repeated in this column is that so much of our local history remains unknown one's body of knowledge much be constantly updated. One can literally learn something new every single day.

And that has happened once again.

Last week's column about former Major League baseball player George Crowe, who lived much of his post-baseball life in Long Eddy, began with the premise that “[a]ccording to the best available research up to this point, there has never been a major league baseball player born in Sullivan County.”

That statement brought an almost immediate response from Bill Frawley of Cochecton, who emailed that he had enjoyed the column about Crowe, but “I would like to mention that Sullivan County had a great major league baseball player, his name was Frank Schulte. He was born in Cochecton in 1882.”

And he is correct.

Schulte was indeed born in Cochecton to German immigrant parents on September 17, 1882. He began playing baseball as a youngster—even though his father, John Schulte, was vehemently opposed to his wasting his time that way.

In a paper written for the Society for American Baseball Research (SABR), Scott Turner wrote:

“Schulte found himself facing a critical decision about his future in 1899. His father, who had carved a niche for himself in the local contracting business, worried that his youngster had found a profession that was less than “honest”. The elder Schulte coaxed, threatened, and finally made an offer to young Frank that few boys of his age or era could have passed up. The German gentleman, hoping that his boy could prove himself a productive citizen by keeping books for his contracting interests, offered Frank a thousand “plunks” to burn up his baseball suit. However, young Schulte staunchly clung to his chosen profession, one that would eventually reward him with princely sums that dwarfed Papa Schulte's offer.”

From 1902-1904, Schulte played for the Syracuse Stars of the New York State League, where a scout for the Chicago Cubs who was sent to observe another player saw him and was impressed enough that Chicago purchased his contract before the 1904 season was over. Schulte played in 20 games for the Cubs that season, hitting .286 with two home runs and 13 runs batted in as Chicago finished in second place in the National League, 13 games behind the pennant winning New York Giants.

The following season, the 22-year old Schulte became a regular in an all left-handed hitting outfield for the Cubs, and by 1910 he was among the most feared hitters in the league, leading the Senior Circuit in home runs (10) while batting a career best .301. He topped that the following season, when he led the league in home runs (21), runs batted in (107) and slugging percentage (.534) while batting .300. He was voted the Chalmers Award as the National League's outstanding player.

Turner writes that he was also “fourth in hits (173), fifth in runs (105), and became the first player ever to top the twenty mark in home runs, triples (21), doubles (30), and stolen bases (23). This feat was not duplicated until 1957 when Willie Mays similarly scorched the National League.”

Schulte never approached those totals again, but he continued to be known as an outstanding ballplayer, as well as a colorful and eccentric one. Turner again:

“Along the way he picked up the nickname that became synonymous with him. Legend states that Schulte admired actress Lillian Russell and that he and his teammates saw her perform in a play called “Wildfire” in Vicksburg, Mississippi. The Cub players then enjoyed a party thrown by Russell, and Schulte, an owner of race horses (some of which were trotters he raced on ice in upstate New York) subsequently named one of his trotters Wildfire. Before long the Chicago sportswriters got wind of these developments, and he too became known by the name.”

Thanks again to Bill Frawley for adding yet another page to Sullivan County's history.