LIBERTY — A Woodbourne man is in custody after allegedly robbing the Key Bank in Liberty on Thursday morning.

According to the Village of Liberty Police Department (LPD), officers … 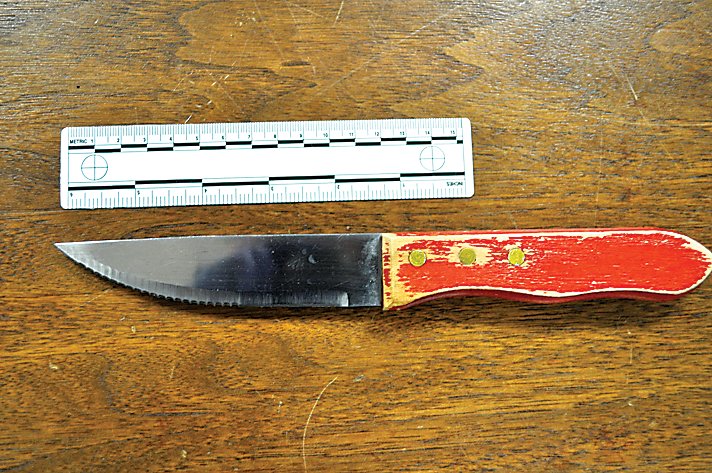 contributed photo Law enforcement in Liberty allege a Woodbourne man used this knife during a robbery at the Key Bank on South Main Street on Thursday, November 17.
Contributed Photo
Posted Tuesday, November 22, 2022 6:10 am

LIBERTY — A Woodbourne man is in custody after allegedly robbing the Key Bank in Liberty on Thursday morning.

Responding officers learned that an individual had threatened a bank employee with a knife and had stolen over $3,000 in cash and fled the bank.

Officers were able to obtain a description and identification of the individual from bank employees. Within approximately four minutes Liberty Police Sergeant Robert Morse and Officer Tim Vogler located the suspect, Patrick Deese, 34 of Woodbourne, on Oberferst Street in Liberty, and took him into custody.

LPD says that at the time of his arrest Deese was armed with a 10” wooden handle knife and was found to be in possession of approximately $3,000 in cash that was taken from the Key Bank.

The Village of Liberty Police Department was assisted in the investigation by the Sullivan County District Attorney’s Office and the New York State Police.

The filing of a criminal charge is merely an allegation, and all defendants are presumed innocent until proven guilty beyond a reasonable doubt in a court of law.