A look into foie gras production

Chicago banned the sale of …

A look into foie gras production 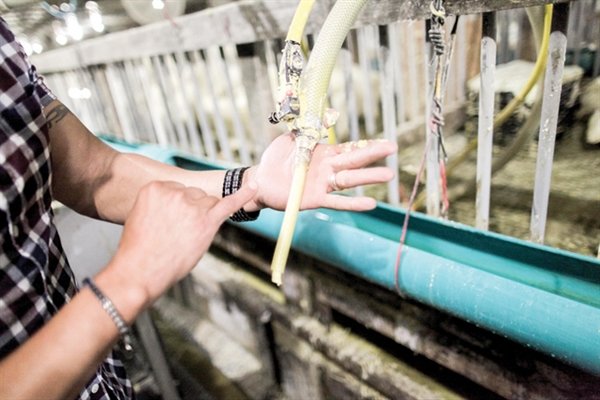 Hector Saravia, the co-founder of La Belle Farm, holds the feeding tube that is used on his ducks.
PATRICIO ROBAYO | DEMOCRAT 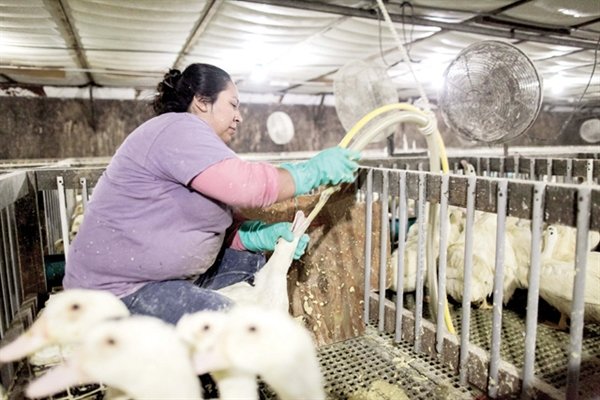 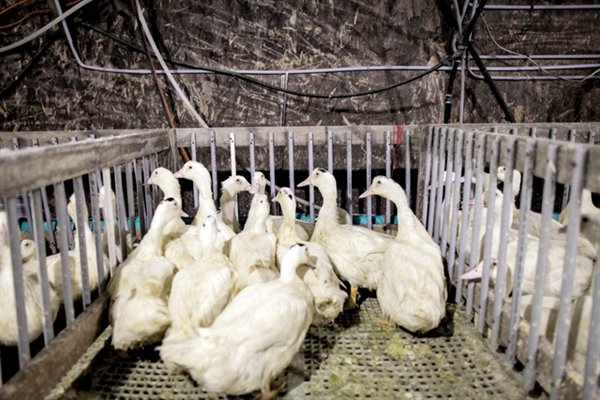 During the last weeks of its life, the Mulard Ducks are kept in these pens while they are fed three times a day to produce foie gras.
PATRICIO ROBAYO | DEMOCRAT 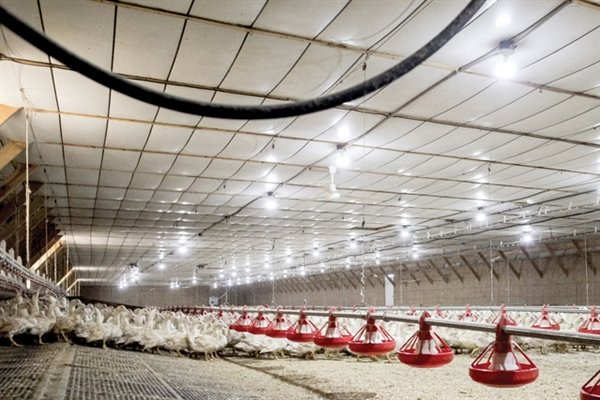 One of the many barns that house the Mulard ducks used in the production of foie gras.
PATRICIO ROBAYO | DEMOCRAT
Previous Next
Posted Monday, September 30, 2019 12:00 am
Patricio Robayo - Staff Writer

Both farms have requested for those council members voting on the bill to visit the farm and to see their operation firsthand.

According to the farmers, no city council member has taken a tour.

The bill's primary author, Carlina Rivera, said her office is not interested in taking an “arranged” tour.

The farms have said previously that they have told City Council members that no appointment is needed.

New York State Senator Jen Metzger said, “These two foie gras farms have had an open-farm policy for many years, and I have invited City Council members to visit the farms before taking action in order to gather all of the relevant information, including the welfare of the animals and the economic and job impacts on Sullivan County.”

The Democrat was given an exclusive tour of La Belle Farm to see first hand the production of the foie gras.

In one location, in North Branch, a barn is used to house over 12,000 ducks kpet on two levels.

The farm has locations in North Branch, White Sulphur Springs, Ferndale and Monticello.

Ducks are brought in from Canada at one day old and are kept together for two weeks.

The ducks are kept in a wide-open pen and fed by automatic feeders.

After two weeks, they are moved into another section of the barn which is separated by plastic.

The barns are temperature controlled and have minimal lighting. The housing for the ducks have low ceilings, and a small walkway runs along the width of the barn where you can see 6,000 ducks scatter as you approach.

According to La Belle, the ducks are antibiotic-free and need to be kept from the wild and diseases.

Larger ducks at 12 weeks old are placed in the lower level and begin feeding off of feeders that are raised off the ground.

Hector Saravia, the co-founder of La Belle Farm, said this is so the ducks can get used to being fed with its head up.

Before entering the lower level of the barn, Saravia knocked loudly on the door. He said it is to prepare the ducks for someone entering the barn.

In Ferndale, La Belle Farm starts processing ducks at 16 weeks old, and they spend the next 21 days there before being slaughtered.

In those 21 days, the Mulard ducks are fed a mixture of corn and soy up to three times a day.

The Mulard duck is a hybrid of the Muscovy and American Pekin duck. Males are used for the process of foie gras as their livers are known to store more fat than females.

The worker then grabs the duck by the beak and plunges a six-inch plastic tube down its throat. Within seconds, a compressor shoots down the feed, making the process last seconds. The worker repeats the process with all the ducks in pen.

Once the duck has reached 105 days old, they are slaughtered and sent off to be made into a wide variety of duck products. Every part of the duck is used from its beak, feathers, meat, feet, blood, etc.

Assemblywoman Aileen Gunther has witnessed the production of foie gras and said, “I did watch the process. I certainly love animals, and I wasn't offended by it.

“Farmers struggling as much as they do, not only in New York State but across our country, I think that we should allow them to farm the way that they do,” said Gunther.

People for the Ethical Treatment of Animals (PETA) have called this specific animal product production, cruel and inhumane.

PETA says the process of force-feeding the ducks, also known as gavage, causes the liver to swell up to 10 times their average size.

According to American Veterinary Medical Association Literature Review on the Welfare Implications of Foie Gras Production in 2014, “Force-feeding is possible with ducks as they can swallow large food items and so possess a relatively large and robust esophagus, the capacity of which can be further increased with repeated filling.”

The review says that risks to the duck, such as injury and infection, can be handled with proper management.

Some changes that could be made, according to the review, include removal of injured animals and moderating of feeding levels to have a balance between yield and the animals well-being.

Saravia said he is open to regulation but not an all-out ban.

Foie gras is considered a fine dining staple and is sold for high prices at many restaurants in New York City.

Councilwoman Carlina Rivera, the primary author of the bill to ban the sale of foie gras, says she is a lifelong advocate for animal rights and will continue to push for the passage of the law that ends the production.

According to Herman Lee, co-owner of La Belle Farm, they do not harm their ducks, and he feels they have gone above and beyond the regulations to take care of their ducks.

Lee says videos that are being shown by animal rights activists show an older process of feeding, where a metal tube was used. Their farm uses a plastic tube of six inches.

His ducks are fed three times a day, and each meal is less than the previous one.

Lee said the workers inspect the duck's feed sac and if there is still food inside, they lessen the meal or do not feed the ducks at all.

“As farmers, we try to treat our animals the best we can,” said Lee. “They are our livelihood, why would I hurt that.”