DELAWARE –  “Inevitable” is how the Town Supervisor for the Town of Delaware, Scott DuBois, described the expected incoming rise in taxes and health insurance costs as the town … 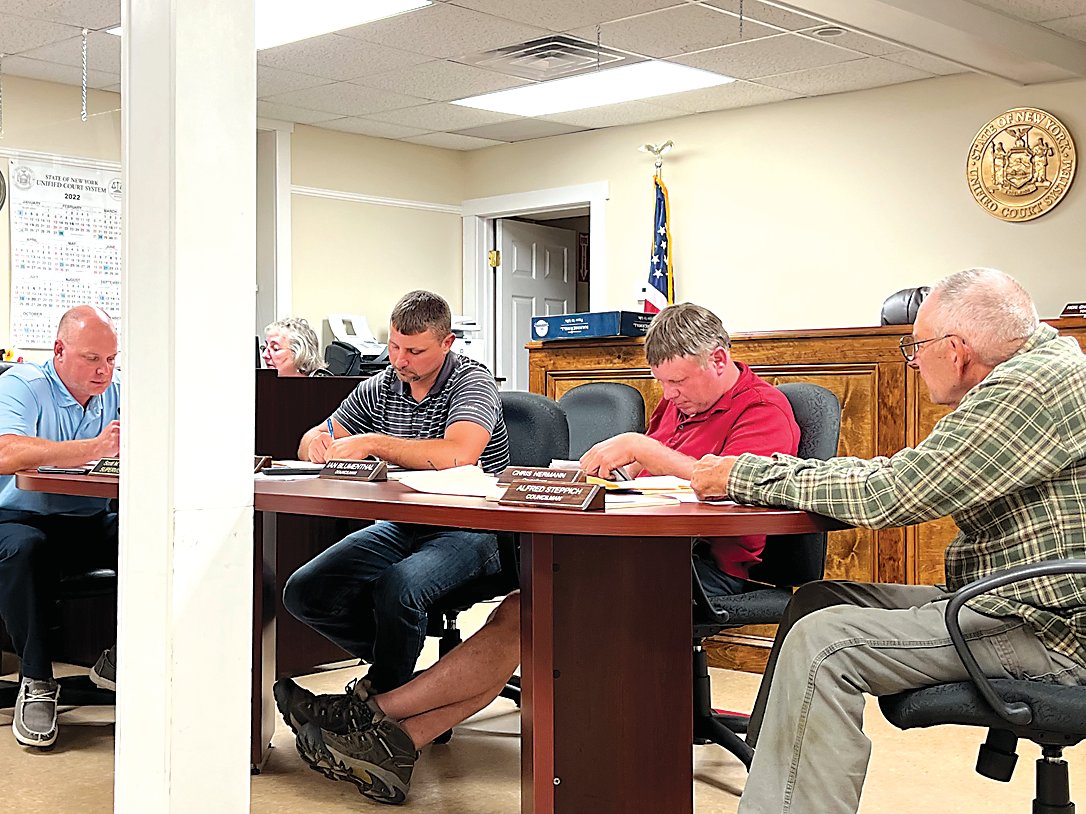 The Delaware Town Board is hosting a budget workshop on October 12 at 5 p.m. to address expected upcoming rise in taxes and other expenses.
Derek Kirk | Democrat
Posted Tuesday, September 20, 2022 6:10 am
By Derek Kirk

DELAWARE –  “Inevitable” is how the Town Supervisor for the Town of Delaware, Scott DuBois, described the expected incoming rise in taxes and health insurance costs as the town revisits its budget due to an expected deficit of nearly $83,330 due to a recent reduction in the town’s largest taxpayer’s assessment – the Villa Roma Resort and Conference Center.

The loss comes from the decision in a real estate tax certiorari case brought by the Villa Roma Resort against the Town. The presiding judge awarded the Villa Roma a 43 percent reduction in their assessment – from roughly $23 million to $10 million – after the resort’s recent tax grievance.

With the township currently charging $6.41 per $1,000 of assessed value for taxes, it will reduce the Villa Roma’s town tax payment by approximately $83,330.

According to town officials, the budget is approximately $2.473 million of which $1.73 million needs to be raised by taxes.

DuBois said the town will also owe the Villa Roma approximately $500,000 refund from past year’s taxes.

DuBois made note of the town’s additional struggles, including heating and fuel expenses.

“If there ever was a perfect storm, this is probably one of them…we’ll do our best,” DuBois said. “The numbers…are what they are, and money has to be raised one way or another to pay the bills.”

The Democrat reached out to the Villa Roma but did not recieve a response by press time.

A budget workshop is scheduled for October 12 at 5 p.m. located at the Town Hall, on 104 Main Street in Hortonville.

Staying on top of sound

As previously reported in the Sullivan County Democrat, hamlet of Callicoon-based wedding venue and eatery, Seminary Hill Cidery, have been pushing for a later start to quiet hours in the town, which has been met with resistance from a handful of residents and neighbors of the property.

In an attempt to ensure the current quiet hours are being monitored, Building Inspector James McElroy stated he will be measuring the noise levels with a sound meter over the next few weeks. The original quiet hours still stand at 9 p.m.

“If there is a violation, it will be enforced,” McElroy said.

Town Supervisor Scott DuBois acknowledged the number of residents in attendance who were present to discuss quiet hours once again, but denied any public comment on the subject, as the town is currently in works to satisfy the problem.