Gaming isn’t new, but beginning in the 1990s it went from being just a casual hobby to a more organized professional sport, and today, it’s known as eSports. 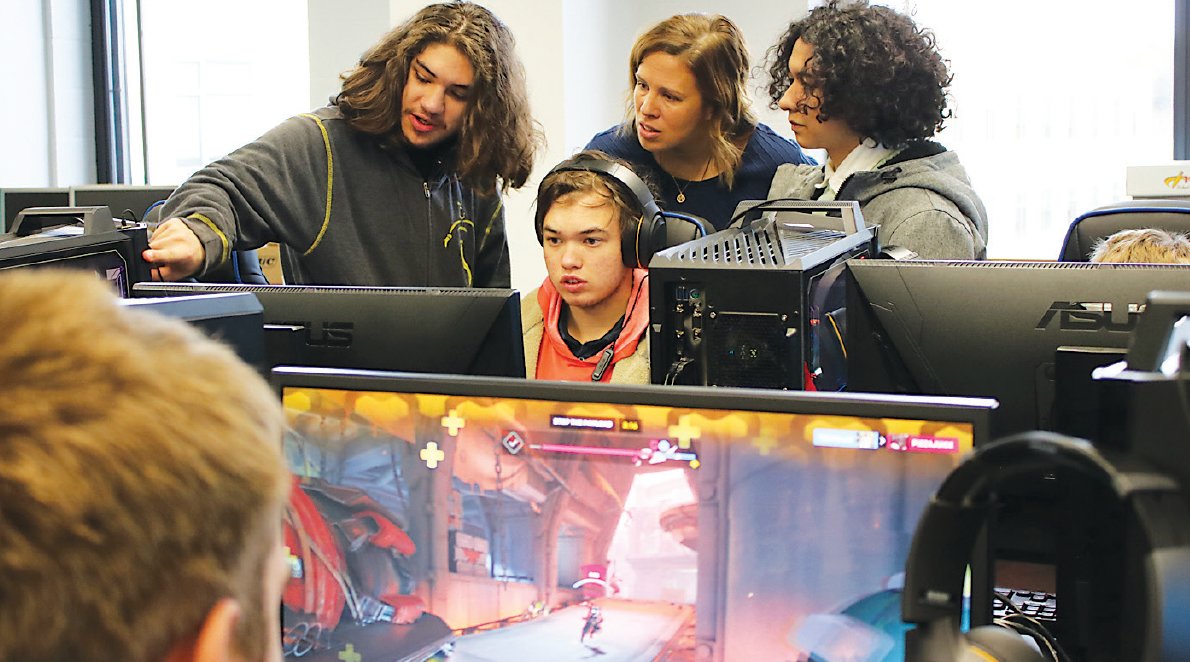 Teacher Krystal Herbert talks with student gamers just logging on and during a moment of strategy. See more from Sullivan West inside the latest School Scene!
Autumn Schanil | Democrat 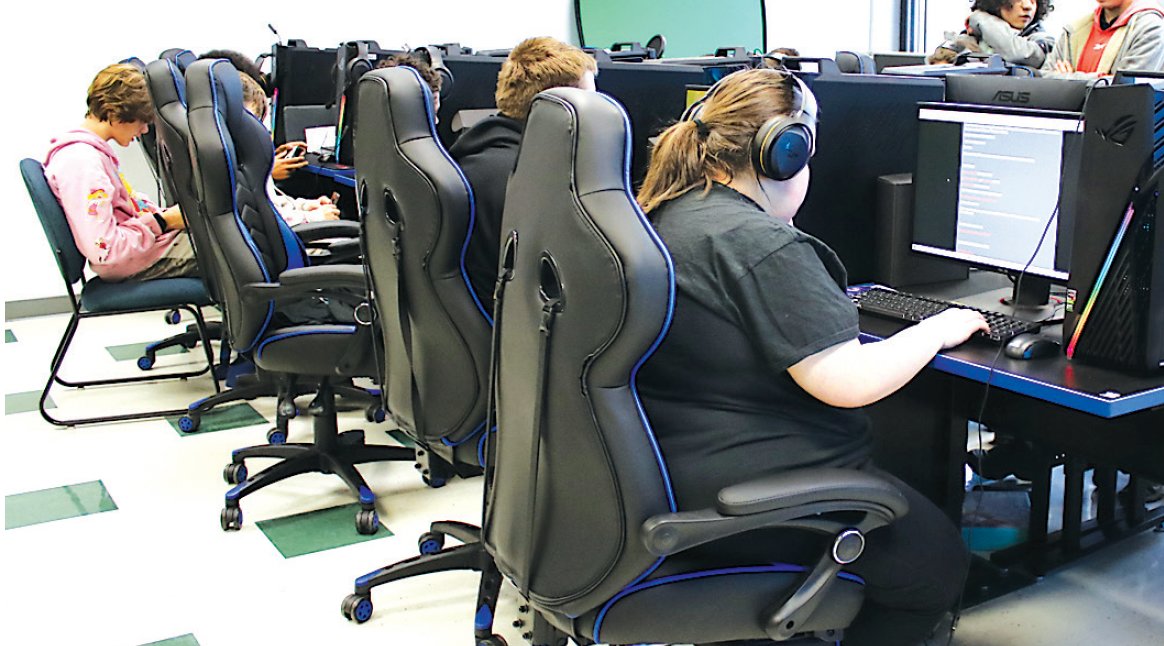 Every PC in the room is taken, so some students play alongside a friend or use a Switch.
Autumn Schanil | Democrat 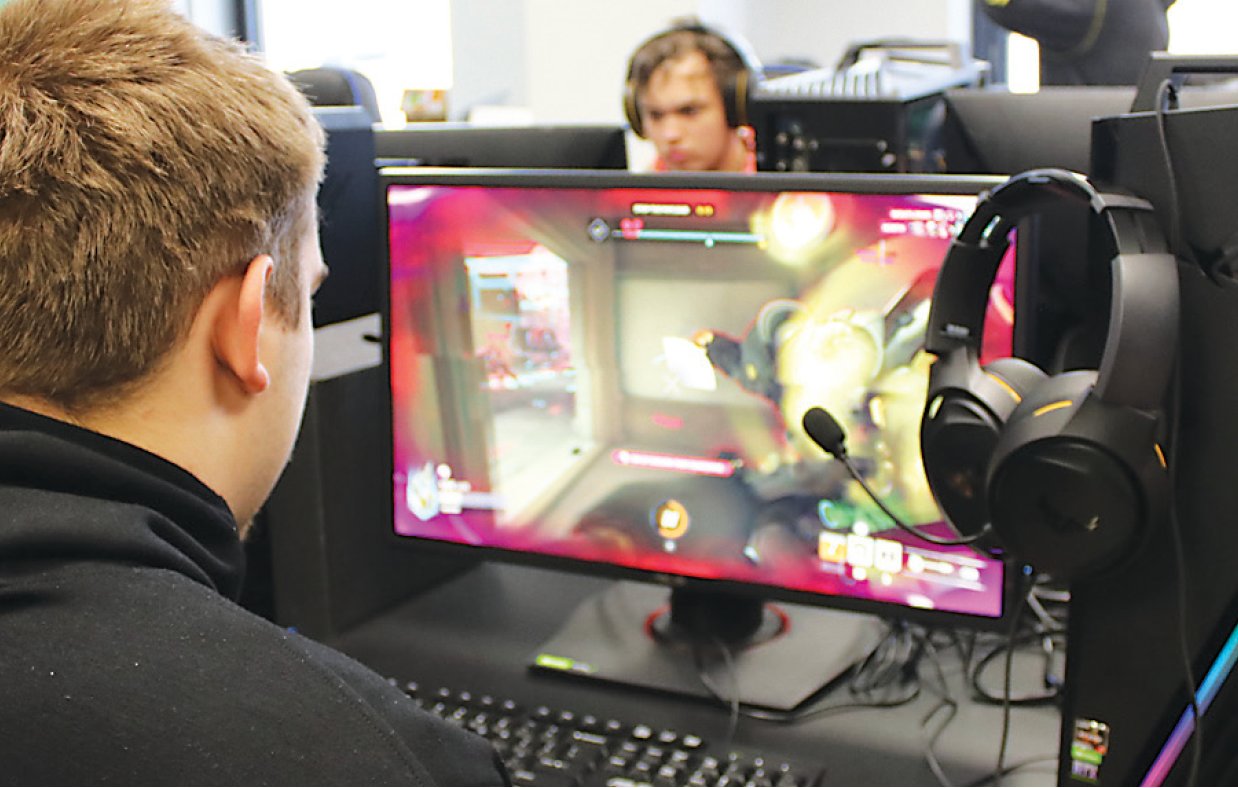 As each student joins, Herbert sends a list of games home to the parents, so they still have control over what games they want their kids playing and not playing.
Autumn Schanil | Democrat
Previous Next
Posted Friday, December 2, 2022 6:10 am
By Autumn Schanil

Gaming isn’t new, but beginning in the 1990s it went from being just a casual hobby to a more organized professional sport, and today, it’s known as eSports.

Many colleges and universities have now added varsity eSports teams, as well as offer scholarships, and just this year PlayVS - an eSports competition platform - has brought it into high schools, including Sullivan West Central School.

“It has just exploded,” Principal Mark Plescia said walking next to teacher Krystal Herbert, “and thankfully Krystal here has taken the club on, which is now teetering between a club and an athletic team.”

Herbert is not a gamer, she admitted. Her kids are, but she’s never had any interest besides the occasional Mario Kart. When asked if she wanted to take over the club, she thought, why not?

“Truth is, I like the underdog. I like when opportunities for kids open up,” Herbert said smiling. “Our club, it’s a lot of kids that you wouldn’t have seen staying after school before, but now they found something they like and are interested in. Now they can participate in their district.”

Herbert may not game, but she runs the club with structure, discipline, and organization. The club has a President and a Treasurer. They hold fundraisers, and they lesson plan. There are so many kids signed up this year compared to last year, that Herbert said they ran out of PC’s so some kids share a computer while others use Switch’s.

“I’m really investing a lot in learning play verses and their procedures. We’re still figuring it all out, between being a club and being a competing team,” Herbert explained. “We have our first scrimmage coming up on Friday against another school. It will be our first time actually competing against somebody else, and it’s exciting. This will show us where we are,” she continued.” I wanted them to have a taste of what competing will look like before we start in January. It’s like any other sport, they need to practice.”

The Spring season of eSports begins in January, and the Sullivan West club will officially have two teams. One team will be for Rocket League and the other team will be for Overwatch. One will be playing after school on Wednesday, and the other on Thursday. According to Herbert, they’ll be playing against other schools through PlayVS where there will be playoffs and championships.

“I remember my Dad telling me growing up that video games would rot my brain,” Herbert laughed. “Now they’re studying the benefits, and research shows that gaming actually helps with different executive functioning skills, problem solving, and communication, amongst other things.”

Herbert continued to say that they’re not just ‘playing games’ but the kids are learning how to lose, how to communicate calmly with each other, how to work as a team, and how to still applaud the person that they just beat.

“And scholarships are being given out by colleges now because you’re seeing more and more students going to school for game developing and YouTubing. There’s a lot of money in these programs, and more and more schools are developing programs within their own districts,” Herbert said. “PlayVS is even considering a special Olympics for eSports. We of course don’t qualify for that, but I think it’s neat because they’re very inclusive,” she said as students began to enter the room.

“They know how to play,” she said as students placed headphones over their ears and logged into computers, “I’m here overseeing what we do, and we’re doing this. I’m hoping every year it’s just going to grow and grow.”