Sunday evening was Farm Arts Collective’s final premiere of Tavern at the Edge of the World at the Willow Wisp Organic Farm just across the river from Callicoon. From the check-in table … 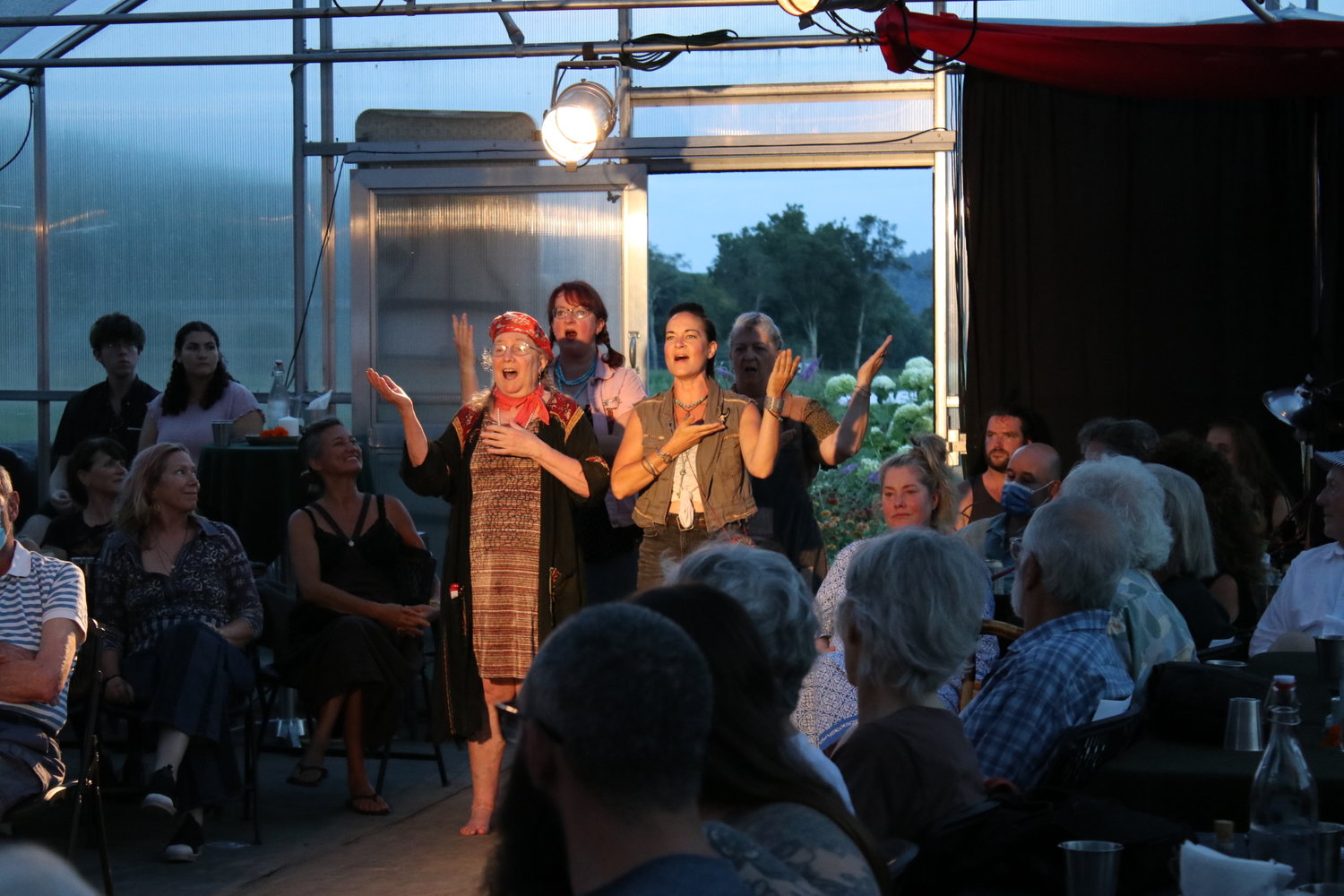 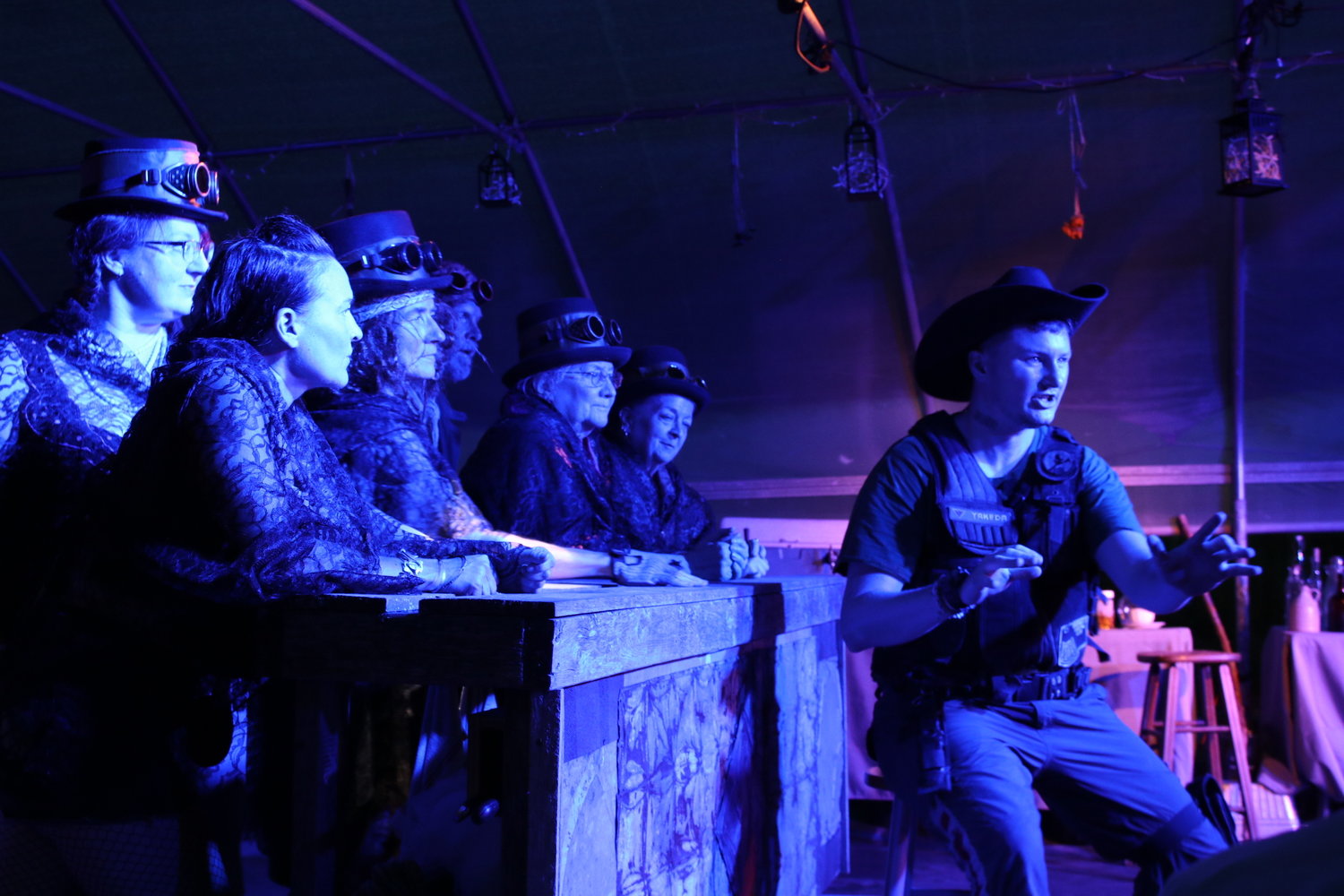 Lighting changed to blue to signify the dream portion of the show.
Autumn Schanil | Democrat 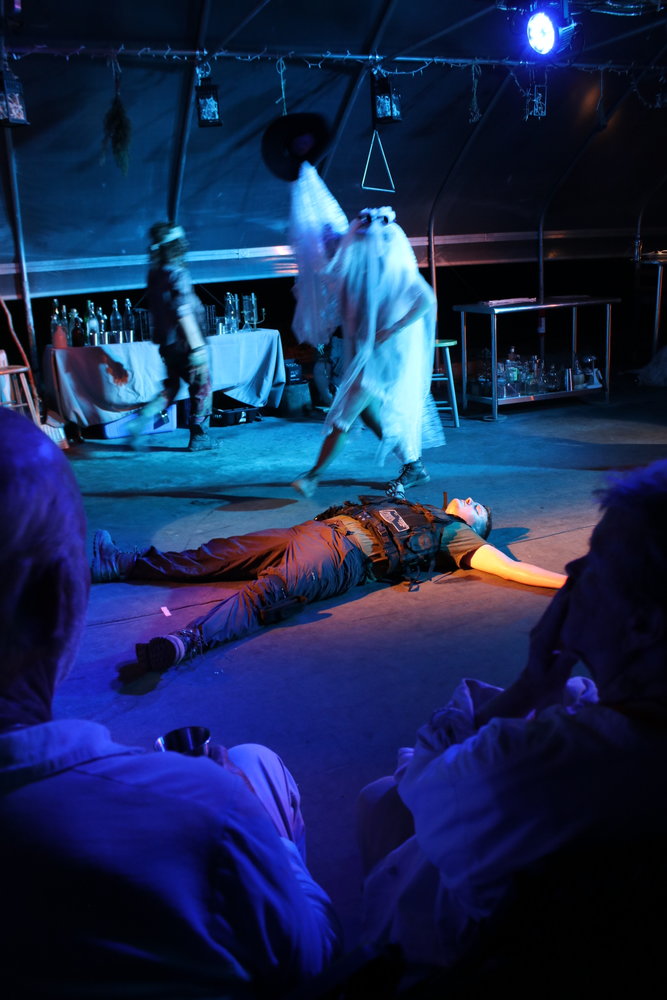 The play was a story of mitigation, loss and disruption due to extreme changes in the climate and environment, but also one of survival and adaptation.
Autumn Schanil | Democrat 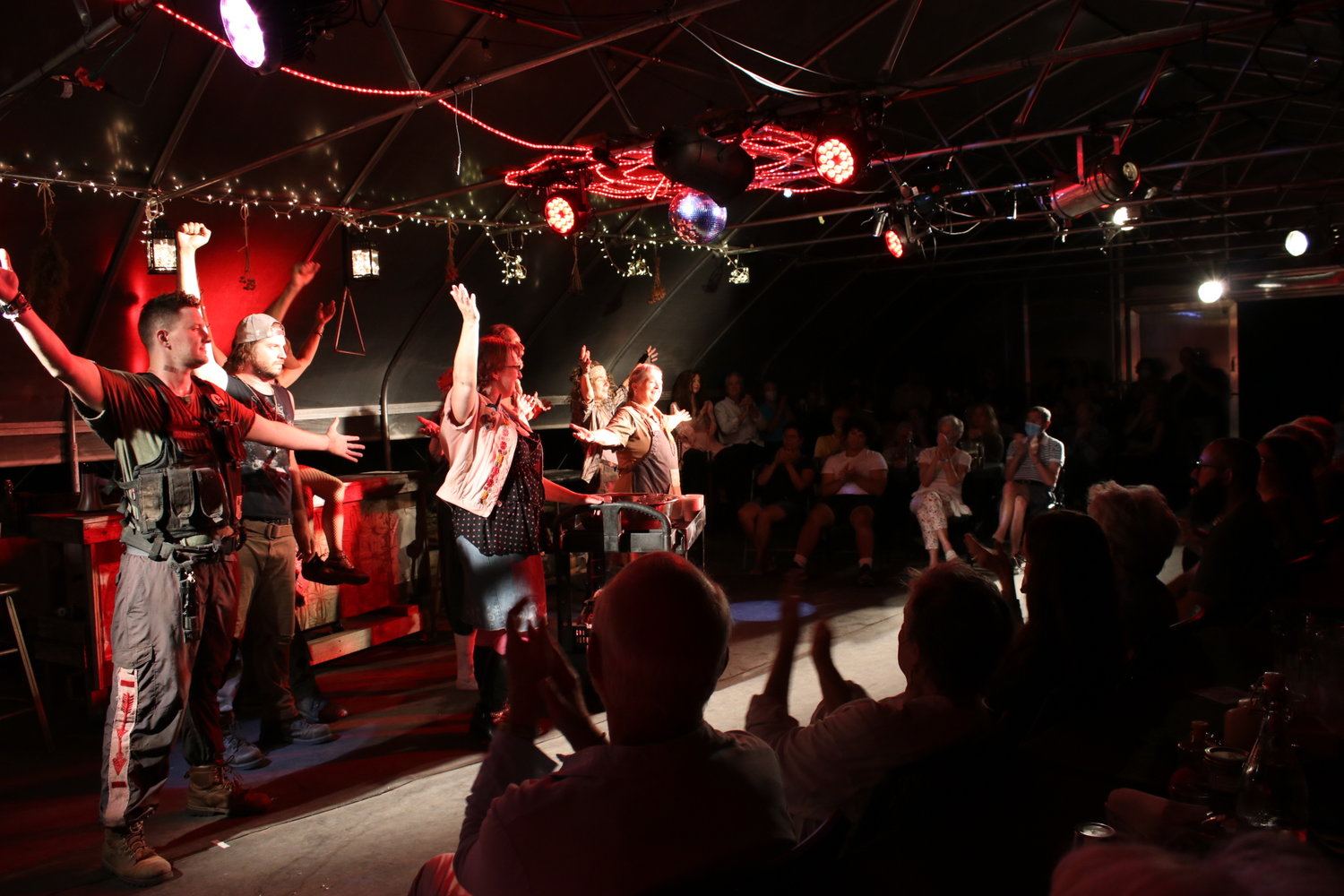 The audience applauded and whistled as the show came to an end.
Autumn Schanil | Democrat
Previous Next
Posted Tuesday, August 16, 2022 6:10 am
By Autumn Schanil

Sunday evening was Farm Arts Collective’s final premiere of Tavern at the Edge of the World at the Willow Wisp Organic Farm just across the river from Callicoon. From the check-in table outside, to the entryway of the greenhouse-turned-make-shift tavern where you scanned your ‘QR code’, the mood was dystopian, bordering apocalyptic, and not a single seat or table was empty inside.

The audience waited with anticipation for the third play in the Dream on the Farm cycle of climate change plays to begin, as the band up front played.

When the show finally began, there was a sudden hush as everyone focused on the story being told. Set in 2062, just 40 years from now, each character was intense, humorous, and fantastically played. It was a story of migration, loss, and disruption due to extreme changes in climate and environment, but it was also a story of survival and adaptation. Set in a tavern, run by the Spider Sisters of Arachne, it was a story of refuge in a world of crisis where vulnerability, strength, friendship, learning and love unraveled.

It was a performance that demanded your full attention, which was easy to give, and a show with a depth of information and knowledge portrayed through every action, song, and word.

Director Tannis Kowalchuk along with the writers, musicians, and the entire ensemble of the Farm Arts Collective truly created a work that will be remembered for a long time to come.

I can’t wait to see what’s in store for next year.