WOODBOURNE — Police and Fallsburg have been investigating an incident in which the well-known Woodbourne Shul on State 52 was pelted with paintballs on the morning of September 8.The shul has … 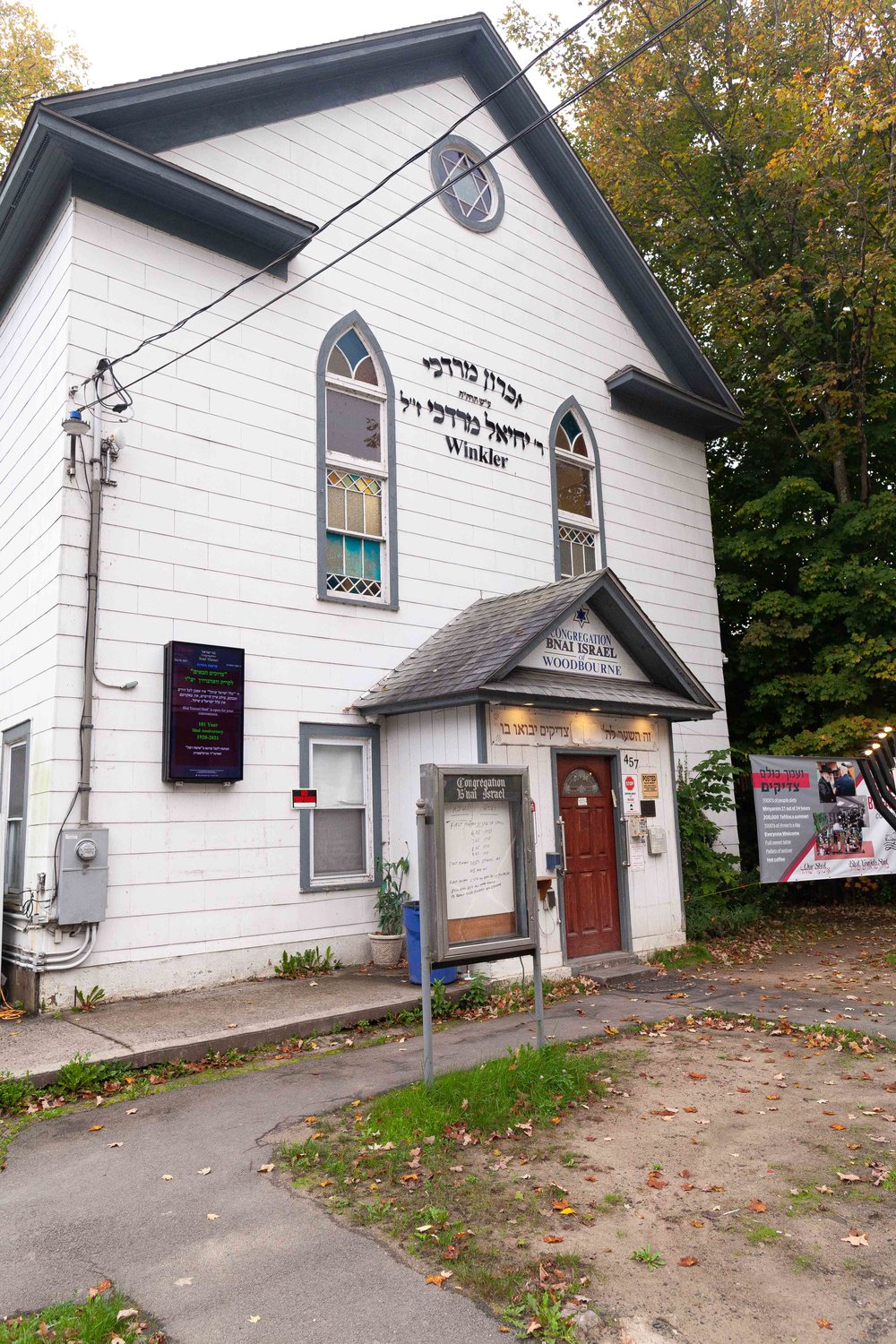 An arrest has been made in connection with a paintball incident that happened at the Woodbourne Shul on State Route 52.
Patricio Robayo | Democrat
Posted Tuesday, September 21, 2021 9:12 am
Story and Photo by Patricio Robayo

WOODBOURNE — Police and Fallsburg have been investigating an incident in which the well-known Woodbourne Shul on State 52 was pelted with paintballs on the morning of September 8.
The shul has stated that a vehicle was seen firing paintballs multiple times as they drove away, vandalizing the front of the building.
After a week, the Fallsburg Police Department anounced the arrested of Christian Thomas, 24, of Woodbourne, for Attempted Criminal Mischief in the Fourth Degree, a misdemeanor.
It is alleged that on the morning of September 7, a day of Jewish religious observance, Thomas discharged a paintball gun toward the front door of the Schul on Route 52 in Woodbourne.
The incident was captured by video surveillance, which ultimately led police to locate and interview Thomas, collect relevant evidence and take him into custody.
Chief Williams said, “As I have said, time and time again, we will not tolerate conduct that makes people feel less than safe in our community. I am committed to the protection of all of the members of this community, across all divides. I thank those who took notice of this conduct and reported it for doing their part to ensure this person is held responsible for his conduct.”
Fallsburg Supervisor Steven Vegliante told the Democrat, “I am proud and grateful that our officers and detectives were able to make an arrest in this case in such a short amount of time. It is an important message to be sent that no bias related crimes will be tolerated in our Town and the Fallsburg Police Department will make sure that all residents are protected.”
Thomas has been arraigned and is due to appear before the Town of Fallsburg Justice Court on October 4.