My son has been coming here more often lately and he brings his dog Andy with him. Andy is a rather large dog, about the size of a boxer. Daisy is only a cat but she decides that she is in charge and … 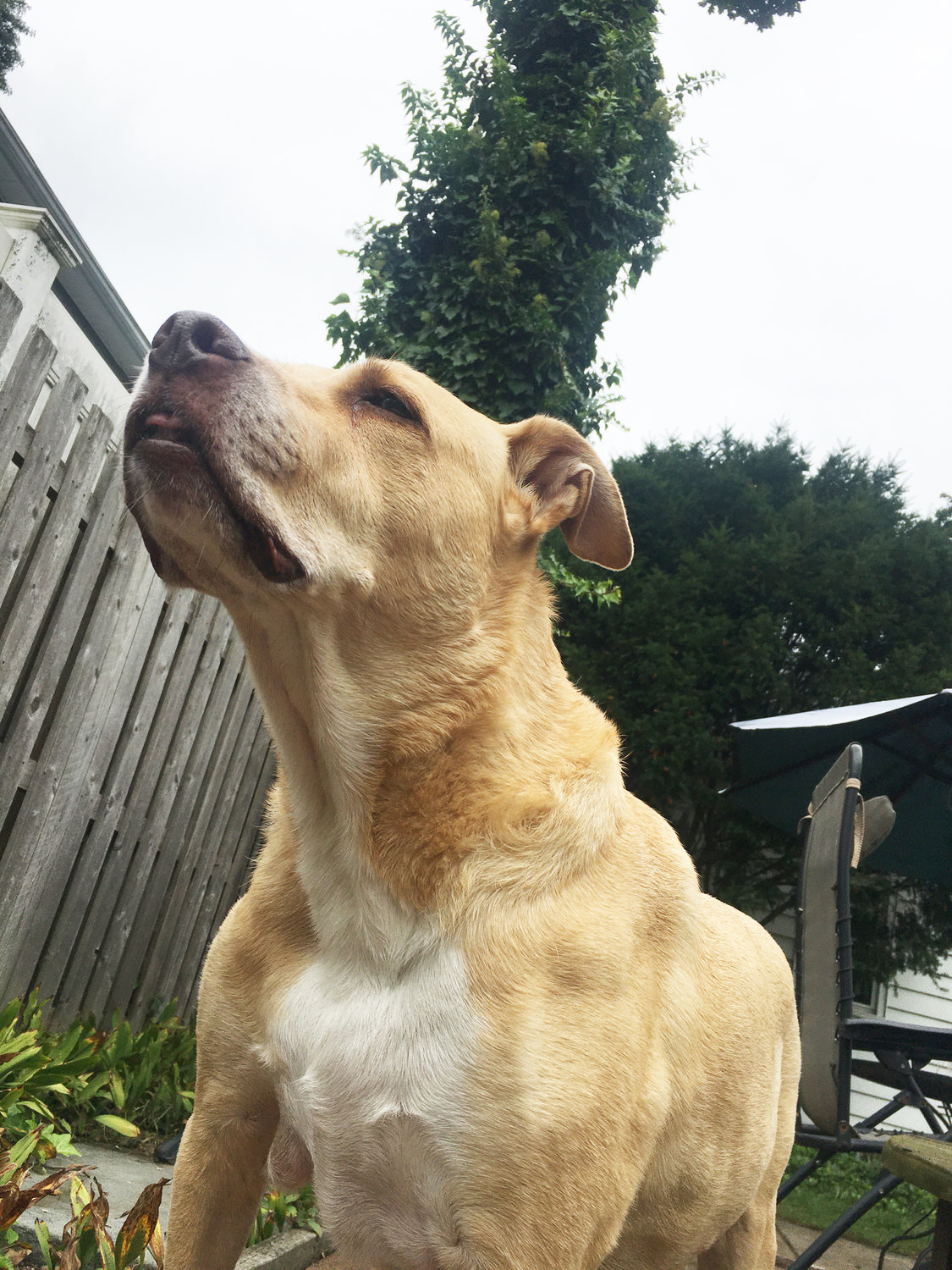 Andy is a rather large dog, about the size of a boxer.
Contributed Photo
Posted Friday, October 8, 2021 7:00 am
June Donohue

My son has been coming here more often lately and he brings his dog Andy with him. Andy is a rather large dog, about the size of a boxer. Daisy is only a cat but she decides that she is in charge and that Andy is an interloper. For some reason Andy understands this and gives her a wide berth.

When she walks into the kitchen he steps out of the way and takes a different route to his dish. He NEVER eats out of her dish even though she investigates what is in his and sometimes threatens to eat his food before we scoop it up because she is on a diet and besides that food is for him.

If he walks too close to her she swats at him with her paw and sometimes even connects. Does he ever growl at her? -NO, but she on the other paw does growl at him. I never knew a cat could growl. When I try to comfort Andy and tell her he’s a nice dog and that she’s not being very hospitable, she pays no attention to me.

When Andy was rescued from a shelter in Texas, his former owners had a cat named Tessie that didn’t like Andy at all. There was a stray cat that had been beating up Tessie all the time. When Andy was outside one day and he saw the stray attack Tessie he came to the rescue and chased the stray off the property. After that Tessie changed her attitude about Andy.

When Andy is outside here he takes on huge deer chasing them on the run. I’m not sure what he would do with a big buck if he ever caught one.

Andy also always runs and barks at birds flying overhead. It’s as if he is trying to prevent them from swooping down and capturing us. When Michael told me he also runs and barks at planes that fly overhead, I didn’t believe him until I saw it myself. Andy must think that’s a huge noisy bird that he managed to scare away.

You can’t get there from here