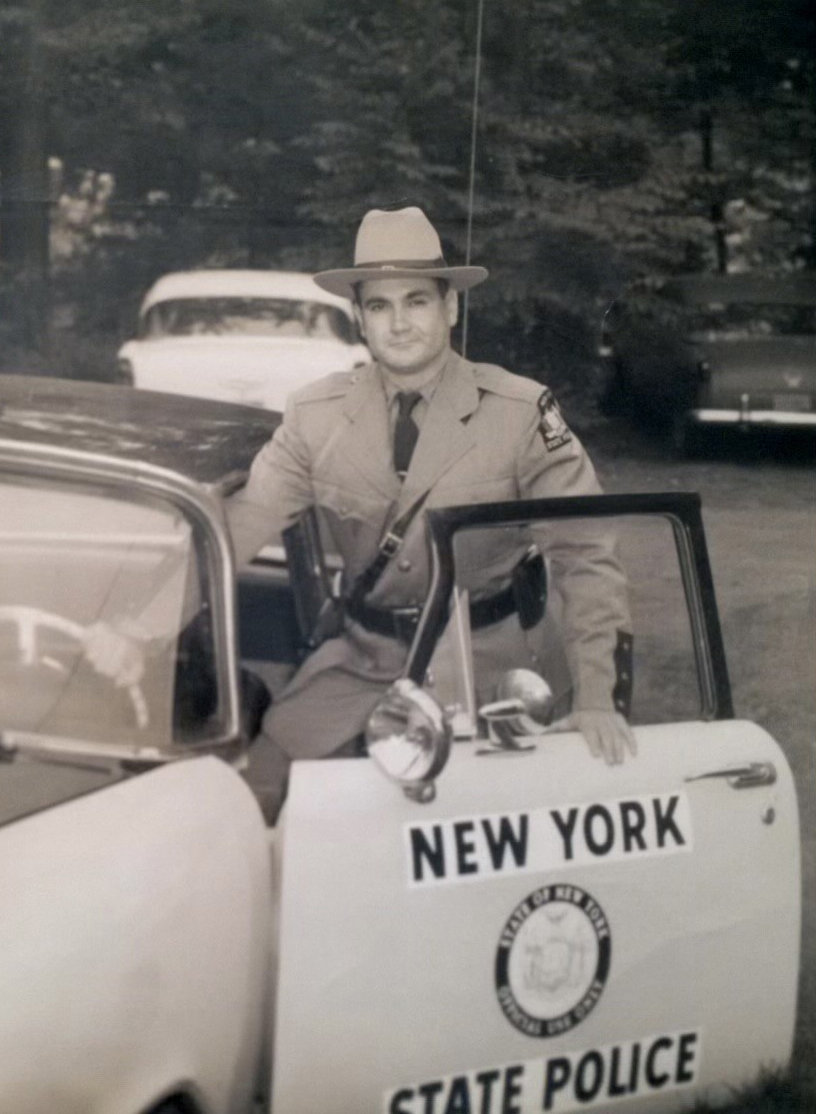 Anthony was married to Lorraine (Clark) Zaccari, they were married for 61 years.  She survives.

Anthony (Zac) was a WW II Veteran with the United States Army Military Police, serving as a Staff Sergeant, officially one of the youngest to achieve that Rank.  Zac served two Law enforcement agencies – NYPD as a Patrolman for five years, and retired as an investigator from the NYSP/BCI Troop F with 25 years of service. During retirement, Zac went on to work for Monticello Raceway as the Director of Security.

In his free time, he enjoyed endless building projects at home and helping family and friends along the way, his famous stone arch ways and fireplaces creations were true tributes to his many talents.

Zac Loved to travel with Lorraine and friends to Europe, he was an avid historian and spoke five languages fluently.

Well known for his never-ending sense of humor, you were sure to get a laugh from his countless jokes and his impersonations. He loved to garden and could grow just about anything imagined; his favorite was Roses.

Zac, a self-taught chef, enjoyed hosting countless gatherings over the years with Lorraine at their home in Narrowsburg, NY and Venice, FL.  Zac also authored a book titled ‘Some Day You Will Cry.”

Zac was a devoted Christian, faithful husband, and loving father. A man of greatness, generosity and the upmost integrity was his everyday way of life. When he walked the beat, he represented all things fair and equal.

Known to be stern in appearance dressed in his uniforms, most often would issue you some advice in place of a summons and in lieu of arrest, an admonishment all without prejudice. Dad, you have given us countless instructions, guidance and love, Rest in Peace.

He was predeceased by, a brother Michele Zaccari.

A Memorial Mass of Christian Burial will be held on Saturday, February 5, 2022 at St. Francis Xavier RC Church, Narrowsburg at Noon, friends are invited to pay their respects from 11 am to noon.

Father Dennis Dinan will officiate.  Burial of Anthony’s Cremains will be in Florida.