Aquatic and Recreation facility in the works

LOCH SHELDRAKE –– Legislators approved committing $15 million toward a $30 million aquatic and recreation facility at SUNY Sullivan on Thursday. A 25-meterlong, 8-lane pool and a 200- …

Aquatic and Recreation facility in the works 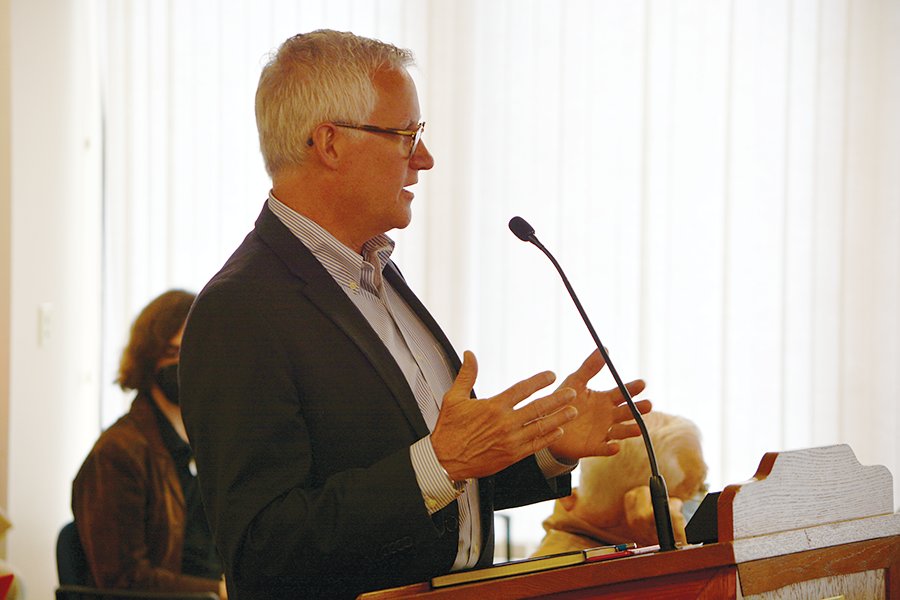 LOCH SHELDRAKE –– Legislators approved committing $15 million toward a $30 million aquatic and recreation facility at SUNY Sullivan on Thursday. A 25-meter long, 8-lane pool and a 200- meter track oval will be centerpieces of the indoor arena.

The resolution requests that New York State contribute the other half of the project’s $30 million cost.

That application will be made for the 2023 State budget. The initial dollar amount on the table at the start of Thursday’s meetings, from the County, was $5 million, but after a lengthy discussion, it was decided by the majority of legislators that they should increase it to $15 million given the potential positive impacts on the community, as well as rising cost of materials. The resolution passed by an 8-1 vote, with Legislator Ira Steingart voting no.

Clarifying his vote, Steingart said he does not oppose the project, but wants to better understand it before giving his assent.

“I love the idea. It’s a great project that promises totransform the County,” said Steingart. “I just want to be more certain of the details before we proceed further.”

Legislative Chairman Rob Doherty said the project is all about the County’s future.

“It’s a demonstration of this Legislature’s commitment to make a significant impact on this County’s health, economy and youth,” he said.

“This will be an amazing facility that is very beneficial not only to the college but the community and the County as a whole,” added Legislator

Joe Perrello, in whose district the college sits. “We plan to build it large enough to host special events, conferences and other public gatherings. It will also be available to rent year-round.”

Fallsburg Deputy Supervisor Dr. Sean Wall-Carty said the Town will be working to “support and facilitate commerce” as a result of the project, and that they welcome inquiries from businesspeople by calling 845-434-8810, ext. 5.

“The Rappaport administration is pleased that a majority of the Legislature saw the vision in a project like this. We believe this will add a much-needed economic driver to the area,” said Wall- Carty.

“We are so glad that the County Legislature recognizes the central importance of SUNY Sullivan in the health and future of Sullivan County,” remarked SUNY Sullivan President Jay Quaintance. “This project will ensure not onlyincreased enrollment moving forward but provide a much-needed community hub for years to come. Having our students and community be able to access a state-of-the-art facility like this will transform both the college and the County.”