Bringing a classic back to life

Denise Lombardi is not a native of Sullivan County—she has lived in Hurleyville for just a few years now—but she has developed a real appreciation for the region’s history.

Bringing a classic back to life 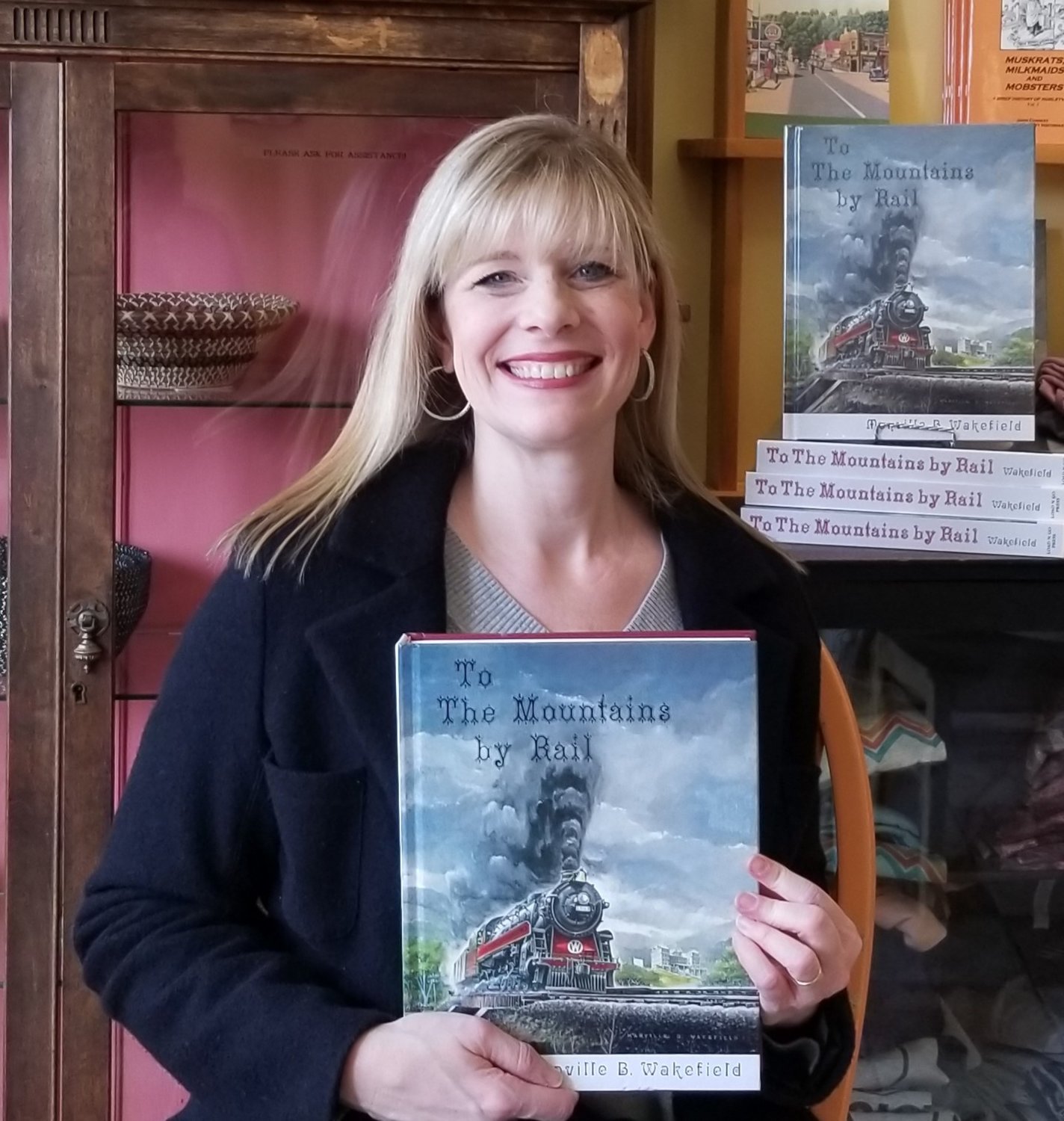 Denise Lombardi of the Hurleyville General Store with “To The Mountains by Rail.”
Contributed photo
Posted Friday, March 18, 2022 7:00 am

Denise Lombardi is not a native of Sullivan County—she has lived in Hurleyville for just a few years now—but she has developed a real appreciation for the region’s history.

The owner of the Hurleyville General Store has hosted several events recently that highlight that history, and has another one scheduled for Saturday, March 26 at 2 p.m. when Myron Gittell, the man behind the recent reprint of the classic, “To The Mountains by Rail,” and this columnist, your Sullivan County Historian, who wrote the introduction to the new version, will be on hand to discuss the book, its significance, and the role the railroads played in the development of Sullivan County’s resort industry.

“While our store is small in footprint, it has evolved into a non-traditional anchor institution for the local community,” Ms. Lombardi says. “As a mission-based enterprise, our values drive us in every facet of what we do. We have received so much encouragement from the community in various forms, it truly has been a life-changing experience for me, and the feeling of being accepted here cannot be described adequately.”

Ms. Lombardi has long had a fascination with books— “Growing up, reading was my refuge,” she says. “I loved going to the library, the smell of the books, the beautiful rows and rows of so many new things to learn about and explore, even the way a hardcover book felt in my hands”— and that has recently translated into a love of Sullivan County’s rich and colorful history, and in turn, the programs at the store.

“I wanted to do this event for the local community, for them to hear about the book, the author, and the republishing process,” she says. “And to help acknowledge all those who assisted in bringing this book back to life.”

For the uninitiated—if it is possible that there are some in Sullivan County still unfamiliar with the book— “To The Mountains by Rail” was originally published in 1970, the masterpiece of longtime Sullivan County Historian, railroad buff, and art teacher Manville B. Wakefield. Featuring hundreds of photographs, hand drawn maps and sketches, and the author’s original artwork, the book became an instant classic.

Wakefield published a second printing in 1973, but both of those versions of the book have become very hard to find in recent years, and copies in decent shape can often command $150 or more from used booksellers, more if they are signed by the author. Purple Mountain Press issued a reprint of the classic in 1989, but even that edition has become scarce.

As its title suggests, the book tells the story of the railroads that served the region—principally the New York & Oswego Midland Railroad (later known as the O&W), although Monticello and Port Jervis is included, as well-- and of the resort industry those railroads spawned. It is possible to fully understand that relationship only by observing it through Wakefield’s prism, by reading the book.

Although no one knew it at the time, Wakefield was writing his masterpiece just as the area’s Golden Age was ending, and when the book was published in 1970, it served as a fitting epitaph for the great hotels of the Sullivan County Catskills. No better treatment of the industry has ever been crafted.

The newest edition was released in 2021, thanks to the persistence of Myron Gittell, whose Load ‘n Go Press is the publisher. Gittell spent more than ten years trying to figure out a way to reprint the original so that the photographs in the book would be crisp and clear. With the help of the O&W Railway Historical Society in Middletown, he was able to access most of the original photos, and OWRHS volunteers scanned them for use in the new version of the book. The resulting photos are in many cases better than the original.

But the hero of this story is Denise Lombardi. She has championed the cause of getting the new book out there, and by hosting the book signings and discussions, has done much to help ensure its success.

Even those who already have the book will find the March 26 event enlightening and enjoyable. Not only are there other local history books for sale in the store, but the space itself will be transformed into a worthy backdrop, decorated for the occasion in a railroad theme.

“We can’t wait for people to see the large model train on full display, operating before and during the event,” Ms. Lombardi says. “With so many other transplants like myself to this area, it will be a great opportunity for them to learn more about this magical region, and to be able to share the book with their family. Just like the original, I think this will become an heirloom for new families to pass down through the generations.”

Space for the event is limited, so reservations are a must. To RSVP, email denise@hurleyvillegeneral.com.

John Conway is the Sullivan County Historian. Email him at jconway52@hotmail.com. He will be speaking about and signing copies of “To The Mountains by Rail” with Myron Gittell at the Hurleyville General Store, 238 Main Street, Hurleyville on Saturday, March 26 at 2 p.m.

The end of Albion Hall