WALLKILL—For 63 years, the Sullivan County Volunteer Firefighters Association (SCVFA) has been honoring the past presidents who have served the association throughout the year with a … 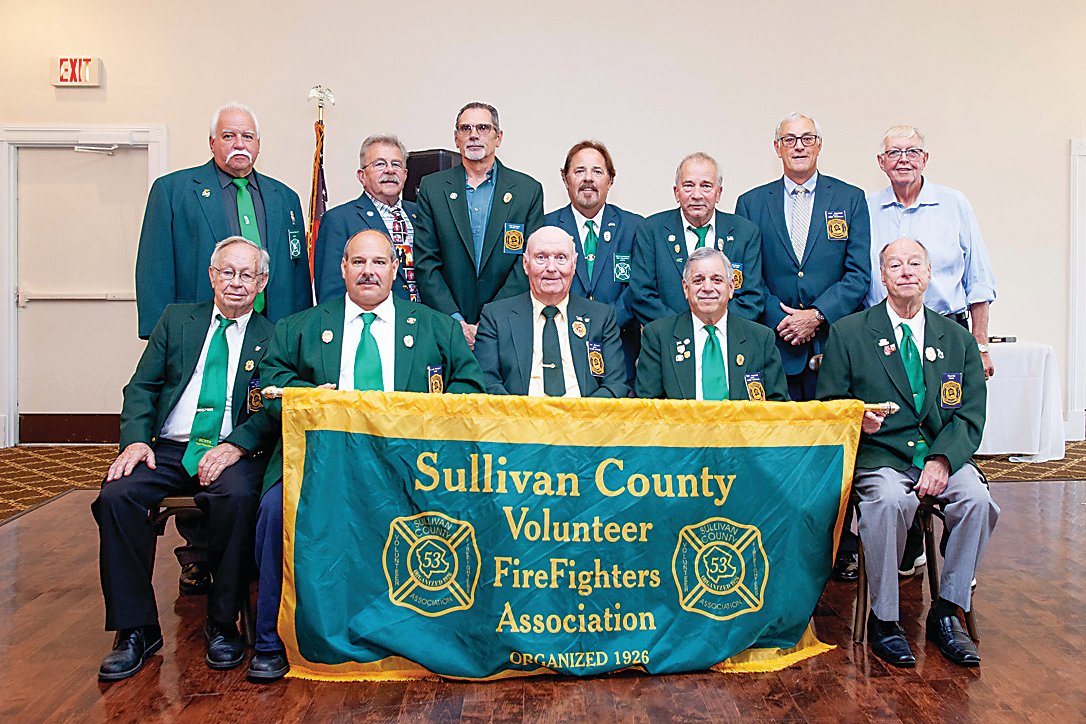 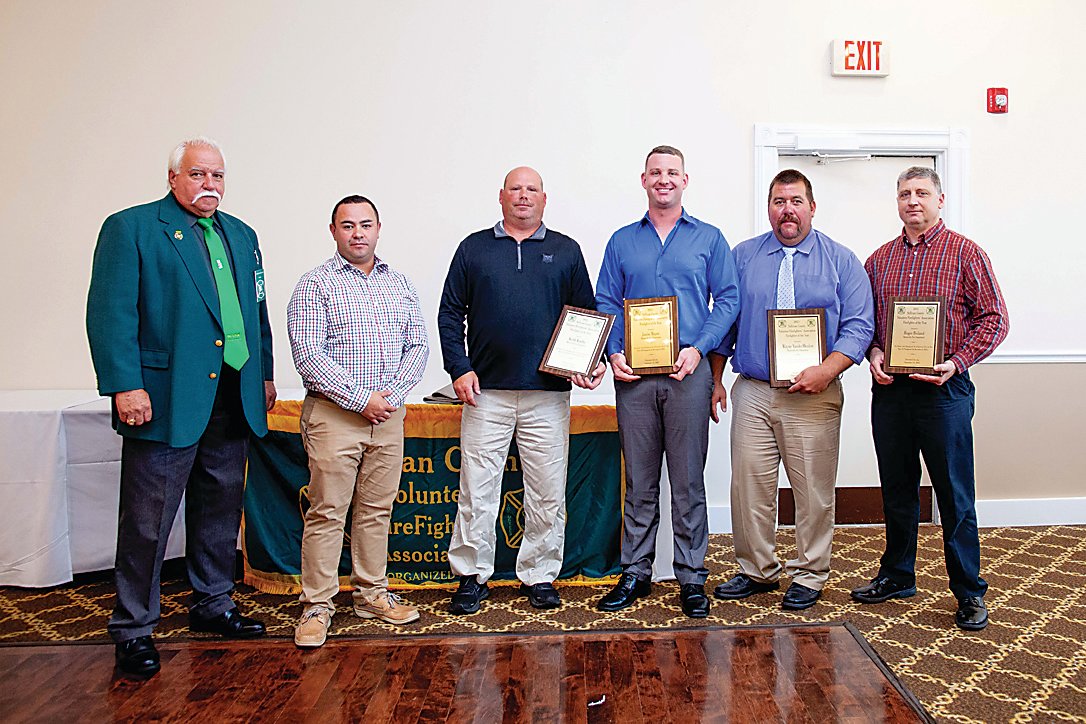 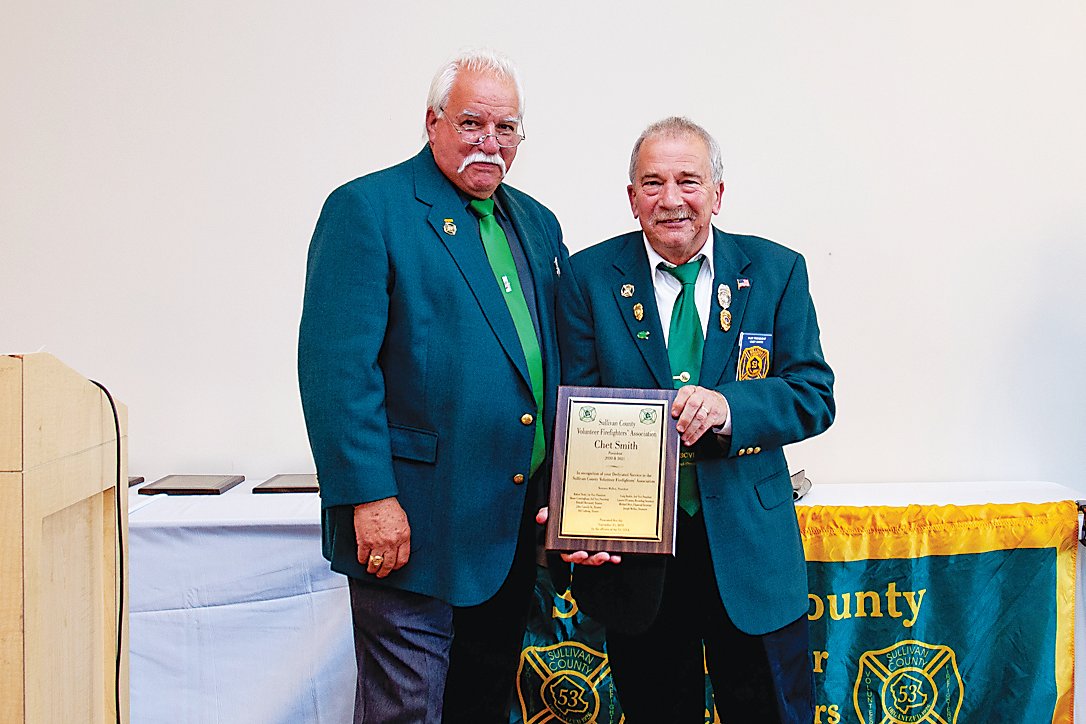 WALLKILL—For 63 years, the Sullivan County Volunteer Firefighters Association (SCVFA) has been honoring the past presidents who have served the association throughout the year with a brunch.

This year, on September 25, the SCVFA held its brunch at the Wallkill Golf Club in Middletown.

“I remember looking out the car window and seeing fire trucks, firemen, and smoke billowing from a large building,” said Galligan.

She was thankful that her father made it home that night, but she knows that not every family was that fortunate.

“We’ve seen over the past year here at home the devastation that follows the loss of a member of the fire service,” said Galligan.

With all the dangers and uncertainties that come with fire services, Galligan asked, “Why does someone become a member of the volunteer fire service?”

She added, “Someone does that because he or she is that unique kind of person built to withstand tremendous physical and mental stress and committed to his or her community. Because doing the right thing is the right thing to do. That commitment to the community comes at a cost. Not every call is an active fire. But every call requires a response.”

Every year the association honors a firefighter with the Firefighter of the Year award, and this year, four men were honored with that award for their brave actions on fire on August 2021.

When the Monticello Fire Department came upon an active structure fire, brave firefighters were able to rescue somebody from the three-story building while battling the blaze.

Working in tandem, the firefighters transported the victim from the third floor as the smoke and heat surrounded them to the outside via a bucket truck, and they were transported to the hospital.