PARKSVILLE — Nestled deep in a valley alongside the Little Beaver Kill River, surrounded by rolling hills and green forest, the small hamlet of Parksville awaits.

And perfectly placed between … 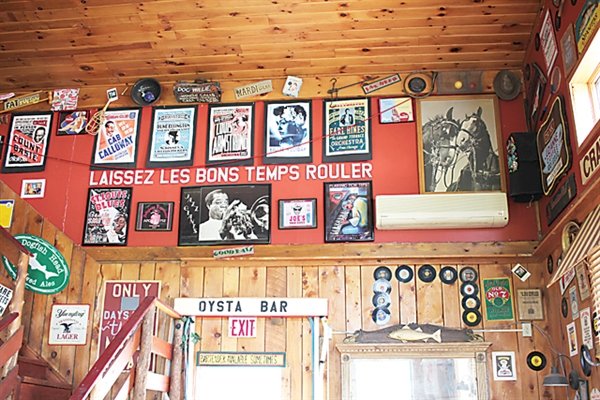 All of the artwork, signs, records and collections of southern memorabilia from the previous Big Willie's Cajun BBQ will remain on the walls of the new Cabernet Frank's.
fiogf49gjkf0d
AUTUMN SCHANIL | DEMOCRAT 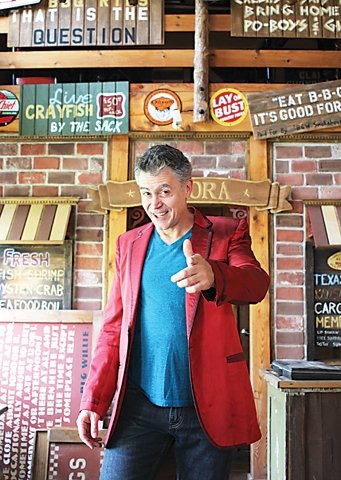 PARKSVILLE — Nestled deep in a valley alongside the Little Beaver Kill River, surrounded by rolling hills and green forest, the small hamlet of Parksville awaits.

And perfectly placed between New York State Route 17 (exit 98) and Parksville's Main Street? The up and coming Cabernet Frank's, formerly known as Big Willie's Cajun BBQ, that will have its grand opening party tomorrow at 4:00 p.m., just after the Livingston Manor Trout Parade.

Abandoned for nearly eight years, the restaurant had been untouched until Wade St Germain and RJ Baker from next door's Beaverkill Studio “Shoot. Edit. Stay” stepped foot inside.

“It looked like everyone just picked up and left right in the middle of service,” said Germain. “There were still silverware roll-ups on the tables. The kitchen was covered in food grime and dust.”

A jazz singer in NYC known as “Cabernet Frank,” Germain is originally from Canada and now lives in Parksville part-time. He moved to the Catskills when his partner, Baker, had a vision, when visiting the area, to convert the old Fried Bros. Feed Store building into an Akiva-inspired film production studio.

Cabernet Frank's as their next endeavor just seemed to fit, as a restaurant, live music venue and a “Road House” inspired film shoot.

To start, Cabernet Frank's will be open every Friday and Saturday, and depending on how it goes, expand to Thursday evenings and Sunday brunch.

“We are still working on some things that won't be done for the opening but will be done by mid-summer,” Germain explained while walking to the restaurant's side window. “We are getting picnic tables to fill the outside yard space and we'll have a pit for BBQ. We want to eventually extend the mezzanine bar upstairs to have a larger sitting area.”

Germain and Baker will be sourcing their ingredients locally: trout from the Beaver Kill Hatchery in Livingston Manor, poultry and various meats from Snowdance Farm also in Livingston Manor, vegetables from farmers markets and Justine's organic garden, beer sourced from Catskill Brewery and the Roscoe Beer Company and coffee from Java Love in White Lake.

Think meat with a coffee-chocolate rub, brick oven chicken, “green eggs and ham” deviled eggs, martini stuffed trout, ribs and brisket, appetizers based on Grossinger's and Kutsher's Catskills hotels from the ‘50s and ‘60s, the ideas are endless.

“We've been wanting to bring something to Parksville that both locals and weekenders can enjoy, something that will get people to say ‘hey, let's get off exit 98 and eat',” said Germain. “and from there they might walk down Main Street, go into another local shop, visit the Rail Trail, who knows.

“We'll be able to hire local people and start to move in the direction of what Parksville was when it was one of the most happening towns/areas in the county.”

Germain and Baker also have the idea to create what will be known as “Pop Up.” Considered a Beaverkill Studio production, their idea is to pair chefs with live music bands and create a cross between a live cooking show and a concert show.

So if you're looking for good eats, craft beer, fine wine, live music and just to try something new, don't miss Cabernet Frank's in Parksville after the Trout Parade on Saturday.

Bands North Forty and Hope Debates will be playing live, followed by a bit of comedy and a jazz number performed by Germain, “Cabernet Frank.”