FALLSBURG — Back in 1983, a Los Angeles school district created a partnership with the Los Angeles Police Department to create a drug resistance education program for students. Based upon the … 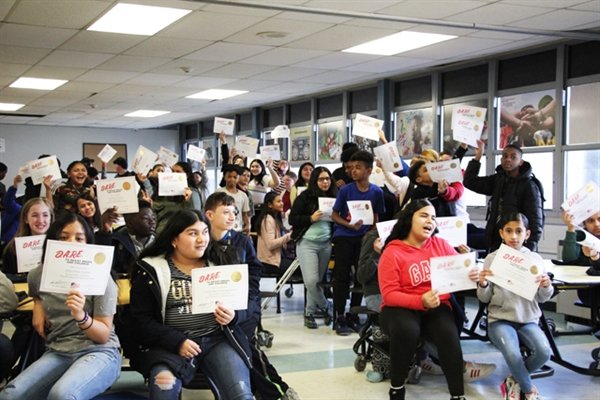 The students in the D.A.R.E. program at Fallsburg Middle School showed off their diplomas at the conclusion of the graduation.
CAROL MONTANA | DEMOCRAT 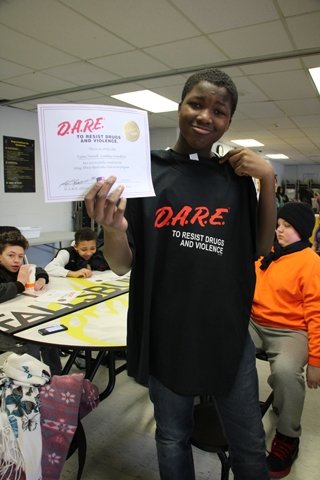 Tyjae Coakley is just one of the 125 proud D.A.R.E. graduates at Fallsburg.
CAROL MONTANA | DEMOCRAT 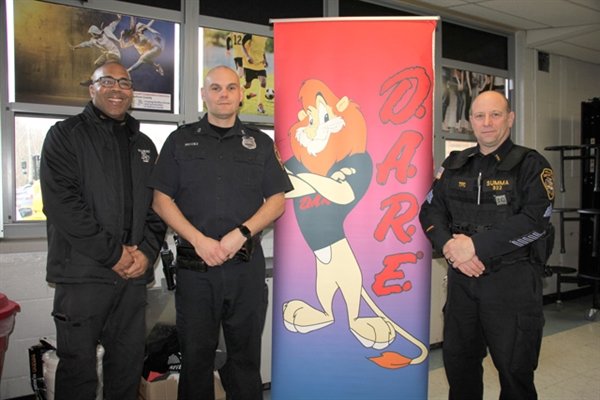 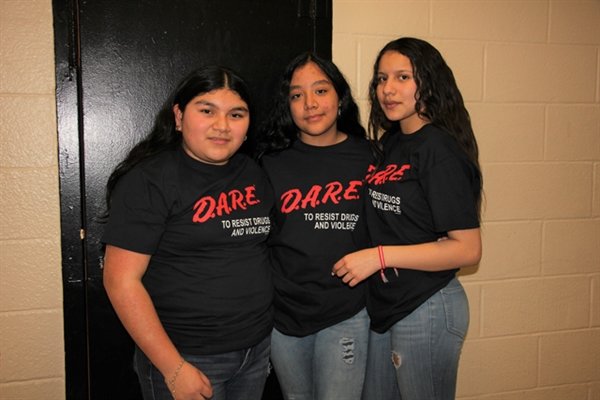 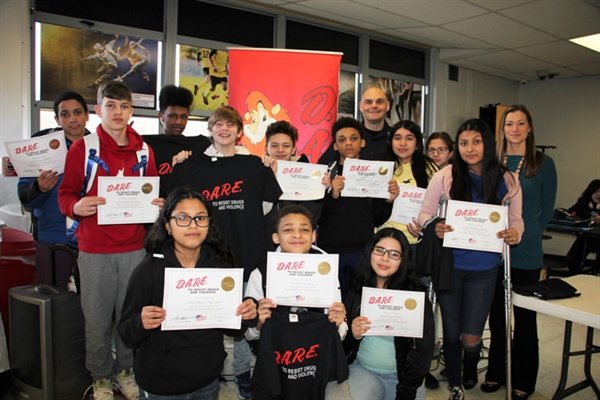 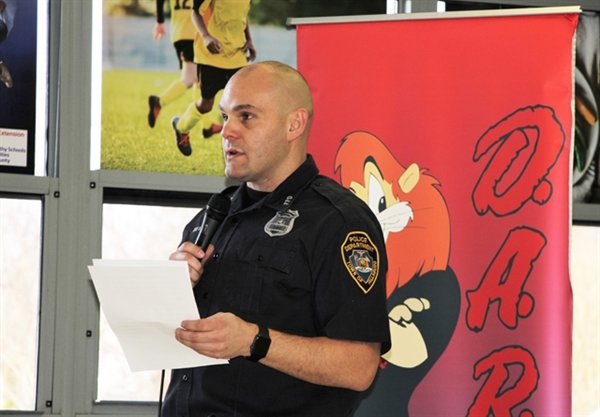 FALLSBURG — Back in 1983, a Los Angeles school district created a partnership with the Los Angeles Police Department to create a drug resistance education program for students. Based upon the science of avoidance at the time, the program taught about specific drugs and effects. A middle-school curriculum was launched on 1984, followed by a high school program in 1989. The program was dubbed D.A.R.E.

Through the years, scientific studies and additions have led to an ancillary program entitled “Keeping it REAL,” (kiR) which includes an interactive curriculum developed by prevention scientists at Pennsylvania and Arizona State Universities. Programs now focus on making good choices throughout a person's lifetime.

The D.A.R.E./kiR program is currently being taught in many area schools including the elementary and middle schools in Fallsburg. That's where, on Thursday, March 5, 125 seventh graders completed their program with a graduation ceremony led by their instructor Fallsburg Police Officer Phil Brooks.

“D.A.R.E. is a curriculum,” Brooks explained, “that's about making wise choices in life and educating our youth about drugs and understanding the consequences and the dangers that are out there. There's a fifth-grade curriculum taught by Sgt. Michael Summa at the Benjamin Cosor Elementary School. I teach the Middle School curriculum, which is the Keeping it REAL program where R stand for refuse, E for explain, A for avoid, and L for leave.”

Brooks explained that the 10-lesson program has a homework book and uses interactive videos and hands-on demonstrations “to get students to understand how it's okay to say no to peer pressure.”

At the end of the program, which is part of the actual school curriculum and conducted during school hours one or two days a week, the students get a certificate and t-shirt.

Sgt. Summa introduced the Dare mascot, appropriately called “DAREin the Lion,” and explained that, D.A.R.E. America, the programs' national organization, decide a representative of courage should be a lion.

“The program starts in fifth grade,” Sgt. Summa clarified, because that's when “students are able to form their cognitive abilities and start making decisions. … they've revamped the program to no longer specifically teach about drug use or drug abuse. It's more about education on making smart decisions prior to being exposed to drugs. The schools are always saying ‘make good choices.' The problem is sometimes the kids need to be informed about how to make good choices and that's where D.A.R.E. steps in.”