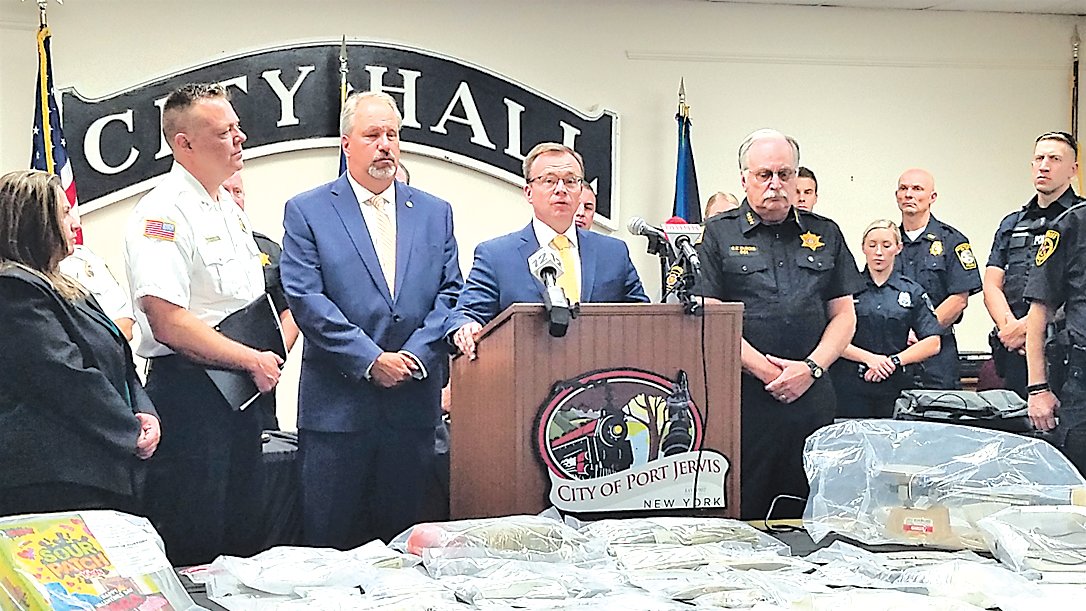 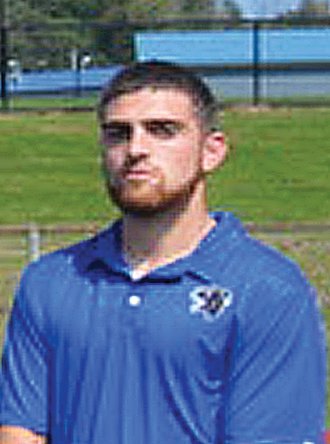 PORT JERVIS — Orange County District Attorney David Hoovler announced on Wednesday that 36 people were arrested and charged in connection to a months-long investigation into a drug trafficking operation in the City of Port Jervis and surrounding areas.

Multiple state and federal law enforcement agencies carried out 17 search warrants earlier this week in  New York, Pennsylvania and New Jersey which resulted in 36 individuals, ranging in age from 24 to 70, charged with a number of drug-related offenses.

Among those charged was a 24-year-old teacher and football coach from the Monticello Central School District, Jack Piscitelli.

Piscitelli was among several defendants charged in Orange County with the class B felony of Conspiracy in the Second Degree, for “having agreed to engage in or cause the performance of conduct constituting the class A felony of Criminal Sale of a Controlled Substance in the First Degree.”

This carries a maximum sentence of eight and one-third to twenty-five years in state prison if the defendant has had no prior felony conviction in the last ten years, or a maximum sentence of twelve and one-half to twenty-five years in prison if the defendant has such a prior felony conviction.

“Earlier [Wednesday], we were made aware that a teacher in the high school was arrested. It is the District’s policy to immediately reassign a teacher to home pending the investigation into any arrest,” said Monticello Central School District Superintendent Dr. Matthew Evans. “This arrest, to the best of our knowledge, was not related to any event or incident on school grounds, nor did it involve any Monticello CSD students. We are closely monitoring the legal proceedings regarding this matter.”

Superintendent Evans went on to say, “We strive to serve our students and community with staff members of high moral character and will take every step available to us to make sure our staff live up to this standard.”

Sullivan County residents facing the same Class B felony of Conspiracy in the the Second Degree charge are Raymond Hamilton, 43, of Glen Spey; Ryan McCormick, 47, of Glen Spey; Tyara Porter, 47, of Monticello; and Tyree Bolden, 44, of Rock Hill.

Officials say Porter, following the execution of a search warrant at her residence, was also charged in Sullivan County with Criminal Possession of a Controlled Substance in the Second Degree, for possessing over four ounces of fentanyl.

According to the Orange County District Attorney’s Office, Wayne Smith, 42, of Deerpark, Joseph Bruno, 43, of Port Jervis, and Christian Shomo, 33, of Mount Hope, are charged in Orange County, New York, with Criminal Sale of a Controlled Substance in the First Degree, for allegedly having sold over four ounces of cocaine on September 7.

Police charged Jose Parra, 61, of Port Washington, New York, with Criminal Sale of a Controlled Substance in the First Degree, in Orange County, for allegedly selling over four ounces of cocaine on August 14. All four were also charged with conspiracy in the second degree.

Police and prosecutors are requesting the public’s help in locating four individuals who are wanted on felony complaints charging them with crimes including Conspiracy in the Second Degree, one of which is Adam Russ, 49, of Wurtsboro.
The Orange County District Attorney’s Office was joined at Wednesday’s press conference by the Orange County Sheriff’s Office, Pike County District Attorney’s Office and the Port Jervis Police Department as well as State Police from New York, Pennsylvania and New Jersey.